GHOST BATH – “THE ORIGINAL BAND LEFT BECAUSE OF MY VOCALS” – NAMELESS.


One of the most talked about extreme bands this year, GHOST BATH have been making waves with their brand of dark, atmospheric compositions and their elusive history. Overdrive talked with vocalist NAMELESS about his approach to writing, the band’s first European tour and signing with Nuclear Blast.

When faced with an individual who refers to himself as ‘Nameless’, one can only assume a troublesome interview. The GHOST BATH vocalist and catalyst to all that band’s happenings, could not have been any more pleasant to deal with.

It’s obvious that Nameless is somewhat of a troubled soul, there is an undercurrent of a troubled past lurking beneath the frontman’s persona which I can only assume is a direct source of inspiration and catharsis for him when performing his music. Overdrive gets beneath the surface of Nameless for a glimpse of what makes GHOST BATH tick. 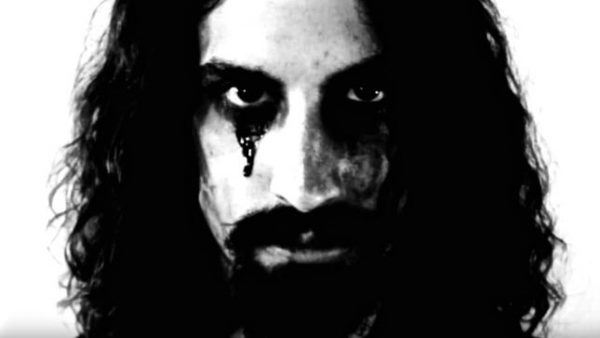 OD – Firstly let me congratulate you on Moonlover, which is a breath of fresh air within the black metal genre. There is a hypnotic element to the compositions; can you talk a little about the approach to writing and creating?

NAMELESS – Well, I can tell you that one of the main influences for this album is based on where I was living at the time. My house was right by this old graveyard, which was a very peaceful place to walk around in. So that’s where the title “Moonlover” came from. It was one night and it was just pitch black apart from the light of the moon.

As far as writing the album, I usually write everything in one session depending on how long it takes which could be anything up to three / six hours. I don’t really tweak it after that. I like the idea and process of “free writing” which is kind of just write as you go along with an idea. I have found that anytime I try to tweak anything it just makes it sound a little worse, so I have this method that seems to be working for me right now. So yeah, basically I try to summon all of my emotions and get it out of my system in the form of my music, which is a really cathartic process for me. 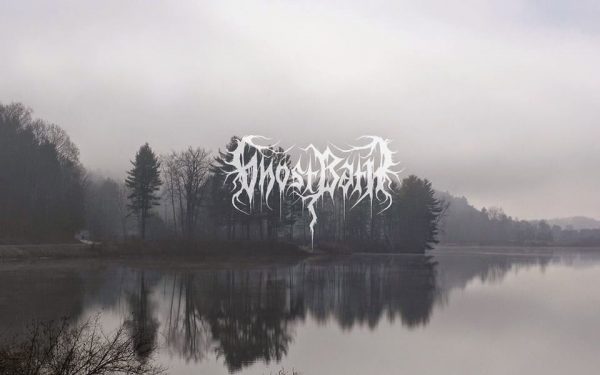 OD – There is most definitely a hybrid of styles on the album, creating tremendous amounts of light and shade in the music, making you ultimately stand out from the masses. Was this a conscious decision or just a natural progression?

NAMELESS – No I recorded everything on a computer and that’s the way it has remained on the album. The melody is something that is just part of me. No matter how bleak and dark the music gets, there is always an undercurrent of melody there somewhere; which is traditional to the way I write.

OD – What were the circumstances that inspired you to start Ghost Bath?

NAMELESS – The reason it all came together was based purely based on a channel for me to express some personal stuff that I don’t really know how to communicate other than through my music. Like I said earlier, it’s a very cathartic experience for me to let all of my emotions and whatever else that I’m feeling just bleed out of me. I don’t really like to fo into specifics on personal matters and prefer to let the music do the talking.

OD – Can we talk about the cover art to Moonlover. There is a considerable amount of symbolism involved here. Can you give me your interpretation of the overall concept of the cover and what it represents to you and the ethos of “Ghost Bath”?

NAMELESS – Before I had the whole record was written I had already thought of the title before anything else. I can’t remember exactly but I think is was through Google, I saw that image and I just knew from that moment that it was perfect for the whole atmosphere of the album.

The artist’s name is Luis Gonzáez Palma and is a postmodern Guatemalan photographer, whose work is just fantastic. His work is very much based around the Guatemalan natives and their struggle to survive. It was kind of a love at first sight thing for me. There is something about the depth and meaning form Luis’s work that really resonates with me. The image itself is titled ‘La Luna’ and was created in 1989. As soon as I saw the image, I found Luis and emailed him to ask for permission. He was such a nice guy and all he wanted was a copy of the CD for his son and we got to use the art for the cover.

OD – Your signing to Nuclear Blast and re-release of the album has generated a considerable amount of interest from European media. Have you noticed an increase of interest in the band’s music since signing? 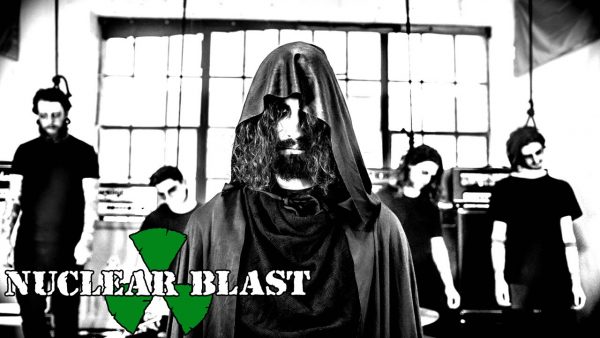 NAMELESS – The whole signing to Nuclear Blast was a really surreal experience and still is in some ways. I never thought that this would ever happen to me. I was making the original E.P for myself and when I finished, the entire band quite because they didn’t like the vocals and that was something that I just didn’t want to compromise. So to be now signed to Nuclear Blast, that’s just something that seemed like a totally outrageous situation to be in. It’s been a year and half of negotiations so it’s not really news to me anymore but it still is kind of strange to think of the journey I’ve taken and to where I am now with things.

OD – You recently completed the first Ghost Bath European tour back in August with Black Dahlia Murder, Dying Fetus, and Goatwhore. Were there been any first impressions that you have noticed the behavior from the punters at the shows, or perhaps the general way extreme music is accepted than that of America?

NAMELESS – That tour came about from Trevor Strnad (Black Dahlila Murder) who happens to write articles for Metal Injection and he had written a piece about the Moonlover album. Once I saw that I just tweeted him and said: “hey it would be great to go out on tour together”. I didn’t think for one moment that it would actually happen!

Regarding the difference at shows, the European audiences are way more responsive but we all know that metal is just so much bigger over here than it is in Canada or North America. I remember playing Bloodstock this year as that was the first festival that I had ever played and it was also the most amount of people that Ghost Bath had performed in front of. That was a really great experience that will stick with me.

OD – Do you find that playing shows like that or in general, can be sort of an “out of body experience” for you as you seem to be very much lost in the music when performing?

NAMELESS – Yeah, regardless of the venue, once the song is in motion, I’m kind of back in a familar territory, which really grounds me in terms of concentration and emotion. That’s one of the powerful aspects of music. It can bring you to different places and really effect your emotions.

OD – Can you give me a prediction as to when the follow-up to Moonlover could possibly be?

NAMELESS – Well, 2017 will see a new Ghost Bath record. I’m one of these people that just keeps writing and the next album is actually completed. I had been working on the follow-up to Moonlover, way before talking to Nuclear Blast. The next album is a lot longer than Monnlover and is the next part of the trilogy that I’m trying to write. I think it’s about 70 / 80 minutes long, which I really like. It’s not like I have been influenced by signing to a label and feeling like I have to adjust or re-think the way I write and compose my music. The whole process is very much me in my basement writing music which I think is very cool.

OD – Finally, what would you consider to be one of your biggest influences? 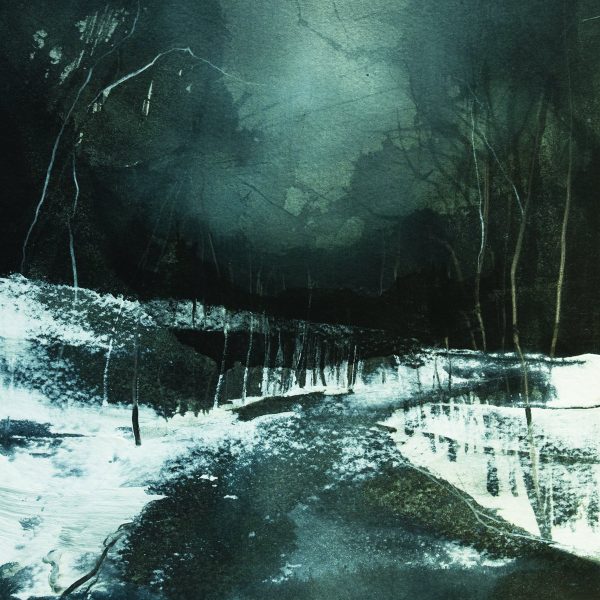 NAMELESS – I would have to say that my biggest personal moment that continues to influence in my actions as well as music, would be during a time when I was very depressed and finding Marrow of the Spirit by Agalloch. That album just really connected with me on so many levels. It was everything I was looking for and I didn’t really know it at the time.

I listened to that record so many times and I just felt that I had to write something like this but in my own interpretation.

Ghost Bath are expected to release the follow-up to Moonlover in 2017 via Nuclear Blast. If you want to get your hands on some limited vinyl pressings, then head over to this link. 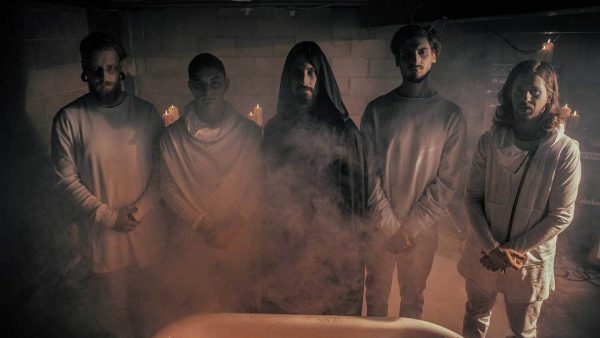