GHOST RELEASE ‘FROM THE PINNACLE TO THE PIT’ AUDIO


Ghost today announced the arrival of “From The Pinnacle To The Pit” from their forthcoming third sacred psalm, Meliora. The song is available to stream and will be available for instant download for those who pre-order the album, along with the previously released track “Cirice”. 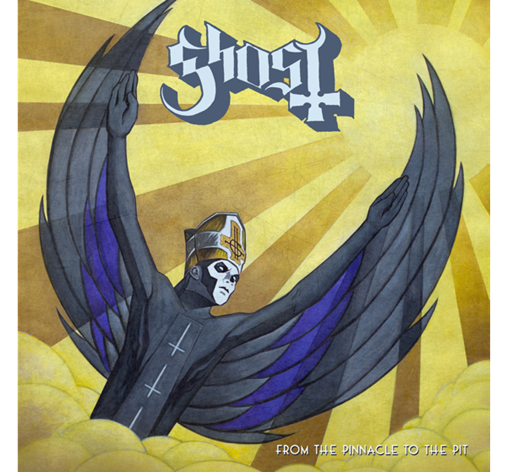 Meliora is due out on August 21st via Spinefarm Records/Loma Vista Recordings, and is the follow up to 2013’s heralded Infestissumam.

“We have always had the craving for a truly stomping riff-based song, Led Zeppelin-style. Something that would sound great coming out of a car stereo in an American high school parking lot” – A Nameless Ghoul, regarding “From The Pinnacle To The Pit”

Check out the awesome new track below!

“The record is yet another creative giant leap forward for the group, mixing up in various and fascinating ways ’70s-era psychedelic and prog rock, unhinged doom metal and classic AOR balladry – all of it informed by a pronounced, sophisticated pop consciousness that yields ear candy-like hooks that last for days” – Music Radar

Pre-orders are available here or via iTunes here. Fans who pre-order the album will receive a complimentary download of album tracks “From The Pinnacle To The Pit” and “Cirice”. Ghost have also released a music video for “Cirice”, directed by Roboshobo, which can be viewed below.

A European tour will be announced shortly. 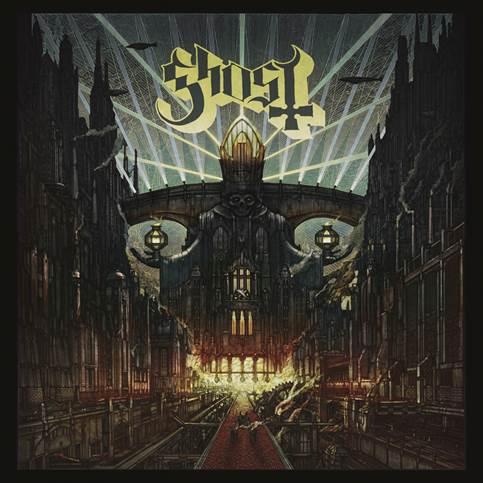 2. From The Pinnacle To The Pit

Ghost released their second album Infestissumam on April 16th, 2013 via Spinefarm Records/Loma Vista Recordings. The 10-song offering was produced by Grammy® Award-winning producer, Nick Raskulinecz (Foo Fighters, Queens of the Stone Age, Alice in Chains) in Nashville, TN, and debuted at #1 on the iTunes Rock Album Chart. SPIN called the album, “one of the most anticipated heavy metal albums of 2013”, and Pitchfork praised its “addictive as sin” hooks. Rolling Stone described their sound as “somewhere between Mastodon and Metallica, with a heavy dose of Swedish synth mixed in”. In November of 2013, the band released If You Have Ghost, a five-track EP recorded and produced by Dave Grohl, including cover versions of songs by Roky Erickson, ABBA, Army of Lovers, and Depeche Mode. Ghost have toured the U.S. extensively and appeared at various music festivals across the country, including Coachella, Lollapalooza and Rock on the Range.