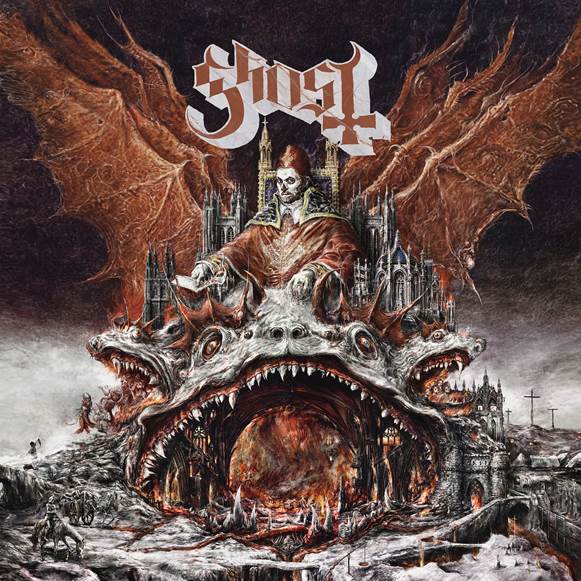 Prequelle, Ghost’s fourth full-length album, needs no such attention-grabbing gimmicks. If anything, the theatrical Swedish satanic pop-metal band has gone from strength to strength since its 2010 debut, Opus Eponymous, to Infestissumam, Meliora, and now today, ‘Prequelle‘.

Ghost mastermind Tobias Forge recently made similar comments to Billboard when he acknowledged that the recent lawsuit filed against him by former members of GHOST affected the making of “Prequelle“. “Of course there was a great sense of urgency over the album,” Forge said. “I had a personal situation that urgently told me to salvage the situation and reclaim what is mine and also justify that it was mine, to begin with. This was a record about survival through trauma. The end result is positive, but it’s about taking a very negative situation and forging it into something great that you can learn from.”

Get the full album stream below:

Dublin’s Thomas House venue will be hosting a free listening party tonight (Friday, June 1st). Organisers commented on the event; “DJs will be playing the entire GHOST discography and related bands all night. We’ll have an A/V Show with videos and live appearances shown on the projector and the new record “PREQUELLE” will be played in its entirety at least twice. FREE entry all night from 8 pm and we actively encourage you to dress up. No sacrifices required. Space is limited so make sure you get down early!” Click here for official event details.