Following their recent Irish debut last Saturday as special guests on Metallica’s Hardwired… World Tour, GHOST have released another chapter from evolution of Papa Emeritus to Cardinal Copia. Watch below…

GHOST are currently on the second European leg of Metallica’s “Worldwired…” tour with a run of dates that will take them up to the end of August before returning back to America for their “The Ultimate Tour Named Death” run which will see them embark on a 32 date run across North America. 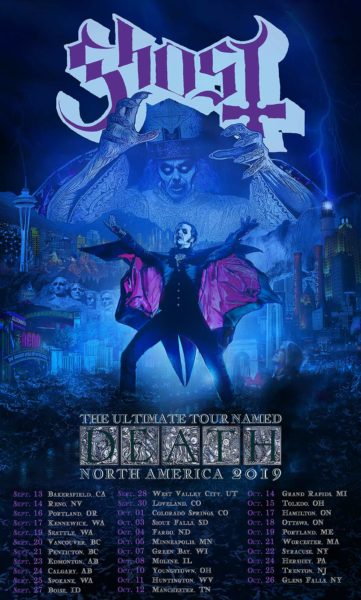 Keep an eye out on Overdrive for a huge feature interview we did with Tobias Forge over weekend where he talked candidly about many different topics.