You’ve been asking for it and now it’s become a reality. Swedish occult pop-rockers, GHOST will be taking to the stage in Ireland for their very first headliner show after wowing Slane Castle earlier this year. 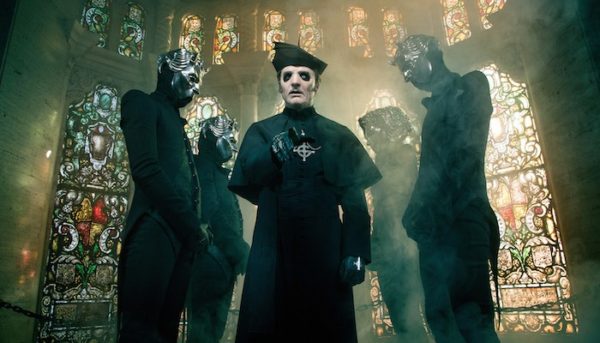 Cardinal Copia and his Ghoul crew will be taking to the stage in the Irish capital’s 3Arena as part of their ‘Ultimate Tour Named Death’ European run on November 20th.

Overdrive in conjunction with MCD are offering one lucky fan the chance to win tickets to the show which you can enter via the simple instructions below.

Tickets for GHOST are on sale NOW via this link.

Having just released their latest single ‘Kiss The Go-Goat‘, last month (hear the track below), Ghost are in the process of finishing up their global tour for their critically acclaimed new album ‘Prequelle‘ before taking a well-earned break and beginning work on a new studio album.

For your chance to win one pair of passes to Ghost, with support from All Them Witches and Tribulation, simply do the following:

That’s it! The winner will be chosen at random and contacted privately on Friday, November 1st. 18+ only. All entries are GDPR protected. 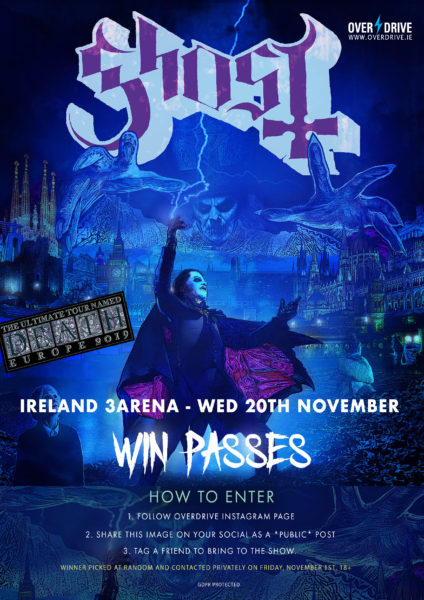