A line-up of some of the most exciting Irish metal will be taking to the stage in Galway’s Cellar Bar on August 4th and you would be stone-mad to miss it. Get all the details below; 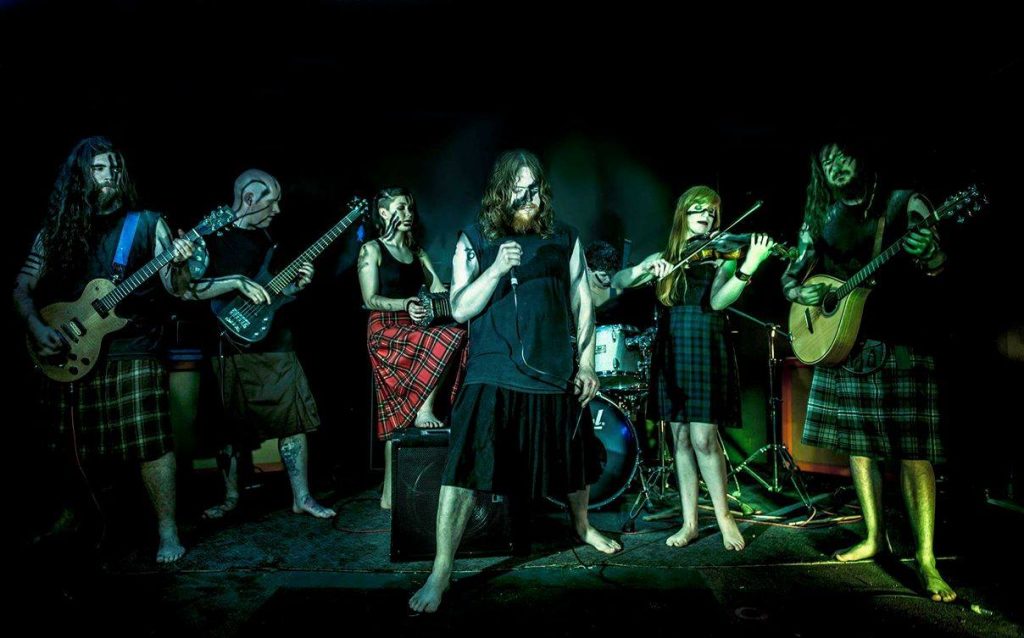 On Friday 4th August 2017, The Cellar Bar in Galway city centre will be under attack from a non-stop barrage of mountain-crumbling riffs, neck-swinging anthems and compulsory horn throwing!

Hosted by Cranium Titanium Metal Show on Galway’s Flirt FM 101.3, this mammoth night of quality Irish metal will no doubt blow the cobwebs away and incite all kinds of mayhem (the good kind).

The show brings together a tantalising selection of metal sub-genres to cater for all tastes ranging from Alternative, to Thrash to Groove to Death To Folk. Appearing on the bill are;

Headliners, Na Cruithne, a six-piece Folk Metal group from Galway City, well known  for their exciting and intense performances, have become an unstoppable tour-de-force of late  with not only securing a position on the new blood stage at this years Bloodstock Festival in the U.K  but playing the main stage at this years world renowned Metal Days festival in Slovenia sharing the stage with metal superstars such as Amon Amarth, Opeth, Iced Earth and Marilyn Manson.

The band’s style incorporates elements of Groove and Black Metal with heavy influences from traditional Irish, Scottish and Breton music.The Irish language features heavily in the lyrics with almost half of the songs as Gaeilge.

Snowblind are a power trio from Dublin. Their music combines elements of progressive, thrash and classic metal. Driven by the musicianship and a love of their craft the band journey into many different styles and forms, striving to go against the grain of modern heavy music as evident in not only their energetic live shows but on their two Eps Existence is futile and split of oak. A must for fans of Thin Lizzy, Metallica, Megadeth, Black Sabbath, Corrosion of Conformity, Mastodon and Iron Maiden. 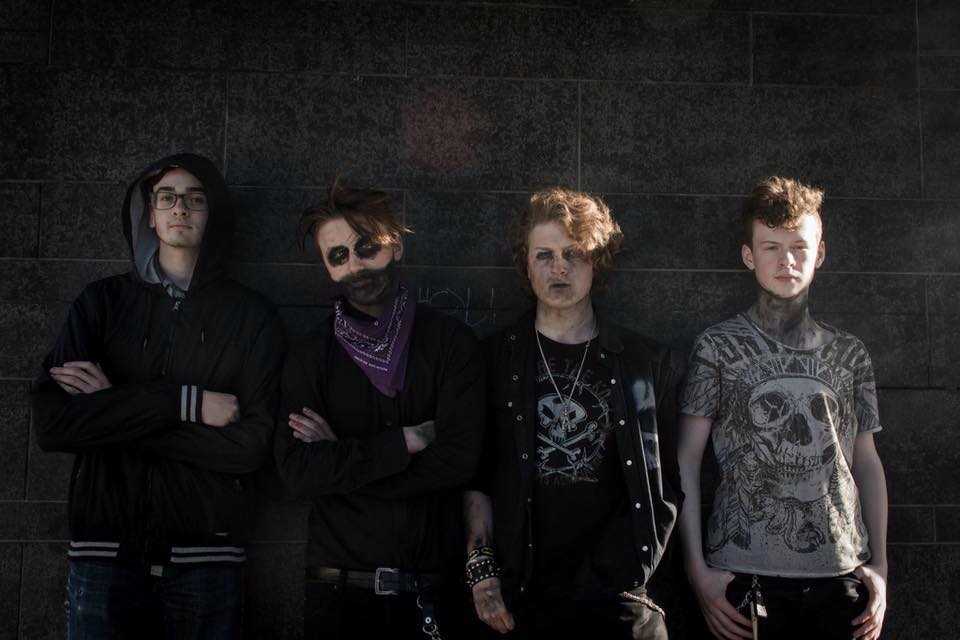 They maybe be a relatively new band but Afterlife To Ashes pull no punches. Since 2015 they’ve been lighting up the live metal scene up and down the country with incredible energetic and theatrical performances. Two strong singles under their belts with ‘Dahlia’ and more recently ‘Insects’ the stage quite literally is set for AFA. This August witness their first Galway show. 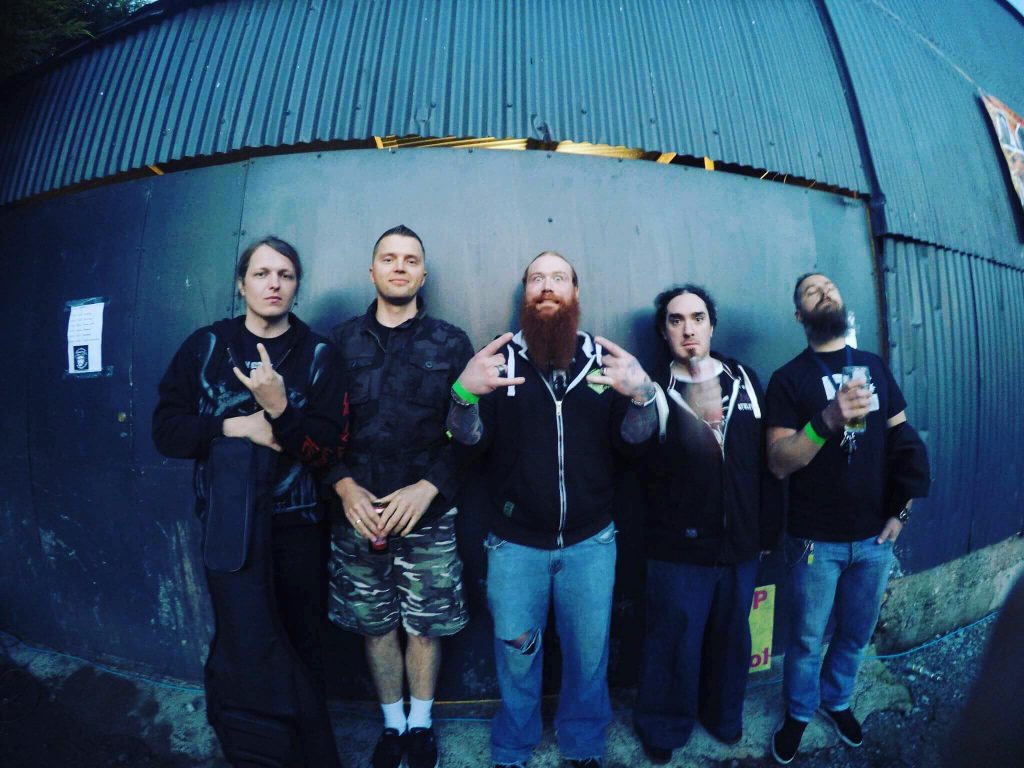 Prepare for ringing ears and broken necks as kicking the night off in the heaviest way possible and also making their Galway debut are Tipps Death tinged, Groove laced, southern belters ‘Sixth Extinction’. Thunderously heavy grooves and the sheer power of frontman Liam Ryan make ‘Sixth Extinction’ an unmissable live act and one that has to be seen to be believed!

This show is brought to you by The Cranium Titanium Metal Show and FlirtFM 101.3.

For more details check out the event page: 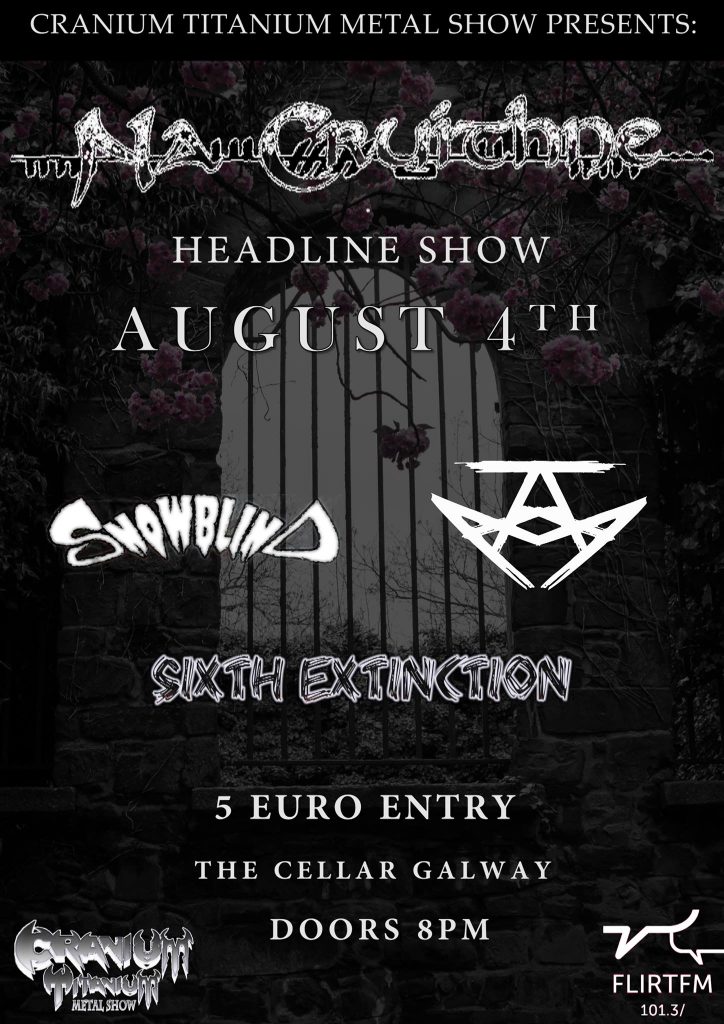