Dublin based grunge pop band OTHERKIN have marked their first 12 months of existence by playing slots at Longitude, Electric Picnic, Hard Working Class Heroes, Other Voices and Whelan’s Ones To Watch. They’ve also followed up supporting NME cover stars Palma Violets and Parquet Courts by completing their own headline tour of Ireland in September. Tonight they will be taking to the stage in The Grand Social tonight to celebrate their “AY AY” single launch and Overdrive caught up with the guys to get the dirt on it all. 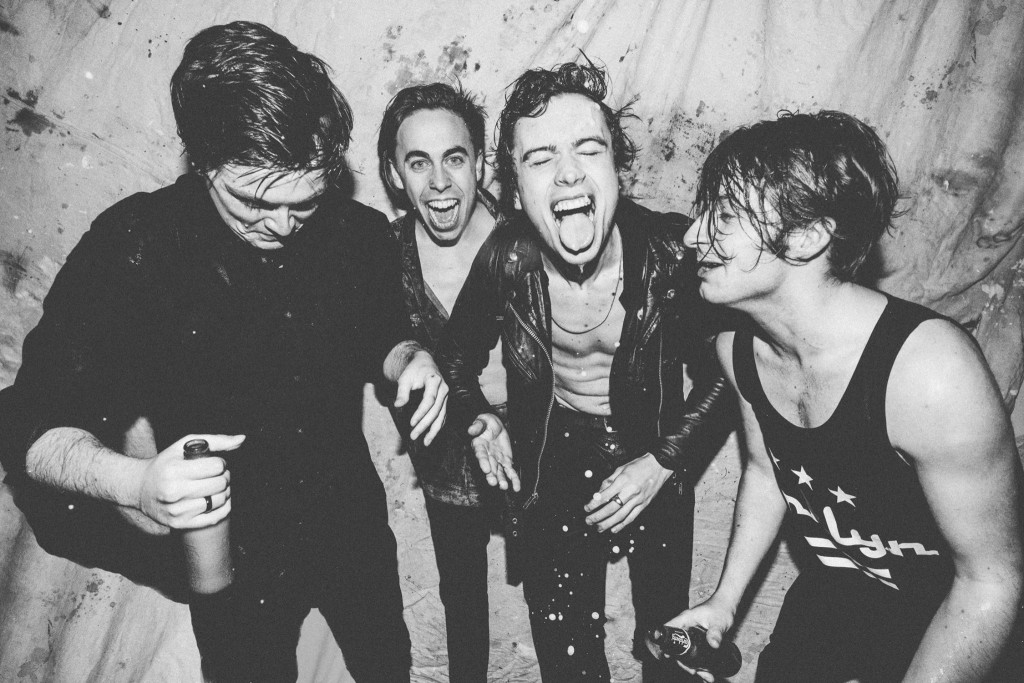 Since releasing their ‘As a High’ EP, OTHERKIN have been on the lips of critics and music-listeners alike. They’ve just put a busy summer behind them and looking forward to what 2015 brings them.

OD – How did the band get started and what style of music did you have in mind when you set out at the beginning?

OTHERKIN -It started off when three of us spent a summer in Toronto together, just knocking out a few covers on our porch. We were getting a great response off of our new Canadian friends, so took the hint and kept playing together afterwards. About a year later we recruited a drummer and started to practice and write songs, by the end of 2012 we’d played our first show.

OD – Can we talk about the name for the bands and where that came from?

OTHERKIN -Our drummer Rob used to think he was a Dragon, its also known as being Otherkin. We thought it was pretty weird and we just sort of went with it.

OD – Did you have any other names that you were considering before you picked OTHERKIN?

OTHERKIN – Yep, “Indian Summer“. We weren’t aware there was a punk band with the same in the 80’s, we got loads of hate mail and abandoned ship.

OD – As a band coming out of Dublin, what would you say has been the biggest obstacle that you have had to deal with and if you could go back in time would you change anything?

OTHERKIN – There’s always going to be obstacles with most things in life, it’s a matter of working your way around them. If anything technology has hugely enabled musicians to gain a global reach from the safety of their bedroom. I wouldn’t change anything no, we’ve had a real good time so far.

OD – Do you have any information on the debut album and it’s title, release date and possible headlining tour to coincide or is it early days to be talking about it? 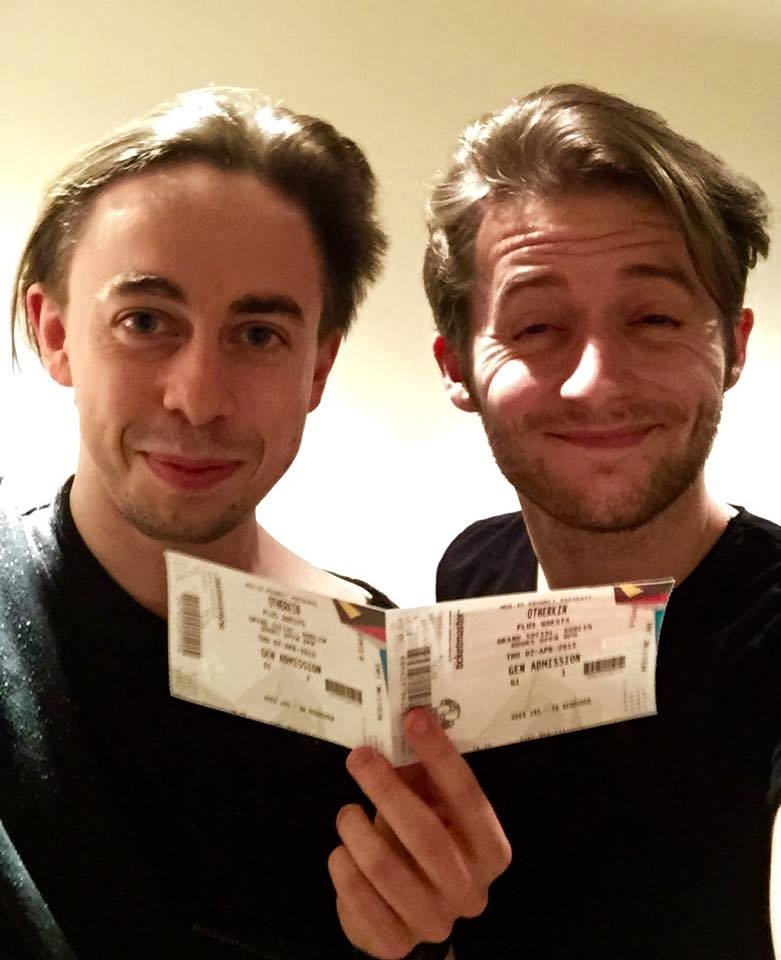 OTHERKIN – No plans for a debut album as of yet, we’ve been building up a few songs though that we’re excited about. “Love’s A Liability” is going to be our next single.

OD – You have toured extensively over the last 12 months and played some epic shows including Longitude and Electric Picnic, what has been the most stand out moment for you when looking back?

OTHERKIN – We played and hosted a House Party / Gig on Halloween with Bitch Falcon and Paddy Hanna, that was definitely the most fun.

OD – Do you feel that bands in Ireland deserve more attention from the press and should feature more in the playlists of our radio stations?

OTHERKIN – Yes, but a station should never compromise quality. There’s some amazing Irish music out there and a lot of it definitely does make the radio. The tracks that don’t make the radio are most likely not crafted for that purpose. I would like to hear more Rock music on the radio in general though, there’s some great guitar based music being made at the moment.

OD – As a band that have been together for just over a year, you have managed to clock up a lot of milestones during that time, can you give an insight into how you approached the business end of the music industry when dealing with managers, promoters etc?

OTHERKIN – We’ve just worked really hard on all elements of the band from our songwriting to live show, luckily along the way we’ve managed to build up our little crew who has really helped us develop the band.

OD – Have you had the chance to play outside of Ireland and if so how did you find that experience of dealing with new territories?

OTHERKIN – Not yet but we’ll be heading over to the UK in May, we’re really looking forward to it!

OD – Do you find that when playing places for the fist time, it gives you a push to really make your mark and go that “extra mile” to ensure that people will remember the show?

OTHERKIN – With every show we play we put on the best show possible, we love getting into the set as much as possible – it’s important to leave an impression on people with every live performance you do.

OD – What is best description you can give to anyone that has never seen OTHERKIN live?

OD – What does the remainder of 2015 mean for the band and will we be seeing you play any festivals in Ireland or anywhere outside of the country?

OTHERKIN – We’re currently sorting out some festival dates, so yeah hopefully we can announce them soon. The main focus is getting our music video out for ‘AY AY’ then following that up with our next single.

OD – Finally, what bands are you listening to at the moment or who should we know about from our own local scene that you would like to recommend?

OTHERKIN – Okay, five artists who’ve been getting regular play time on the OTHERKIN playlist is Minnie Riperton, FIDLAR, Nirvana, Kendrick Lamar and Skaters. From the local scene we’re fans of The #1s and Other Creatures.

For more information on OTHERKIN check out the following links: 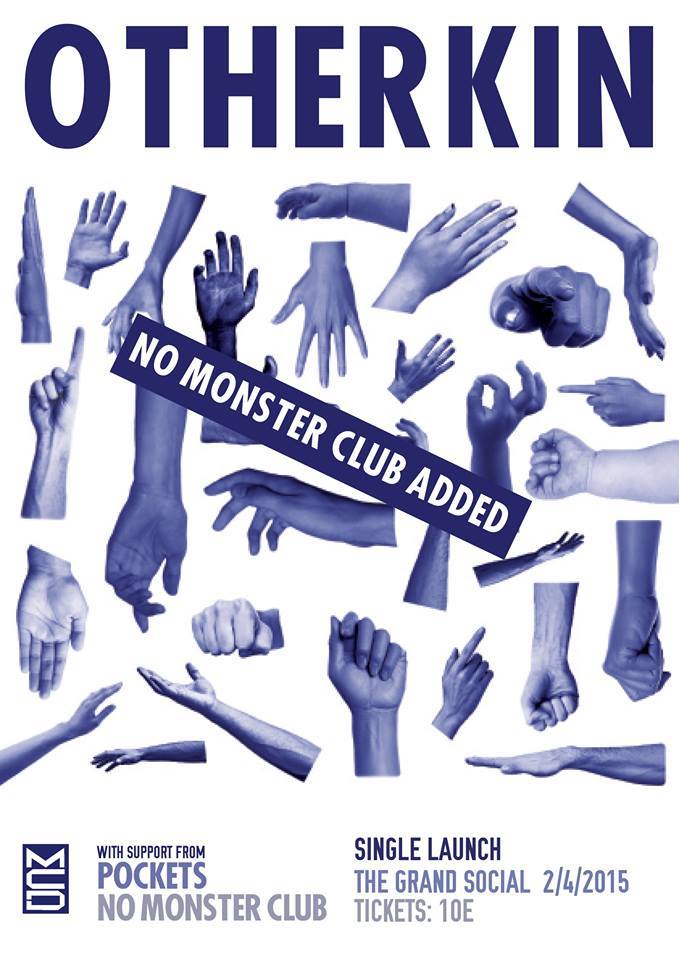