GO BEHIND THE SCENES WITH GHOST…


Ghost ‘behind the scenes’ video emerges online. Get the full video below;

The once elusive frontman from rising occult sensations, GHOST is beginning to unveil a little more about the band and the legions of fans the world over are embracing it with enthusiasm.

The latest footage comes from a 3-minute video published by Entercom, showing a behind the scenes style walk-through from none other than Cardinal Copia himself.

The band’s live set includes two new songs, “Kiss The Go-Goat” and “Mary On A Cross“, which are both included on a new limited-edition seven-inch single, released last month.

GHOST is continuing to tour in support of its latest album, “Prequelle“, which was produced by Tom Dalgety and originally released in on June 1, 2018. 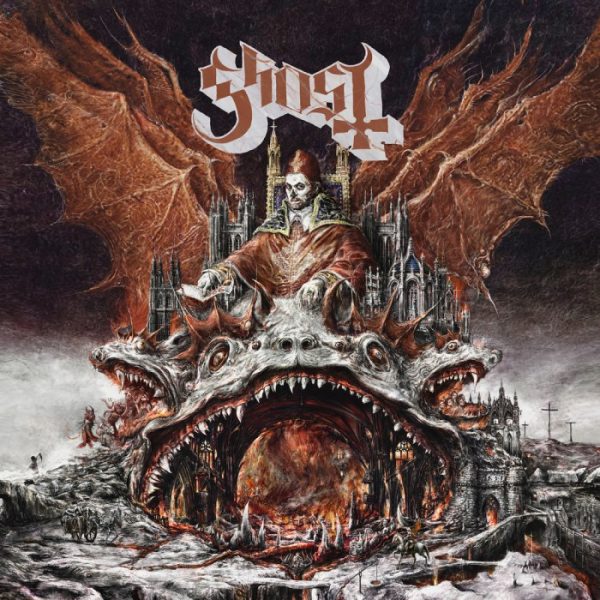 GHOST mastermind and lead singer Tobias Forge said in a recent interview that he has had the concept for the band’s next album in mind for more than a year.

Forge performed as a “new” Papa Emeritus on each of the band’s first three LPs, with each version of Papa replacing the one that came before it. Papa Emeritus III was retired in favour of Cardinal Copia before the release of “Prequelle“.

Ghost will be performing their debut headline show in Ireland’s 3Arena on November 20th with tickets on sale now via Ticketmaster. Support comes from All Them Witches and Tribulation. The full list of UK/European dates are listed below;