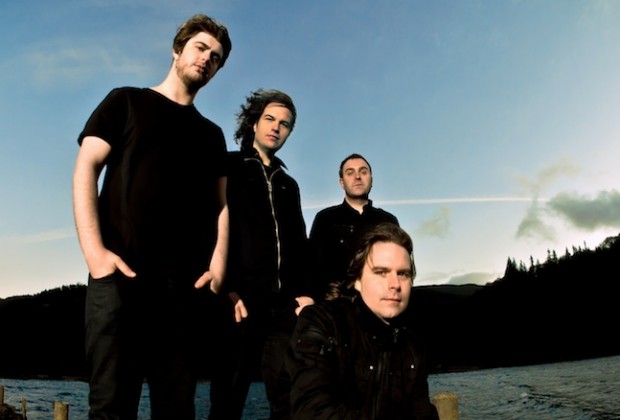 God is an Astronaut will play a date at The Academy on Saturday 26th October, this will coincide with the upcoming release of their new album. Tickets €22.50 incl. booking fee go on sale this Friday 12th July from all Ticketmaster outlets and www.ticketmaster.ie

The new album ‘Origins’ their seventh full-length album and is their first as a five-piece and cements their place as one of the world’s most intense, musically- and visually-inventive post rock bands. Renowned for their searing live shows in which the music is married with provocative projected imagery, GIAA consider each of their albums to be a sonic ‘photograph or snapshot of who we are in that moment of time’ and Origins is perhaps their most saturated, striking snapshot to date.

Comprising a dozen tracks, Origins fluctuates from controlled ferment (‘Calistoga’) to plaintive, piano-led reverie (‘Autumn Song’) to rhapsodic, unapologetically melodic fever (‘Signal Rays’) while never losing its focus. A wide spectrum of emotions are conjured over the course of the album and, while half of the tracks feature vocals, the voices have been laden with resonant swathes of effects so as to retain a similar ambiguity to the instrumentals. It is this ambiguity that lends Origins its power. Perseverance in times of emotional hardship appears to be the overriding theme of Origins, though it has always been the juxtaposition of seemingly disparate sounds, words and visuals that afford GIAA their singularity. The listener’s interpretation of the music is as valid as the emotions that inspired the band to make it.

Origins is notable also in GIAA’s return to Rocket Girl records, who licensed the band’s breakthrough album, All is Violent, All is Bright in 2005. In the eight years since then, GIAA have continued to release albums and an EP on their own Revive Records (A Moment of Stillness EP, 2006, Far From Refuge, 2007, God is an Astronaut, 2008 and Age of the Fifth Sun, 2010), amassing a vast following on social media sites (150,000 fans on Facebook, half a million listeners on lastfm.com) and touring extensively, establishing themselves as Ireland’s most intense, incandescent live act.

The band was founded in 2002 in Glen of the Downs, Co. Wicklow by twins Niels and Torsten Kinsella, and since then has expanded to include Lloyd Hanney (drums), Jamie Dean (piano/synths) and Gazz Carr (guitar). During the recording of Origins, the band were additionally joined by Pat O’Donnell on vocals, guitar and keyboards, and the album’s more vocal-led, experimental guitar approach is due in no small part to The Fountainhead frontman, who co-wrote many of the songs alongside Torsten.

See God is an Astronaut in The Academy on Saturday 26th October. Tickets €22.50 incl. booking fee go on sale this Friday 12th July from all Ticketmaster outlets and www.ticketmaster.ie