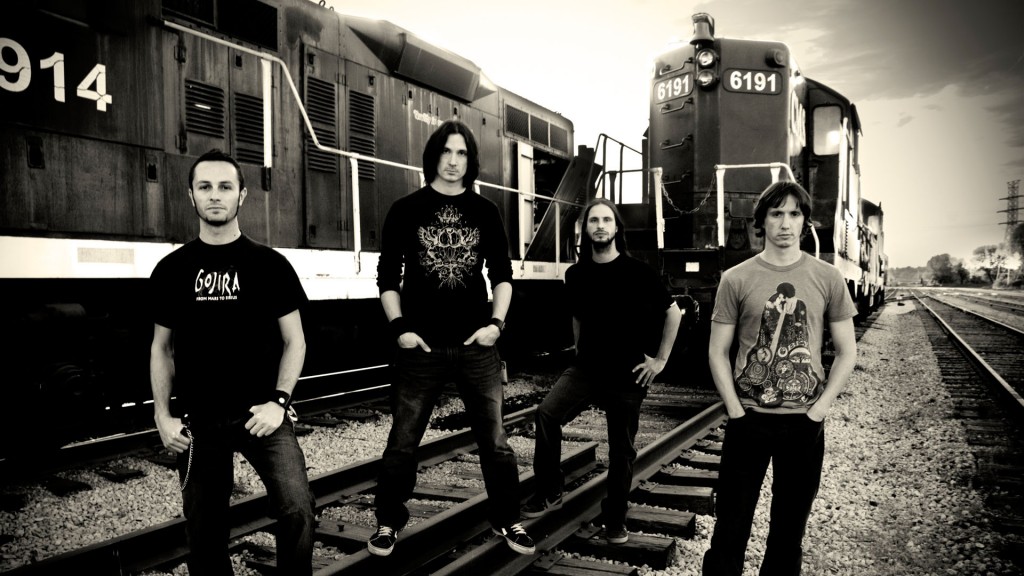 There are few bands that can bridge the contemporary Metal scene to the rich legacy that has been left by such icons as Metallica, Motorhead, Slayer, Iron Maiden, but GOJIRA are an exception. With a flawless discography and a truly unique and ground breaking sound that has impressed some of the most respected musicians in our beloved scene.

There is no doubting that GOJIRA are one of the most exciting and ground breaking Metal bands to emerge in a long time. Overdrive are pleased to announce their return to Ireland with an exclusive date in Belfast’s Limelight on August 27th and Dublin’s Academy on August 28th 2015. Tickets are on sale on Wednesday 18th March at 9am priced at €22.50 (inc booking fee) Dublin and £17.50 ( plus booking fee). This will be +18 show, sorry kids.

“When you become a musician, you don’t have a boss telling you what to do so you have to be very responsible,” he affirms. “With freedom comes responsibility so I’m asking myself, ‘What is freedom? What does it mean to me?’ L’Enfant Sauvage reflects on that. There’s no answer though. There’s just life and questions.”

Metallica handpicked them to open North American and European tours. Lamb of God also took them out on the road, and frontman D. Randall Blythe guested on “Adoration for None.” Meanwhile, Joe was Invited by the legendary Max Cavalera to handle four-string duties on Cavalera Conspiracy’s debut, Inflikted. They also released a high-profile track benefitting non-profit, marine wildlife conservation organization, Sea Shepherd. However, after touring for nearly two years in support of 2008’s The Way of All Flesh, the quartet found itself at a crossroads.

“There’s a lot of intensity on this record,” exclaims Joe. “We have a lot of fire in our minds and bodies, and we need to evacuate it through music. We don’t want to burn people with this fire though. We want to make them bang their heads. It’s about sculpting this raw energy into something positive.”

The group’s heavy edge remains brutally intact. In some ways, they’re fiercer than ever. Yet, Joe has taken time to focus on different lyrical topics especially on the record’s first single and title track.

He adds, “I’m at a time in my life where I’m wondering about things differently than I did when I was a teenager. Previously, Gojira albums would talk extensively about the universe, the mysteries of Life in general and the destiny of mankind as a whole. L’Enfant Sauvage is closer to my condition in society. I’m not wondering what the species is doing, but what I’m doing. I’m trying to stay a free spirit.”

Roadrunner Records has proved to be the perfect home for the French outfit, and together they’re going to make an even deeper imprint on metal.

“The music didn’t change at all,” he assures the group’s faithful. “We would’ve released the exact same record if we were still independent. I want to say that and get it out of the way. Roadrunner has such an incredible legacy and aura. When I was a teenager, I’d buy a record just because it had the Roadrunner logo on it. I’m a huge fan of so many artists the label launched like Death, Sepultura, Fear Factory, Machine Head…”

Ultimately, L’Enfant Sauvage is about preserving integrity and honesty. Gojira haven’t strayed from their roots. Instead, they’ve taken the foundation they made and built a whole new monster with this wild child.

“I’m trying to keep the child inside pure. Without a Name, social security number, identification card, or frame of reference,” Joe concludes. “This could be a message to all of our fans that you should keep that child alive as much as possible. Or, it could be something else altogether. It’s up to you.”

For your chance to win a pair of tickets to GOJIRA, you need to hit the link below and do the following: (1.) SHARE & LIKE (2) INVITE YOUR FRIENDS TO LIKE OVERDRIVE PAGE (3) TAG YOUR FRIENDS IN THE COMMENTS SECTION. 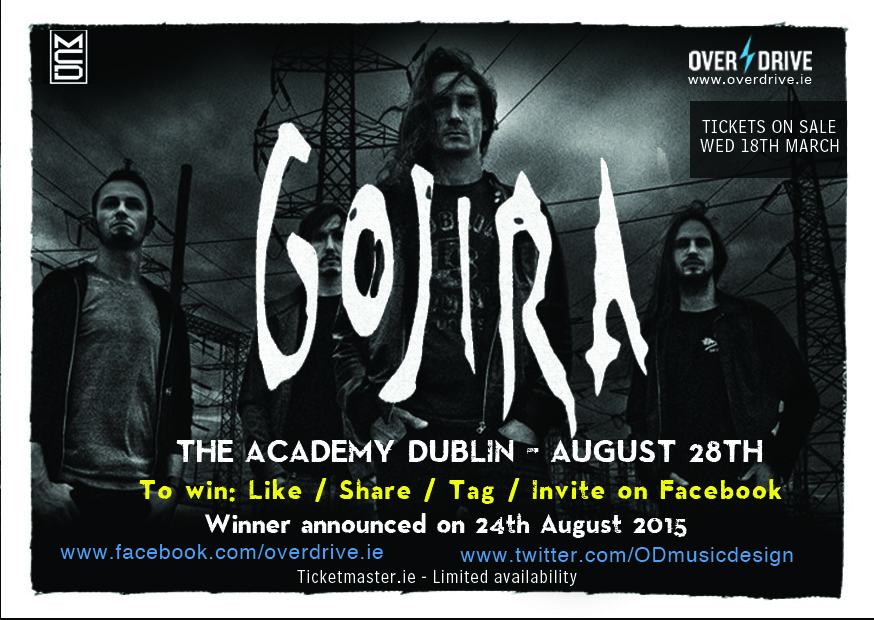 You’ll be thinking about L’Enfant Sauvage for a long time to come.