Roadrunner Records’ group Gojira have debuted their official music video for ‘Low Lands.’ Taken from their acclaimed chart topping new album MAGMA, ‘Low Lands’ and its music video are streaming now on the Gojira’s official YouTube channel. Check out the video below… 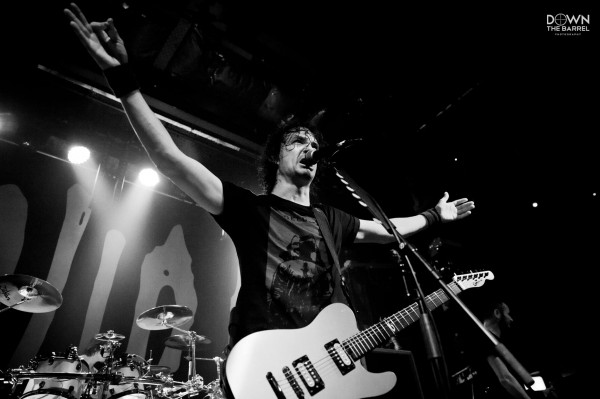 Joe Duplantier commented on the new visual stating, “It is an intimate and poetic piece directed by our dear cousin and friend Alain Duplantier. One of the ‘characters’ featured in this film is ‘Gayeres’ the family house where Mario and I grew up. We jammed to our first songs, started Gojira, and recorded most of our albums there. Our sister Gabrielle also contributed to the making of this video. We want to thank all the wonderful people who worked hard to make this happen and all our fans for supporting us with so much passion and respect. We hope you’ll enjoy the trip as much as we do.”

Last month Gojira returned with their widely acclaimed new LP MAGMA to take the #1 spot on Billboard’s ‘Hard Rock Albums’ chart making them the first French band to hold the #1 spot on the chart in its nine year existence. The release of MAGMA marked the highest chart debuts of Gojira’s career around the globe.

This Autumn, Gojira embark on an extensive North American headline tour with Tesseract. The band return to the UK from November 23rd, in support of Alter Bridge. Volbeat and Like A Storm also perform. Tickets are on sale now for the following arena shows:

Recorded at the band’s own Silver Cord Studio in Ridgewood, Queens, MAGMA is produced, mixed and engineered by Gojira. It is the first of Gojira’s albums to be recorded at Silver Cord, their new NYC headquarters which brothers Joe and Mario Duplantier began building out by hand in 2014.

MAGMA has been heralded by two stunning visuals pieces for album tracks “Silvera” and “Stranded.” “Silvera” is accompanied by a Drew Cox directed music video shot in New York City, which has received over 1.5 Million views on Gojira’s official YouTube channel while the official video for “Stranded,” directed by Vincent Caldoni, has already garnered 2.1 Million views and charted in the Top 25 on Spotify’s US Viral 50 chart.

Before the Autumn dates at the end of the year, Gojira will be taking to the main stage directly before Mastodon on the Saturday night at this years Bloodstock Open Air Festival on August 13th. You can purchase tickets for Bloodstock on this link.

Live photography – Down The Barrel Photogaphy