Former VAN HALEN singer Gary Cherone has joined increasing criticism towards The Recording Academy for failing to come up with a more meaningful way to recognize Eddie Van Halen at this year’s Grammy Awards.

The legendary VAN HALEN axeman was included in Sunday night’s “In Memoriam” segment at the 63rd annual Grammy Awards, where The Recording Academy paid tribute to musicians who died in the past year.

At one point in the segment, Eddie Van Halen’s name flashed across the screen over a clip of him shredding a guitar solo while a spotlight shone on his iconic red-white-and-black guitar (see below).

A short time later, Cherone took to his Twitter to write: “Maybe an Artist that reimagined how one plays an instrument, who continues to influence generations of musicians and, literally changed the course of rock ‘n’ roll deserves more than fifteen-second at the Grammys? #LongLiveTheKing“.

Cherone wasn’t the only person to criticize The Recording Academy for the way Eddie Van Halen was honored during the Grammy broadcast.

SiriusXM radio personality Eddie Trunk shared a video of the tribute, and he included the following message: “So in a more than 3-hour show this is all the @recordingacademy #grammys could muster for an ICON?! I am beyond outraged and disgusted. New lows even by Grammy standards!!

They had 5 months to do something! @wolfvanhalen had a # 1 rock song that he could have played. Could have had a guitarist do Eruption. Could have said his name in the open when you did mention artists who died. This is pathetic! But sadly expected with this organization who are nothing but a popularity contest. Lost for rock since they gave [JETHRO] TULL the Grammy over METALLICA. But truly a new low in disrespect tonight. Astonishing“. 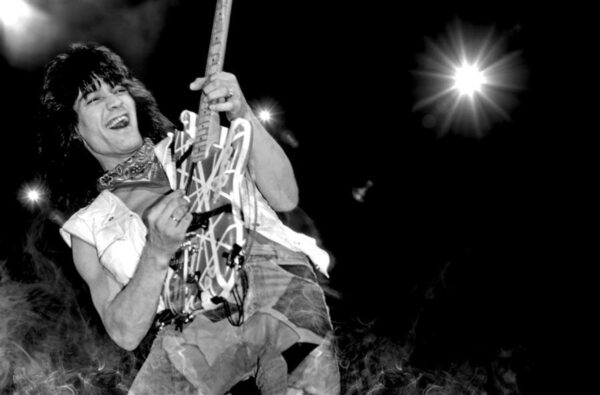 Meanwhile, FOZZY singer and wrestling superstar Chris Jericho apparently missed the Eddie tribute entirely, tweeting: “Hey @RecordingAcad …no tribute to @eddievanhalen tonight? You and your bullshit awards can GO FUCK YOUR ASS!! And don’t ever try to give my band a nomination. I’d rather win a @RazzieAwards … #FuckOffGrammys #Grammys“.

The Recording Academy regularly comes under fire for failing to include musicians who died in the past year, largely due to the time limitations of the broadcast. More than 800 names were considered for inclusion this year, according to Variety.

On its web site, The Recording Academy included all of those names on a more comprehensive list, noting that the televised “In Memoriam” segment is meant to only highlight some of the artists who died this year, not necessarily all.

Eddie passed away in October at the age of 65.

VAN HALEN was inducted into the Rock And Roll Hall Of Fame in 2007. 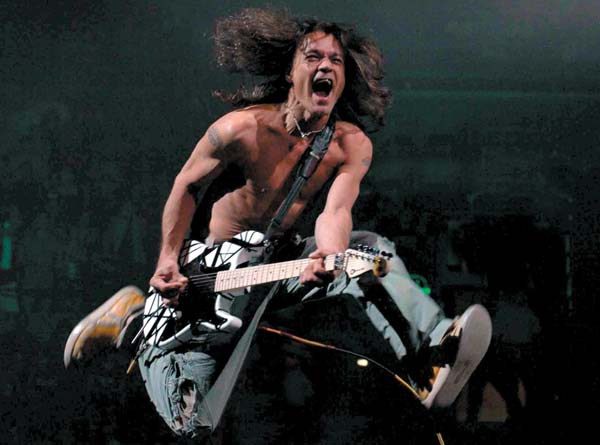