On February 24, Neuweltmusic conducted an interview with Swedish heavy rockers GRAND MAGUS before their concert at The Pint in Dublin, Ireland. You can now watch the chat below as well as some fan filmed footage of the show.

GRAND MAGUS released its new album, “The Hunt”, in Europe on May 25, 2012 via Nuclear Blast Records. The CD’s cover artwork was created by Arik Roper (CATHEDRAL, HIGH ON FIRE, SLEEP), who also handled the art on GRAND MAGUS’ “Iron Will” LP. 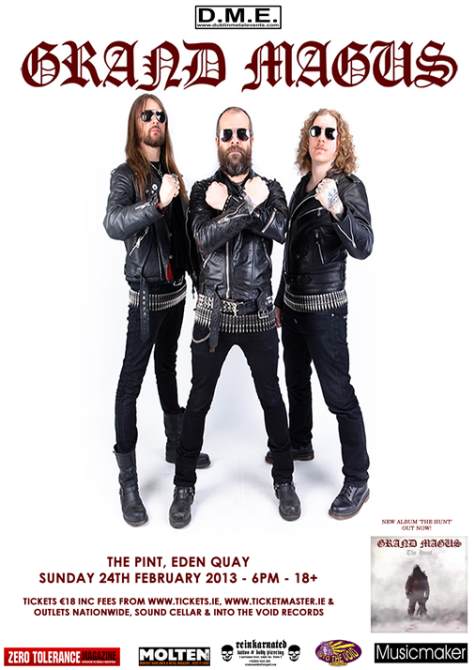