Swedish riff lords GRAND MAGUS are currently working on the follow up to their highly acclaimed 2016 album ‘Sword Songs’. 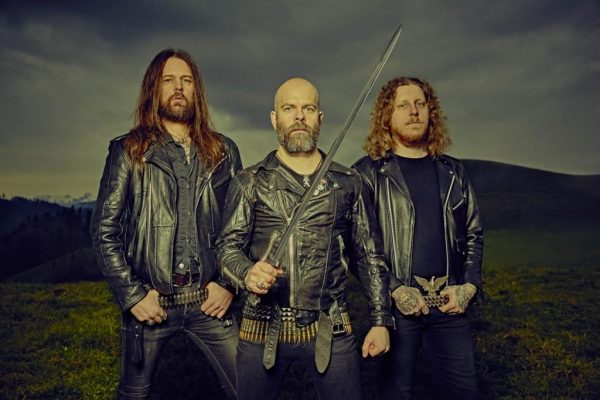 The band have already ensconced themselves at Sweetspot Studio in Sweden to kick off the recording process with producer Staffan Karlsson (Arch Enemy Firewind, Spiritual Beggars).

Singer/guitar player JB states:
“The Magus is back in the studio to record the ninth album. It’s been a very special process this time. We decided to let go of the current philosophy to record drums first and then bass and then guitar etc. This time we met up, jammed and created together during the last six months with the goal to record basic tracks live.

That basically means the thing we do every time we play live. When we do that, we play together. It’s music, after all, not a science project. This led us to use the studio you see in the video. We recorded take by take (usually first takes, haha) until the groove, feel and violence was right. Now we will start with the overdubs, solos and vocals. We are chuffed and we think you will be too. Metal victory!”

Check out the first studio trailer and get more info about the recordings below.