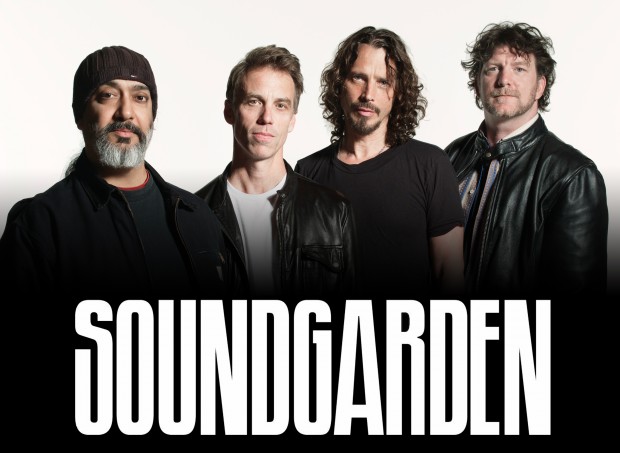 Legendary rock band Soundgarden today announced further European dates including a show at The O2, Dublin on September 16th. The band are set to kick off proceedings on September 4th in Helsinki, performing at the Hartwall Arena before taking in Stockholm, Oslo, Copenhagen, Berlin, Amsterdam, Manchester, Birmingham, Dublin and London.

Swedish classic rock superstars Graveyard have been confirmed as direct support for the upcoming European run of Soundgarden. Graveyard comments:

“We’ve been pretty fucking fortunate with the bands we’ve had the honor to open for. It’s like taking a walk through our record collections, or just through rock history. When you list some of them, it comes off as pretty unreal – Iron Maiden, Deep Purple, and Motorhead. And now – Soundgarden! Not so Superunknown guys these days. And with the words of a Californian rock dude: Pretty fucking bad ass musicians that can deliver a bunch of face melting jams and shred like there’s no tomorrow!

“There isn’t really much more to say than that. Of course we’re super excited to head out on tour with Soundgarden. In a way it’s quite logic. If you think about what the roots of their and our music are. We certainly got one or two things in common there, so hopefully people will see it as good match making?“

One of the forefathers of the legendary Seattle alternative rock scene in the 90s, Soundgarden released ‘King Animal’, their sixth studio album and their first in 15 years, to widespread critical acclaim in November 2012.

The September shows follow the band’s high profile return to European stages last summer including their much-lauded performances at Download Festival and Hard Rock Calling in the UK.

With over 21 million records sold worldwide and 2 GRAMMY ® awards to their name, Soundgarden along with their contemporaries, forged a new musical movement which became a global phenomenon, undoubtedly leaving a lasting impact on wider popular culture. Now, with their first collection of new songs since the 1990’s, the September tour is set to be one of the most highly anticipated live events of the Autumn – marking the start of an incredibly exciting new chapter for the band and their fans.

Tickets will be available on 24th May at 9am at www.ticketmaster.ie