The eagerly anticipated Green & Rancid show finally returned to Ireland recently, with a sold out show in the Royal Hospital Kilmainham, Dublin. Overdrive was there to soak up the atmosphere, anthems and the unfortunate Irish Summer downpours. 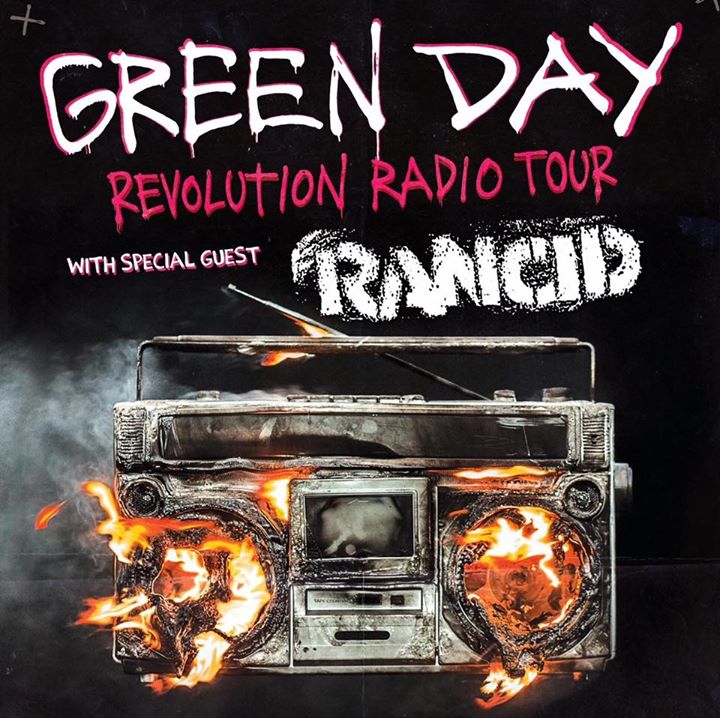 Having been the first time I attended a gig the Royal Hospital Kilmainham, I was going in with completely mixed views on how good or bad it was going to be! Unfortunately, we were all struck down by the glory that is the Irish summer, which meant we had to prepare all battle stations, either bringing a wetsuit or an industrial bottle of the cheapest bargain-shop sun cream.

It rained and did it pour, but that didn’t dishearten my punk rock amigos all happy to be harassed by every Tom, Dick and Harry selling rain ponchos for the whole trek to the venue. After all of the recent terrorist attacks, the security seemed to be very high for this show which gave me some comfort in attending. 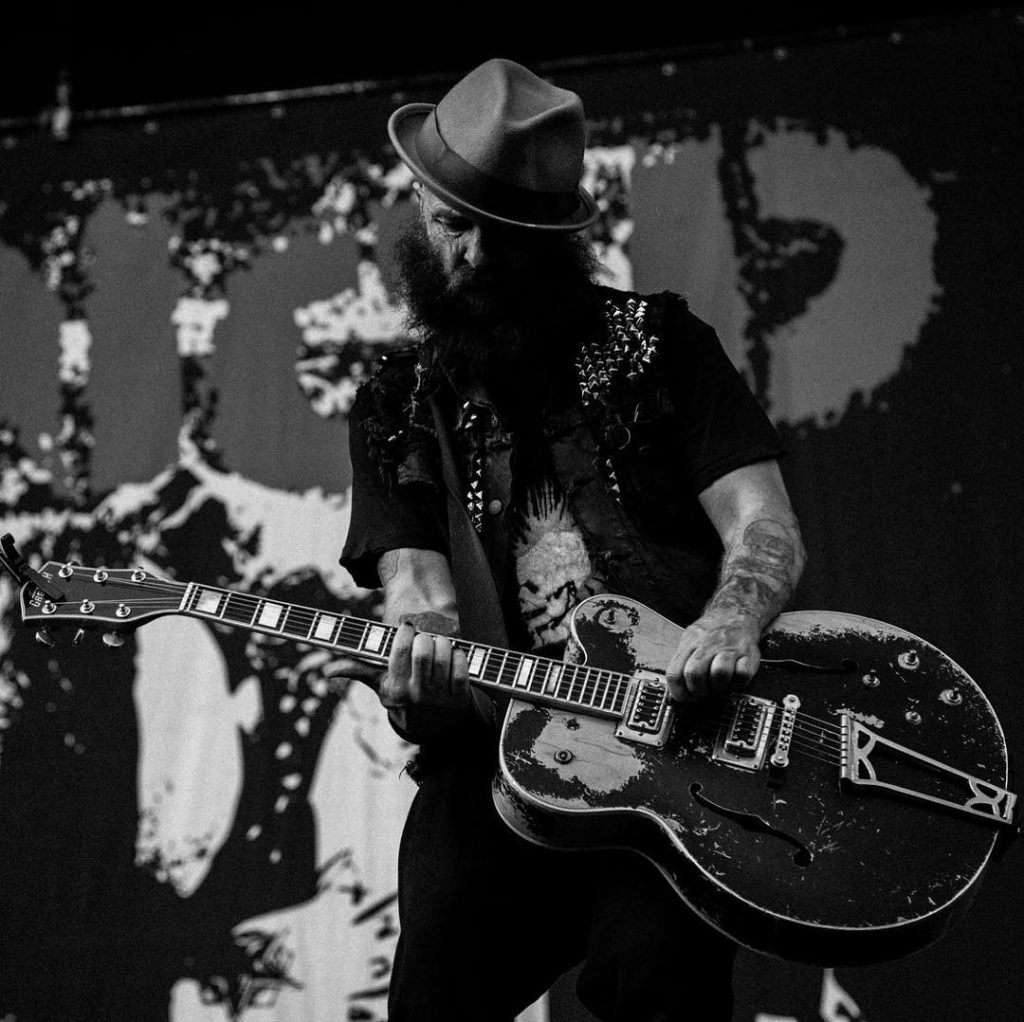 A show of this magnitude needs all of it’s I’s dotted and the T’s crossed and luckily enough when it came to checks and security protocols, everyone seemed to anticipate the wait and new guidelines. Due to the unfortunate horrible weather, as well as the stringent security measures, ska/punk rock masters RANCID had taken to the stage while masses of punters were waiting to gain entrance to the venue.

They didn’t bring any of their California weather, but they did bring their American spirit to try to motivate the already washed out crowd. It took me a while to find the sweet spot where the sound was good and reliable which ended up being at the back! Luckily enough they installed a huge screen, so I didn’t miss anything that happened on stage, but there wasn’t much to miss!

I felt that Rancid knew that the majority of the crowd at the show were there to see Green Day and it made it a tough sell considering they only had a 45-minute set. To my surprise, they played two brand new songs ”Ghost of Chance” and “Telegraph Avenue” off their recently released album ”Trouble Maker.” But then the wind picked up again, and all quality music was thrown into a cluster of distorted and incomprehensible noise.

Such a shame considering the size of the crowd which had now grown considerably since the start of their set. While the band were swapping guitars, Lars (Frederiksen) started to talk to the crowd and dropped that he was a fan of the Irish/Chinese delicacy that is the magical Three In One that comprises of chips, curry sauce and chicken balls. He also brought up our new lord and saviour Donald Trump, and his passionate dislike for the man. 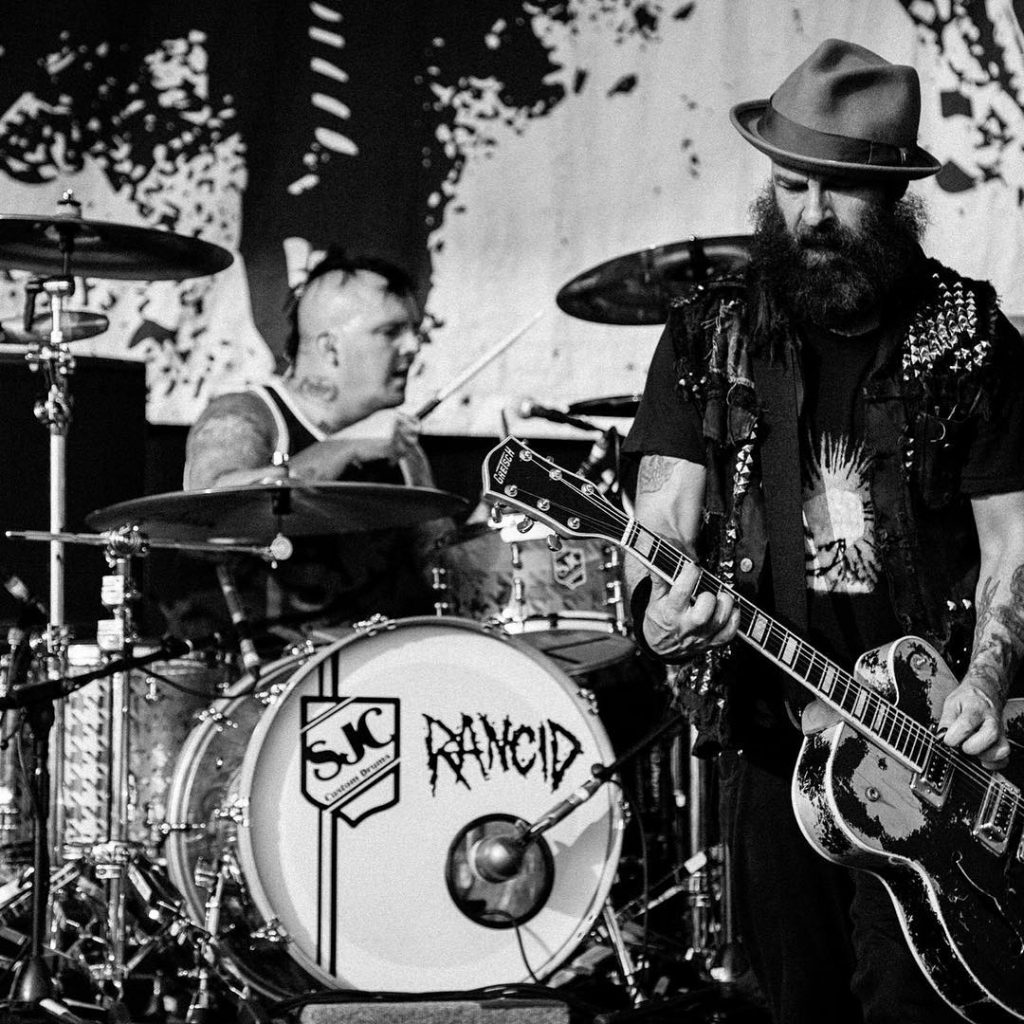 The punk Gods decided to let us have the final three Rancid tunes ”Timebomb“, “Fall Back Down” (a personal favourite) and “Ruby Soho ” undamaged and sounding good. The heavily bearded Tim Armstrong decided that he didn’t want to play the guitar or sing anymore for the last song (Ruby Soho) so he hopped off stage with the mic stand into the excited crowd and got some of the fans up the front to complete the set for him before giving a cheeky smile to the crowd, and that was their set done! 3.5/5 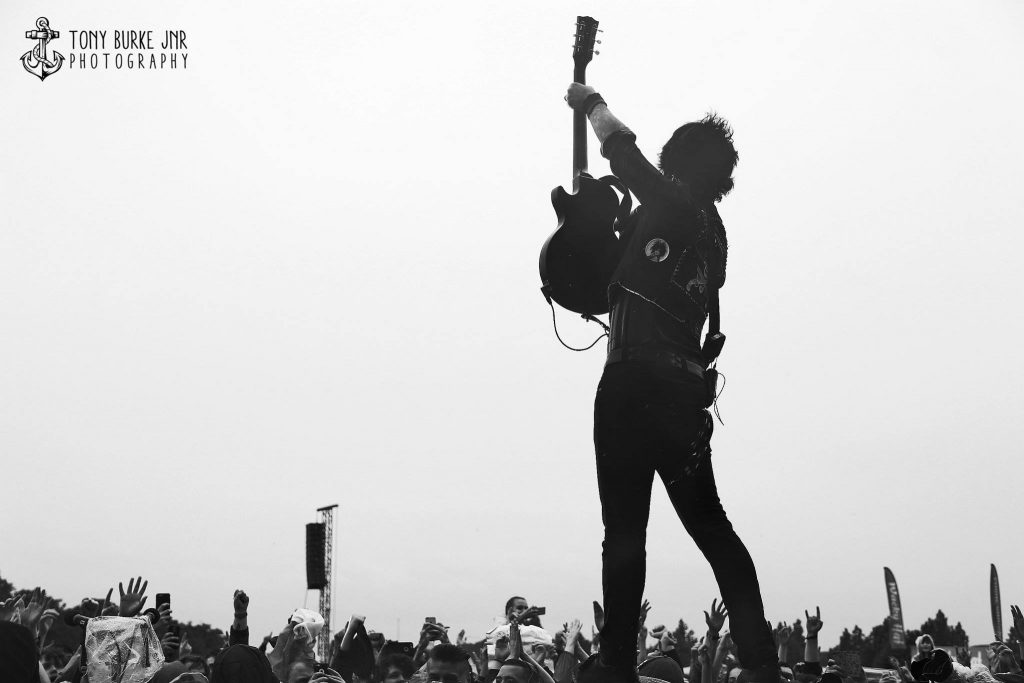 With a thirty minute change over, it was time to prepare for tonight’s headliners, by restocking the beverages and selecting a good vantage point. As Green Day take to the stage to a near deafening welcome from the Irish capital, critically acclaimed “best frontman on earth” Billy Joe Armstrong is beaming from ear to ear with pride and respect before launching into a high-energy attack of pop-punk belters!

”Know your Enemy” openings up proceedings and straight away Billy has someone up on stage with your classic Irish tourist novelty hat singing ”Do You Know Your Enemy“! Not a bad start!

With a real mixed bag of punters, I notice the diehard old-school monkey poo holding fans dressed in all black, followed by the pixie-snowflake girlo-brigade, thinking they’re at Coachella with diamonds on their face, short shorts and (sheep) dipped in the standard radioactive fake tan, as well as a surprising amount of toddlers with ear protection, rocking out with their parents!

Green Day never disappoint and tonight they prove just why they are so popular to a vast cross section of people. The last time I saw Green Day was on the American Idiot tour in the 3Arena (formerly The Point at the time) in 2005 and much like that tour the band give us a smattering of old and new finishing with American Idiot and Jesus of Suburbia to the exhausted capacity. We all felt a little hung out to dry thinking that is was the end until they blast back out on stage for a SECOND encore were they played ”Ordinary World“, “21 Guns (Acoustic”) and finally, “Good Riddance (Time of Your Life)!”. 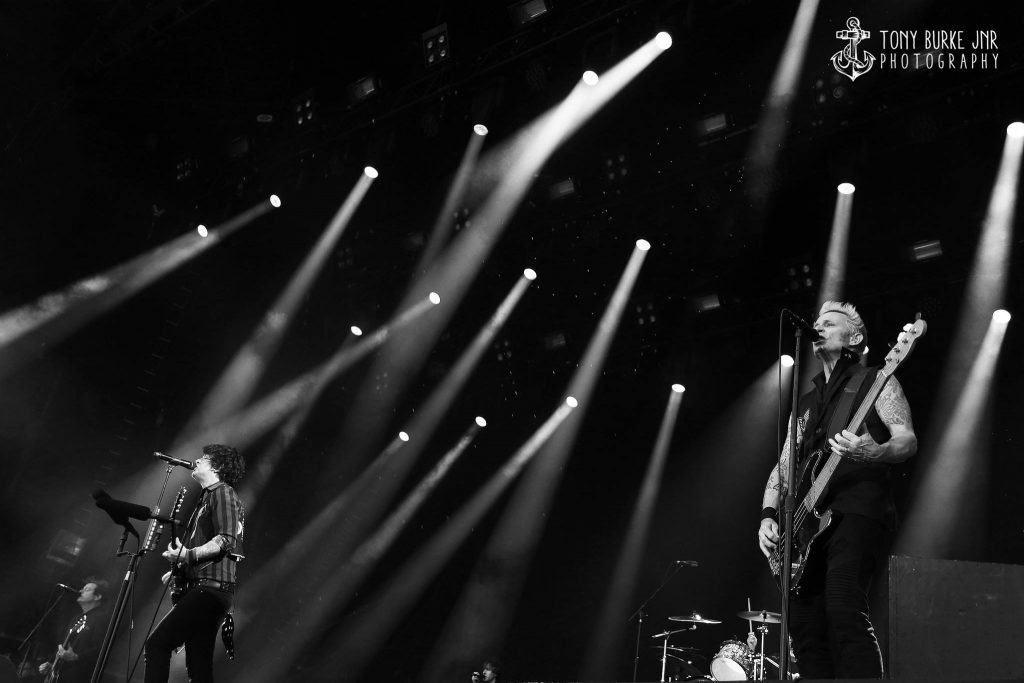 Between the pyro, backdrop changes, t-shirt cannons, presidential masks, saxophone solos and the frequent guest fan appearances on guitar and vocals, it was a highly entertaining and captivating performance from the reigning kings of pop-punk!

Regardless of the weather, Green Day delivered a stellar performance loaded with feel-good, high-energy goodness, leaving the smiling thronged masses with a head full of priceless memories and a legacy of brain-hacking tunes that will carry them through the weeks ahead. Excellent stuff! 4/5