GREEN LUNG announce re-issue of debut EP, ‘Free The Witch’. Get it while you can! 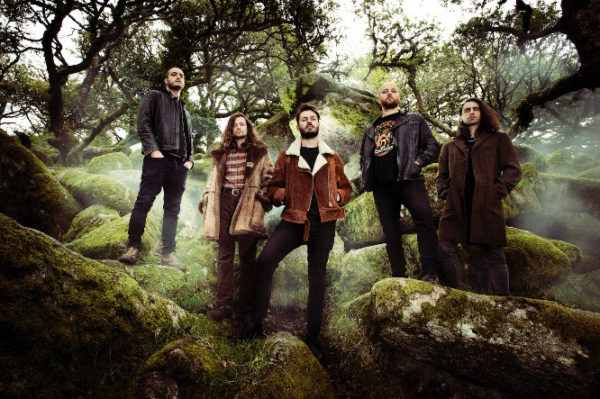 The release was the catalyst for a string of triumphs, which will see band activities picking up pace even further into 2020. Pre-order Free The Witch HERE.

Originally released digitally and on cassette in February 2018 via Deckhead Records, the 2019 re-boot will finally see the sought after tracks available on LP/CD thanks to Kozmik Artifactz.

The release will also include a bonus track, When The Axe Comes Down which was recorded during the original Free The Witch sessions at Bear Bites Horse studio in 2017. The expanded five-track release has been remastered by producer, Wayne Adams (Big Lad/Petbrick).

The original release captured the imagination of the international underground stoner/doom scene; mixing traditional heavy doom with folk-horror infused psychedelia and paving the way for this year’s critically acclaimed debut full length, Woodland Rites. The EP turned the doom trope of ‘witch burning‘ on its head, opting instead for a witch-positive message, celebrating British witchcraft through the ages and rediscovering the radicalism of the Old Religion. The release features new artwork from the band’s perennial collaborator Richard Wells, reinterpreting Walter Crane’s ‘Garland for May Day’ in an occult fashion.

Singer Tom Templar says, ‘We’re still hugely proud of Free the Witch – we love playing these songs live and it’s great to finally be giving the EP the release it deserves. Richard Wells’ artwork is incredible, and really captures the atmosphere of the music. We know it’s been a long time to wait but we hope it’ll be worth it – this is very much the definitive Free the Witch, as was originally intended.’

Stay tuned for more news from GREEN LUNG; heavy things are on the horizon.

1. Lady Lucifer
2. Free The Witch
3. Living Fossil
4. Older Than The Hills
5. When The Axe Comes Down

GREEN LUNG have been announced in the first wave of bands for Desertfest 2020 in London; a full list of upcoming live dates is as follows: 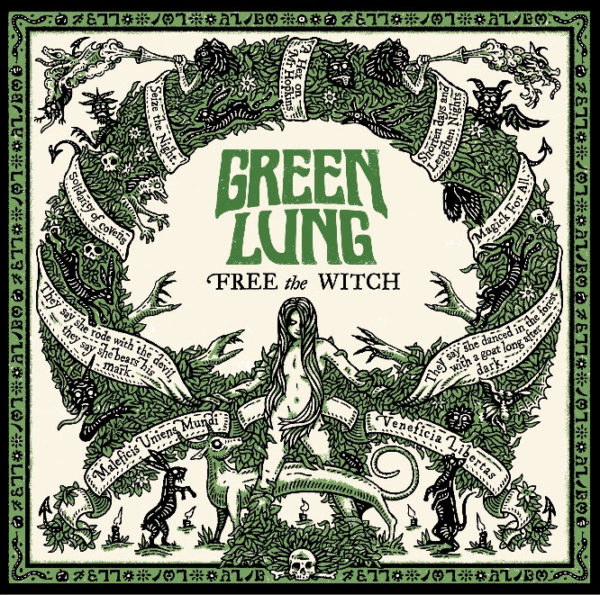