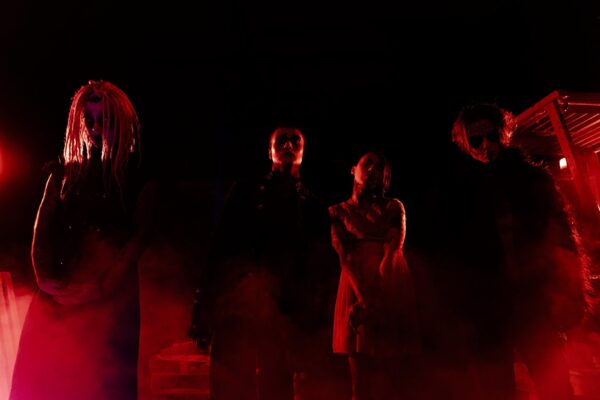 GREYFACE will be returning to the live stage this coming October for a highly-anticipated show in celebration of their recent new single ‘Underground Star‘ and their forthcoming new EP which will be available over the coming months.

Check out the latest single below:

The band’s philosophy is loosely based on the universal Freudian/Jungian ideas of the inner shadow. Each member of the group names and paints this inner idea most people choose to ignore or reject for its undesirability.

The group refers to their shadow as their “GREYFACE”, taking these ideas to the stage in a theatrical and explosive way.

Each member brings a certain element to the band’s collective image and sound. Here’s a profile of each member:

We like to see each character personally as a “true self”, and feel that shows mostly in the band’s physical appearance.

Éalu (Drums) – Makeup Inspired by Celtic roots, and usually dressed in a black kilt and coat. Most commonly seen with ‘blind eyes‘ making reference to ‘blinding revelations’ that occur when looking deeper into one’s psychology. Éalu translates to, ‘Escape‘, as Gaeilge.

Icarus (Guitar) – Makeup inspired by designs and ancient symbolism. Seen in black and leather or high-fashion streetwear. The name Icarus derives from the Greek fable and reflects on a deep lack of control mixed with a desire to escape from the burdening chains of reality by any means.

Evra (Bass) – Makeup usually wet and running black. Evra paints their entire body creating a stark contrast to their dress, which is usually seen in pink or blue. The name Evra originates from a fascination with reptiles, and the physical loudness of their appearance relates to inward frustrations and the extreme, chaotic means of releasing them.

Shaye (Vocals) – Makeup inspired by MTV and Glam, seen in gold, black and red. His name originates from a Californian art project by Eric Fournier known as, ‘Shaye Saint John‘.

The name relates to the inability to define or understand oneself in the face of vanity and self-obsession. His eyes are usually red, reflecting an obsession with goals and plastic desires.

Through high-energy performance, the band performs a stylised mix of music branching from hip-hop to rock/metal, to electronica which was a refreshing experience for their German debut at Wacken Open Air; in 2019.

Tickets for the show can be purchased from tomorrow [June 9th] at 11 am via Ticketmaster as well as The Grand Social’s website. 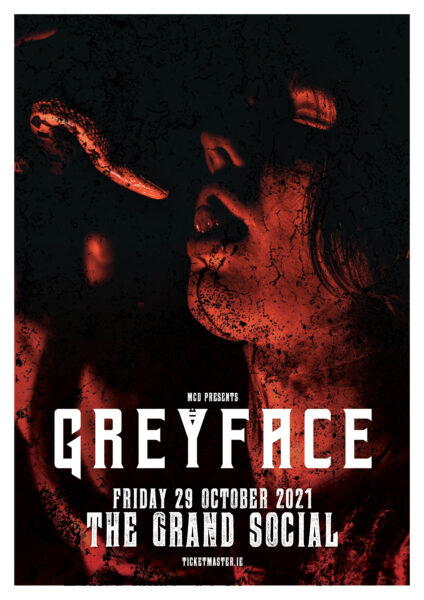