Today the band that shook Slane Castle and the world with their historic return in 2017, Guns N’ Roses have announced dates for 2020 – the next step in their phenomenal career. 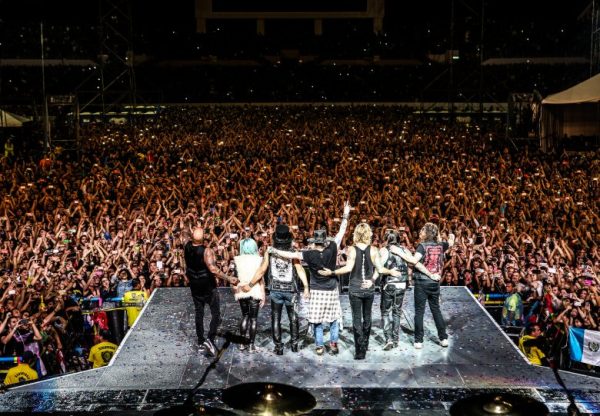 Tickets from €99.50 including booking fees go on sale to the general public THIS WEDNESDAY 18 December at 9AM. For your chance to win pre-sale passes, simply follow the instructions at the bottom of this article. Good luck!

Returning to Europe for the third time since their Not In This Lifetime tour kicked off in 2016, Guns N’ Roses have performed their endless run of hits with 160 shows for over 5.5 million fans in stadiums, arenas, and as part of festivals worldwide.

The European dates in 2017 and 2018 alone brought the mind-blowing stage show to over 1.6 million fans.

Produced and promoted by Live Nation, the Not In This Lifetime tour became the third highest grossing tour of all time.

Overdrive are giving away one pair of pre-sale passes on Wednesday, December 18th at 8am and all you have to do to enter is the following; 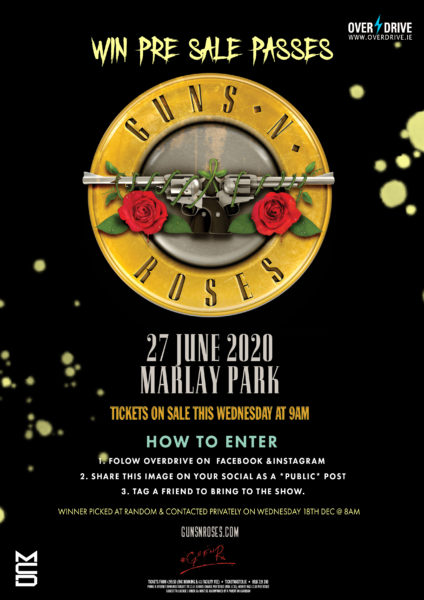