Guns N’ Roses have dropped the previously unreleased video for “It’s So Easy” ahead of the release of the band’s absurdly expensive deluxe reissue of their debut ‘Appetite for Destruction’ and as of now, it’s only available on Apple Music. 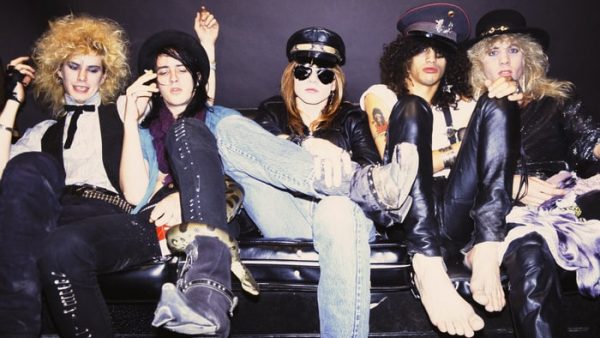 The video was shot at Riki Rachtman’s notorious Los Angeles rock dive The Cathouse in 1989 and features Axl Rose in his prime. The video was never finished and has been sitting in a vault for almost 30 years, but it was recently rediscovered and re-edited for inclusion in the forthcoming Appetite for Destruction: Locked N’ Loaded box set. You can access the video preview via this Apple Music link.

The deluxe reissue will set you back about €850.00, but it includes 49 unreleased songs, with 25 of them coming from the band’s 1986 recording sessions at Sound City Studios. The collection also includes a photo book complete with images from Rose’s personal collection, which will hopefully be suitably depraved and decadent. Then there are the “custom hand-made metal-cast band skull face rings” and “metal skull face and signature-stamped guitar picks,” among other add-ons. Is it worth a month’s rent? That’s for you to decide.

The Appetite for Destruction: Locked N’ Loaded box set drops on June 29, in the meantime, check out a video of the unboxing below;