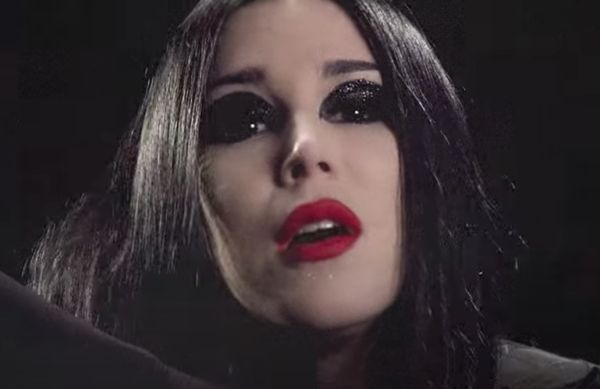 Directed by Polygon1993. Shot during the COVID19 lockdown 2020, all the video parts were filmed remotely.

Kat was an absolute trooper on this shoot, spending many hours submerged in the ‘Black Blood Of The Earth’ we could never resist a Big Trouble… reference.

Kat said “I had such a blast working on the video for “Black Blood Red Kiss.” I mean, who doesn’t enjoy bathing in a full body nylon catsuit in a bathtub full of black water for hours?! The only downside to making the video, aside from getting black gunk stuck in every part of my body, was not being able to film it in the same room with the band. I think fans are going to love having the beautifully dark imagery to go with the song, and can’t wait to work with Gunship again soon, whether it’s on music or eventually getting to play Live together.” 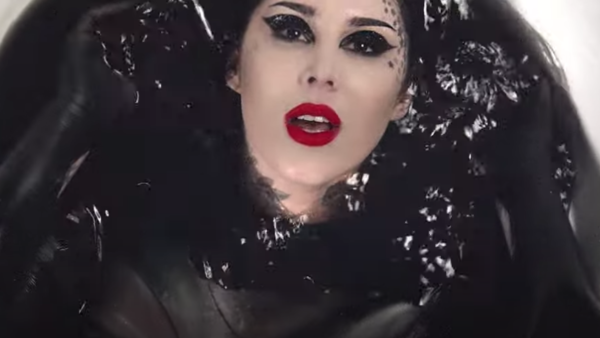 There is also a limited edition 7″ transparent vinyl with heavy red splatter detail (cover also features fluoro ink) available to pre-order from their web store. The B-Side on this vinyl is an all-new, all-voice version of BBRK by Choir Noir.