Following the announcement of their forthcoming aural masterpiece “The New Dark Ages,” your Lords and Masters  GWAR, are pleased to announce their return to the road! 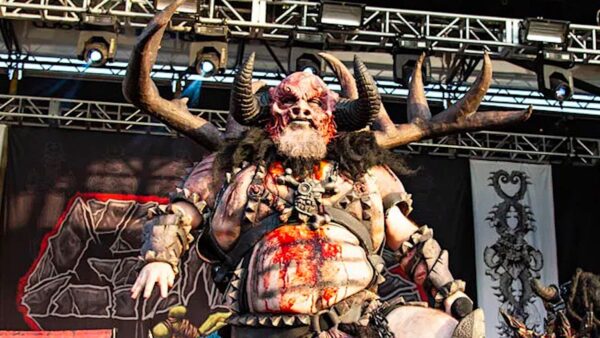 On the first leg of the “The Black Death Rager World Tour,” your favorite Scumdog warriors will touch down in Europe for the first time in almost three years.

The tour kicks off July 29th in Tilburg, Holland, and runs through August 18th in London. In addition to the GWAR headline shows, the tour also features stops at the Free and Easy, Wacken Open Air, Pol’land’Rok, and Bloodstock Festival.

The Berserker Blothar had this to say about the coming trek: “Ah, Europe, the Old Country. We shall sweep across the continent like the plague, bringing pestilence and death and our unquenchable thirst for heavy metal glory.”

Fans can expect to hear all their GWAR favorites and blistering new tracks from the band’s new album which will be released June 3rd on CD and Digital, and on September 16th on Vinyl and Cassette via GWAR’s own label Pit Records. The art was created by Alex Horley.

Check out the dates below… 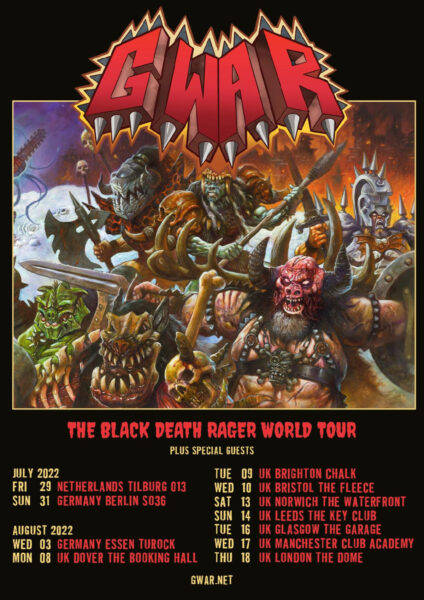