The mighty HATEBREED are the most recent band to join the ever growing Nuclear Blast family! Signing a worldwide distribution deal, similar to that of Overkill. Jamie Jasta and the boys will be hopefully dropping a new album by Spring of 2016 with their new label mates! Find out more! 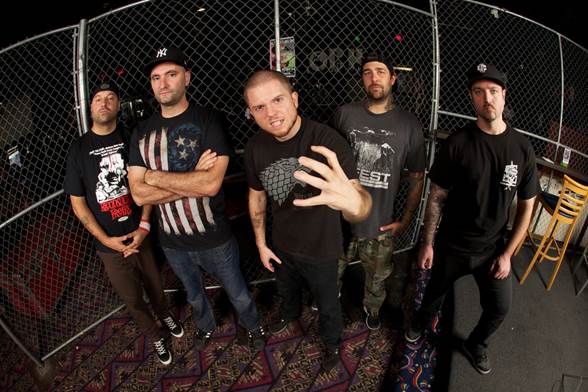 Hatebreed have extended their relationship with Nuclear Blast Records and signed a brand new deal worldwide!

The group previously released their last album ‘The Divinity Of Purpose’ through Nuclear Blast in Europe, and now the band has chosen to broaden their relationship and extend their contract to North America.

“Hatebreed signing to Nuclear Blast worldwide could not come at a better time and we’re extremely excited to get this new album out and commence the world tour in 2016 and 2017! Our diehards have been patiently waiting for headline dates and new songs, we can’t wait for everyone to hear what we have been working on!”

The band are currently in the studio with long-time producer Zeuss (Rob Zombie, Suicide Silence, Whitechapel). The record will be mixed by Josh Wilbur (Lamb Of God, Megadeth) and tentatively scheduled for release in the Spring of 2016 via Nuclear Blast Entertainment.

For more information on Nuclear Blast and the rest of their kick-ass roster of bands, just hit the graphic link below!