HATEBREED are set to release their new album, ‘The Concrete Confessional’ on 13th May via Nuclear Blast Entertainment. The long awaited follow-up to ‘The Divinity Of Purpose’, it was produced by longtime collaborator Zeuss (Rob Zombie, Suicide Silence) and mixed by Josh Wilbur (Lamb of God, Megadeth). Sleeve artwork  was created by Marcelo Vasco (Slayer). Find out more below.. 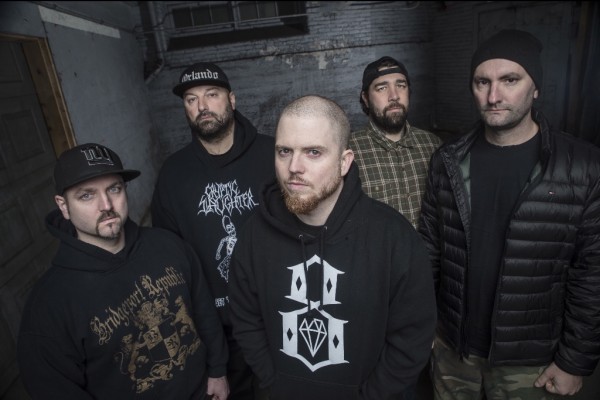 Highly successful hardcore / cross over New Yorker’s, Hatebreed are back with a new album and Overdrive has all the details. “The Concrete Confessional” is set for release on Friday 13th May with a selection of European dates already set in stone (see below).

You know what you’re getting with new a HATEBREED album! Firebrand frontman Jamey Jasta commented that the release was “No glitz, no glam, just pits, all slam”!

Discussing the sleeve artwork, Jasta continues: “I think Da Vinci said it best when he said painting is poetry that is seen rather than felt, and poetry is painting that is felt rather than seen. Marcelo was able to capture a feeling that will accompany our musical and lyrical vision and he put together a striking piece that speaks volumes.” 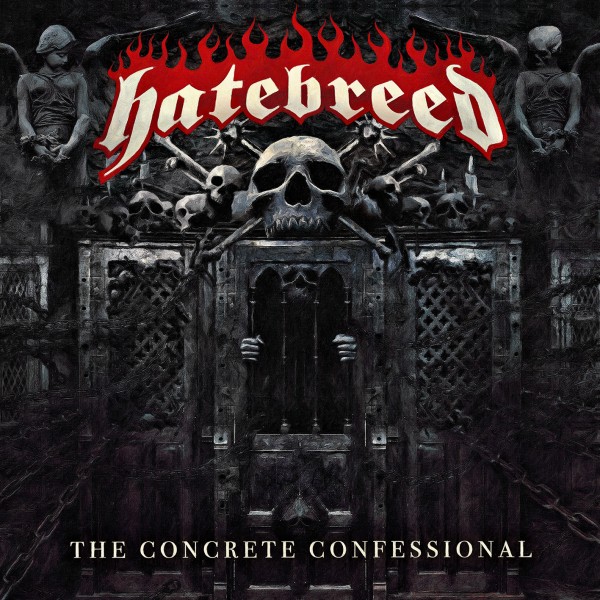 2. Looking Down The Barrel Of Today

9. Slaughtered In Their Dreams

Consistent reliability is intrinsic to longevity in the music business – or any other business for that matter. No giving up is allowed. No promise can go unfulfilled. If people can depend on you, they’ll believe in you and stick with you forever. Since forming in 1994, HATEBREED have constantly crushed with every subsequent album. It’s been a long road, but the band has racked up sales of over 1.5 million records worldwide. They’ve scored a Grammy nomination (‘Best Metal Performance’) for live favourite, ‘Live for This’ and have played prestigious festivals including OZZfest, Mayhem, Download, Soundwave in Australia and Germany’s Wacken Open Air numerous times. This Spring, they headline the Impericon tour in Europe (www.impericonfestival.com), before returning to the States for ‘The Concrete Confessional’ tour. Dates rack up as follows:

For more information on HATEBREED and pre-orders for the new album, just click this link.