Bluegrass rockers Hayseed Dixie have announced their return to Ireland this February and if you don’t go to this show. You suck! 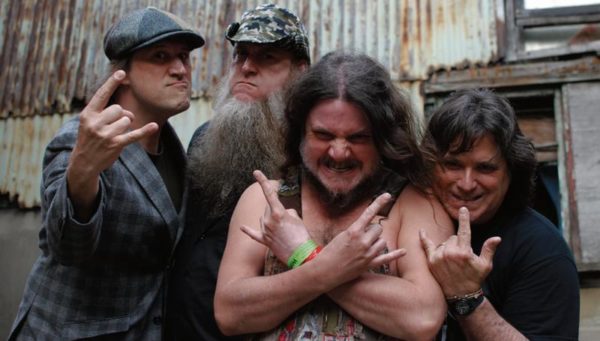 Catch them in Dublin’s Vicar Street on February 28th for one night only! Tickets are on sale from Wednesday, October 3rd at 10 am priced at €22.00 (booking fee inc).

Hayseed Dixie began one innocent Summer day in 2000 when John Wheeler and Mike Daly drank roughly enough whiskey to float a battleship from the Florida Coast over to Portugal and back and decided to play around in John’s studio.

Having spent the previous few years touring around with assorted country hat-acts, John had assembled a proper pile of recording equipment. Thus when he and Mike discovered in their drunken epiphany that the Lost Highway of Reverend Hank Williams and the Highway to Hell of Bishop Bon Scott were indeed the same identical stretch of tarmac, they were well and truly prepared to document this revelation in situ.

East Nashville, Tennessee in the Summer of 2000 was a proper Bohemian party place, and a few friends stopped by, drank some of John’s whiskey, and played and sang on this recording here and there, as was the custom of the times.

And ten AC/DC songs were suddenly reimagined and recorded forever anew, entirely reinvented as Appalachian Mountain hillbilly rave-ups. Everyone danced (oh how they danced!) around the studio room and out onto the porch and drank more whiskey. (You should have been there. Really. You should have.)

Free Your Mind And Your Grass Will Follow is released worldwide on April 14th on Hayseed Dixie Records. 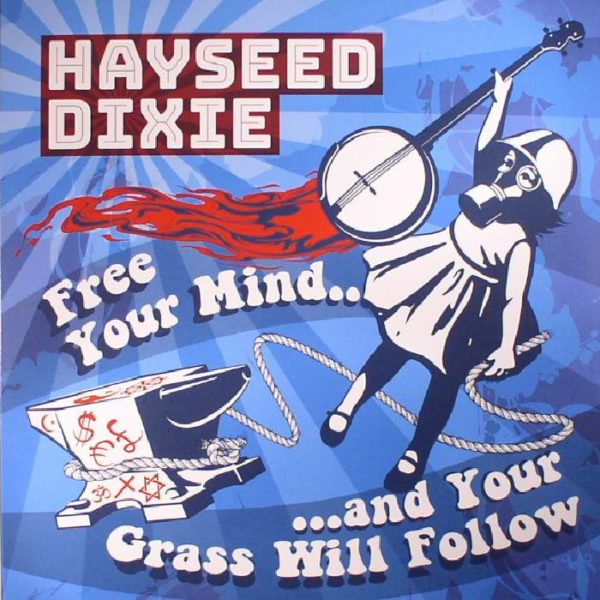 What people say about Hayseed Dixie:

“The Hayseed’s berserk hedonism is indeed refreshing! ***** (5 Stars)” – The Guardian

“Hayseed Dixie highlights the worth of mountain music to all things rock: energy, dirt-punk rhythm, careening harmonies and the fundamental right of all no-good fuck-ups to raise hell come Saturday night.” – Uncut

“This is great! I can’t wait to get the royalty check!” – Gene Simmons, KISS

*These recordings have been digitally shared – legally and illegally – so many millions of times it makes the band want to laugh and cry simultaneously. Often they do. Alone. In the dark. 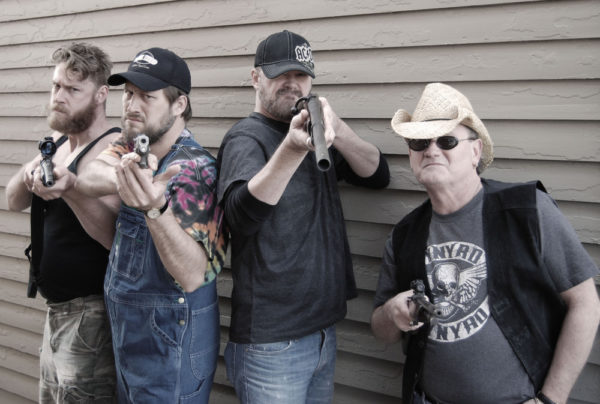