If you are wondering what the next Black Stone Cherry album “Magic Mountain” sounds like, well the wait is over. Overdrive has an exclusive stream of the full album here! 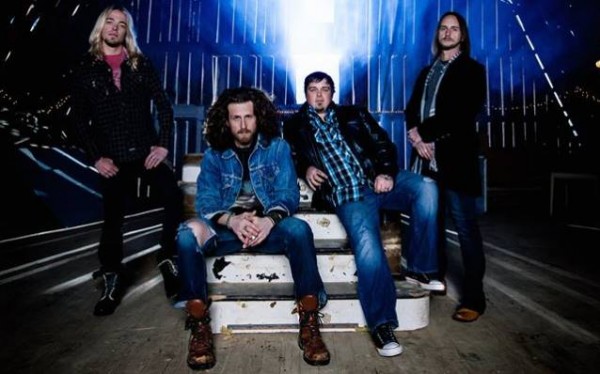 BLACK STONE CHERRY‘s fourth album, “Magic Mountain“, which will be released on May 2nd via Roadrunner Records is available for pre-order with an option of an limited signed copy which you can access on the graphic at the bottom of this post.

To hear the full album stream simply click on the graphic below.

Commenting on the making of the Joe Barresi-produced “Magic Mountain”, BLACK STONE CHERRY said: “Not since before our first album have we felt the freedom and confidence that we felt while writing and recording this album.

“After touring the world behind three previous albums that we are extremely proud of, we feel this album best captures the live energy, honesty and vibe that encompasses our true musicianship.

The “Me And Mary Jane” video can be seen below. The clip was directed by Mason Dixon in Nashville, Tennessee.

“We wanted to make a cool, interesting, and dangerous video… all the while keeping it sexy and rock ‘n’ roll,” BLACK STONE CHERRY frontman Chris Robertson tells Billboard.com.

The clip has “a ton of vibe and we’re sure people will want to watch it over and over again,” adds Robertson. “I mean, if you’re gonna do a video in today’s world, why not go for it.”

BLACK STONE CHERRY’s previous albums, 2008’s “Folklore And Superstition” and 2011’s “Between The Devil & The Deep Blue Sea”, both topped the U.K. Rock Albums chart on their release and have since racked up silver sales certification status from the BPI (British Phonographic Industry).