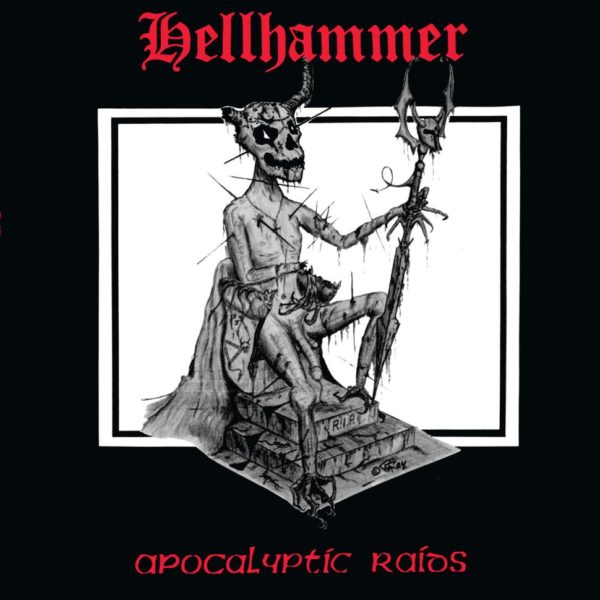 Extreme metal forefathers Hellhammer only existed for two years, from 1982-84, but their legacy cannot be ignored.

The Swiss extremists were a major influence on the then-emerging death metal and black metal genres despite only producing one 12″ EP – Apocalyptic Raids – as well as songs for the legendary Noise Records’ Death Metal compilation album; three demos: Death Fiend, Triumph of Death and Satanic Rites (of which there were only 200 copies); and a number of unrecorded songs.

Formed by Tom G. Warrior, along with former Shizo bassist Martin Eric Ain, their only EP displayed a technical, lyrical and music prowess that shot them ahead of their contemporaries and provided the groundwork for the duo’s next project: Celtic Frost. 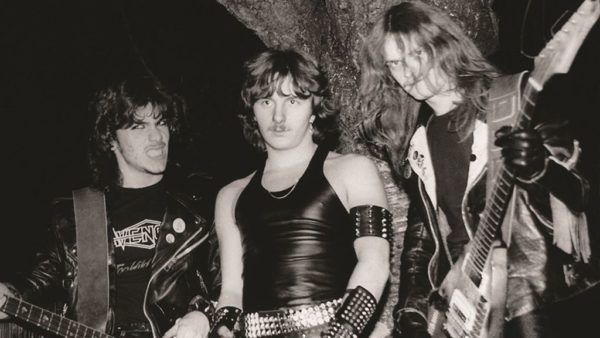 And while the press at the time wrote scathing reviews of the groundbreaking 12″, their sole extended play is finally getting the reverence in deserves with a brand new version and remastered by Triptykon’s V. Santura, with a concept and art direction from none other than Tom G. himself and featuring an expanded booklet, rare photos and new liner notes. 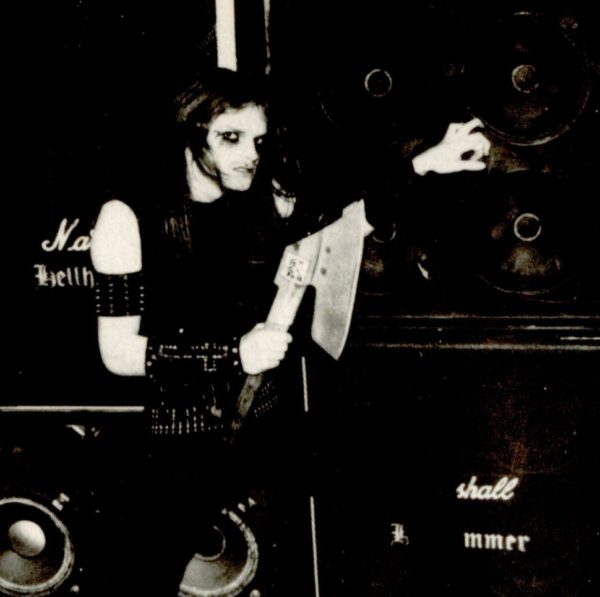 “It truly is a pleasure to see BMG Rights Management/Noise Records finally utilizing their rights to significant parts of Hellhammer’s early 1980s catalogue, and to know that they are doing this with the up-most respect and the necessary understanding of the group’s eminence and spirit,” comments Tom G. Warrior.

“And it is an honour for me to have been asked to participate in this reissue project by developing the concept and overseeing both the re-mastering process and art direction. I am deeply grateful for the efforts the label has invested into this project, and I know I speak for all former Hellhammer band members, deceased and alive, by stating how grateful we all feel that Hellhammer’s music is still relevant and in-demand all of these many years later.”

Hellhammer’s Apocalyptic Raids reissue will be available on April 24 on deluxe gatefold LP and media CD via Noise Records/BMG and is available to preorder here. 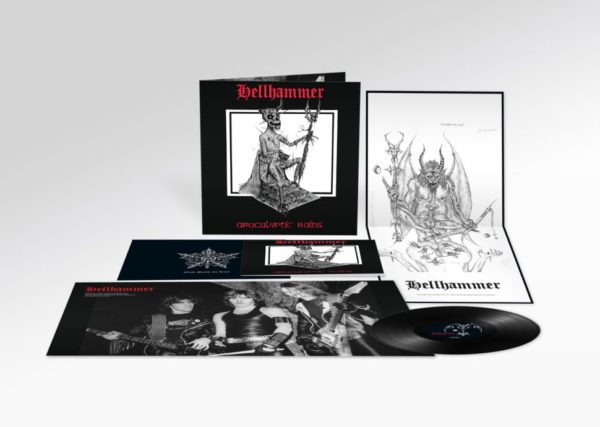