Following the highly successful reunited tour, German metal legends Helloween have released a special 10″ release which is available now via Nuclear Blast. Get all the details below: 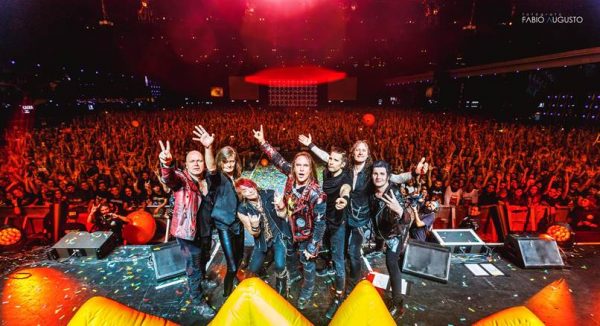 The ‘Pumpkins United World Tour’ has been pure awesomeness thus far! The news of Andi, Michi, Kai, Weiki, Sascha, Markus, and Dani sharing the same stage has caused shockwaves across the metal world.

Allow us to briefly show off with some numbers: the incredible tour (which had plenty of dates sold out long before the tour kicked off) was witnessed by more than 10,000 people in Mexico City, 16,000 Brazilians rocked out in São Paulo, 9,000 checked in at Santiago de Chile while in Stuttgart 6,000 fans came down to party as well as 8,000 fans in Milan.

There was Pumpkin related mayhem at the mega show in Prague with 12,000 tickets sold as well as in Madrid with, believe it or not, 14,000 (!) Spanish Pumpkinheads. And there are still 3 dates left on the 2017 schedule plus five shows from the upcoming Japan tour are already sold out!

No wonder the metal press feature hardly any other band in their pages. The world’s biggest metal mag, Burrn!, dedicated an unbelievable 41-page spread to PUMPKINS UNITED. This world tour will be eternally unforgettable for the entire band and for far more than 200,000 HELLOWEEN maniacs all over the planet!

As we all know, the PUMPKINS UNITED are not only currently sharing the live stage, but have also written and recorded an exclusive song together: ‘Pumpkins United‘ blends everything that has made this band world-famous and a true trailblazer of their own sub-genre – encapsulating powerful guitar riffs, three-part guitar solos, double bass thunderstorms, and melodic-anthemic choruses soaring above all else, performed by all three singers from the band’s history!

This track is all about the maximum “UNITED feeling” and a dream that hardly anyone thought would come true. The lyric video can be watched below and as a thank you to all fans for a quarter of a century of HELLOWEEN mania and decades of loyalty, the song is also available as a FREE DOWNLOAD via helloween.org.

Today the day has finally arrived for all fans of physical records: the 10″ vinyl single of ‘Pumpkins United‘ is OUT NOW! Get your copy, at this link. Purchase the track digitally, here. 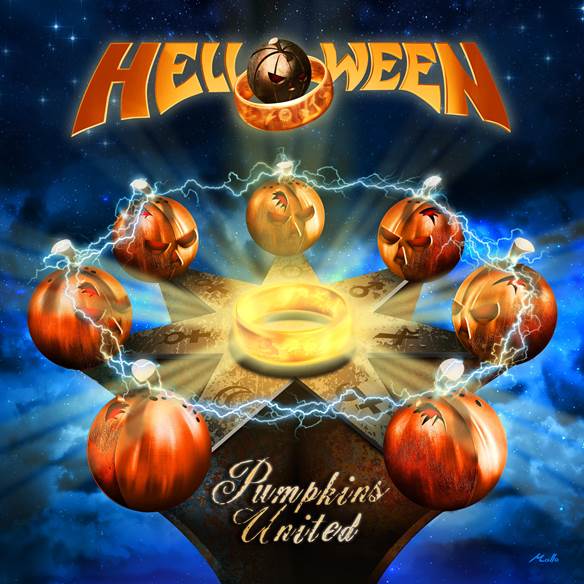