The band finally announced their ‘United Forces Tour’ with special guests Hammerfall, for 2022 as well as sharing the epic new cover artwork for their new studio album. Get it all below…. 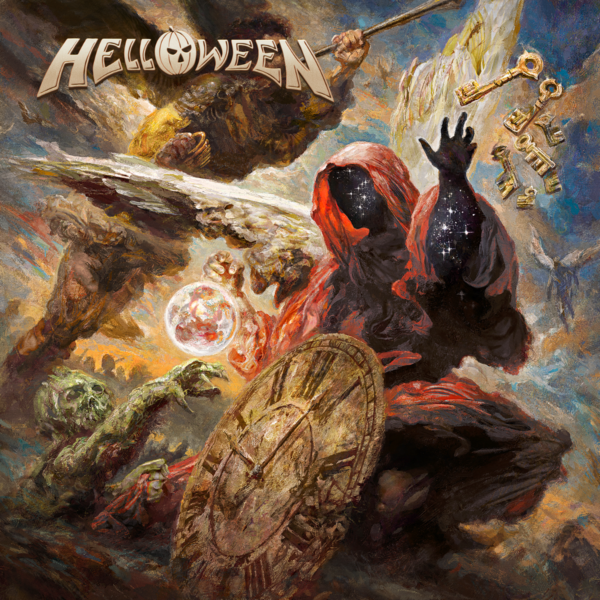 Due to the pandemic, the dates for HELLOWEEN’s European tour, which was originally scheduled for April/May 2021, have been postponed again.

However, this is no reason to hang your head, as the newly rescheduled tour will be even more exciting.

We all have to stick together to make it through this agonising live music gap, and because extraordinary circumstances require extraordinary measures, HELLOWEEN have invited their friends from HAMMERFALL to join them on their rescheduled European tour, to create a tremendous metal-package.

The UNITED FORCES TOUR 2022 will now not only feature the full HELLOWEEN experience, but fans will also get a taste of fine Swedish steel, straight out of the HAMMERFALL forge.

Both bands will have brand-new albums in their arsenal, and it will be the first opportunity for European fans to experience these new songs live. The long-awaited end to this dry spell is finally in sight.

Andi Deris: “We are ‘hammered’ to have our friends from HAMMERFALL with us on tour! Back in 2002, the band produced their album “Crimson Thunder” in my studio in Tenerife and we had a lot of fun back then.” This mega-package is delivering the appropriate metal-spectacle to enter the stage with full power!

Oscar Dronjak can hardly wait: “We are so ridiculously excited about this! Not only do we get to go out on tour again after two looooooooong years of stage draught, but we get to do it with a band that we love and was a great inspiration to us in forming HAMMERFALL in the first place. The UNITED FORCES TOUR will be something truly special, you can count on that! “

In the meantime, HELLOWEEN is preparing to release their fantastic new album and with the unification of their three vocalists Kiske, Deris & Hansen the album encapsulates all eras of the band’s history.

If that wasn’t enough, HAMMERFALL are also ready to release a brand-new record before the tour starts. The perfect warmup for the double dose of live power that is the UNITED FORCES TOUR 2022.

HELLOWEEN’ will be released on June 18th and the album pre-order will kick off on March 26th.

HELLOWEEN has just revealed the outstanding cover artwork, created by Berlin-based artist Eliran Kantor, which highlights the fact that the band cherishes all stages of their history. 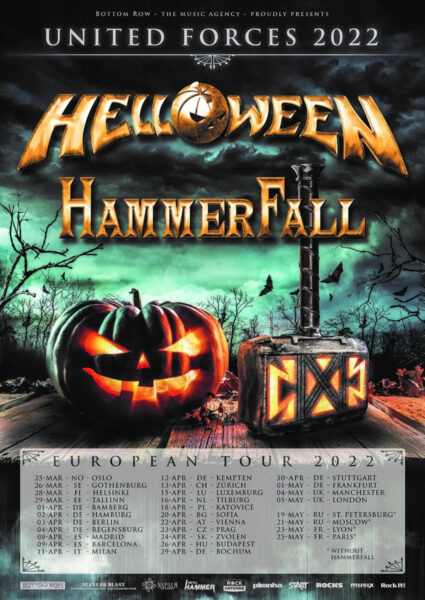