Hellripper have released their second single “Vampire’s Grave” to be taken from the upcoming new studio album ‘The Affair Of The Poisons’ scheduled for release on 9th October 2020 through Peaceville. More details below… 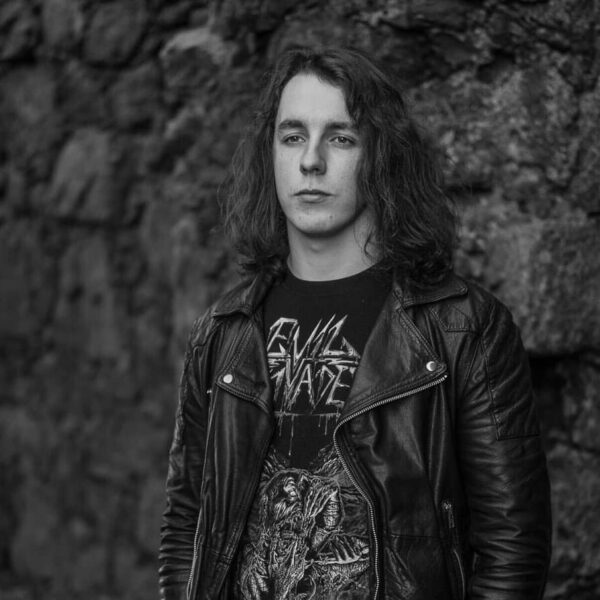 Having set the scene with their first single “Spectres of the Blood Moon Sabbath” Hellripper continues to explore the themes within the new album – the dark & insidious underworld witchcraft and the occult.

This new track is based on a real-life event that took place in Glasgow, Scotland in 1954. James McBain explains more ‘Vampire’s Grave‘ was the final track written for the album and the goal was to create a short and simple guitar-driven song in the vein of bands like Motörhead.

Lyrically, the track is based on the tale of the “Gorbals Vampire”, where over the course of a few nights in 1954, hundreds of young children descended upon the Glasgow Necropolis armed with stakes and crosses in search of a large, vampiric creature with blood-red eyes that they believed was responsible for killing and devouring kids with its iron fangs.”

James, based in the Scottish Highlands, says of their forthcoming epic new album The Affair of the Poisons that “it contains the mixture of thrash/black/speed metal and punk that Hellripper has become known for, but this time I feel that the end result is more cohesive. Some of the tracks are more straightforward while others contain some twists and parts that are new to the Hellripper sound. As always, the whole writing and recording process was done at home by myself, with a few friends of mine contributing some additional vocals and lead guitar parts. The album was mixed by myself and was mastered by Brad Boatright at Audiosiege who did an amazing job.

Skadvaldur did an excellent job, as he always does, of creating a piece of artwork that both represents the album’s themes, as well as being a somewhat of homage in style to the old B-horror movie posters that inspired a few of the album’s tracks.”

The Affair Of The Poisons will be released on CD, LP, cassette and digital through Peaceville on 9th October and is available to pre-order now HERE

Sadly, their autumn European tour with Midnight has been cancelled due to the on-going COVID-19 issues but they are still looking forward to three headline shows in the UK.