The Hold Steady – The Academy Dublin


What a night in the Academy, Dublin! From an energetic singer to double guitar solos and a support band that was just as good, The Hold Steady put on a great show. The venue was packed full of fans who sacrificed their Saturday night for this awesome performance. 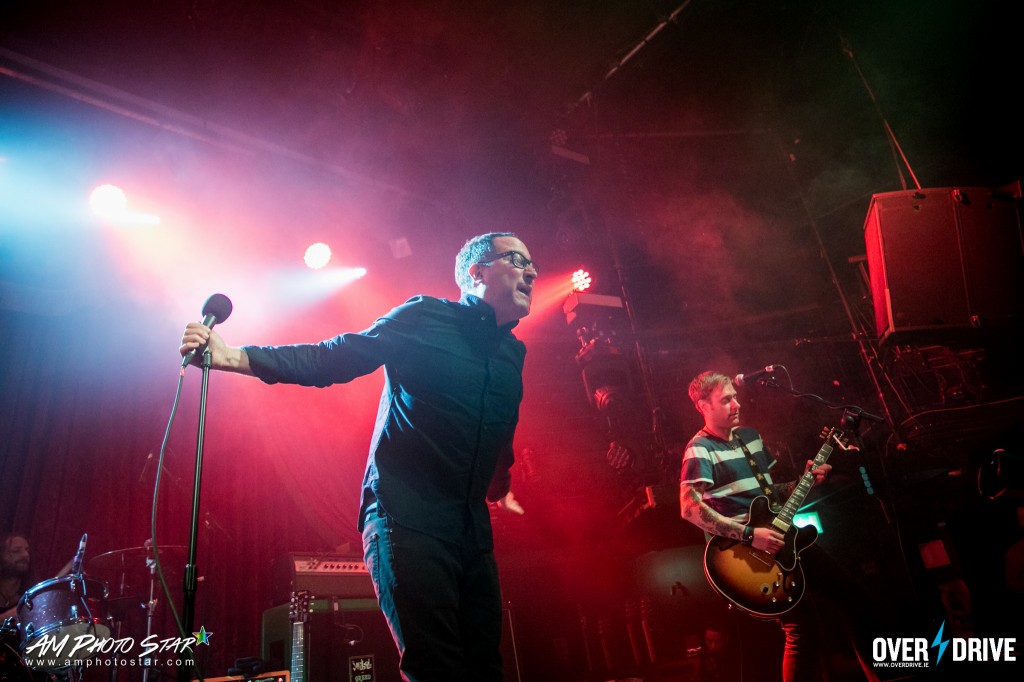 The Hold Steady – The Dublin Academy

Kicking off the  The Hold Steady’s show tonight see’s the So So Glo’s, who need a well deserved shout out,  as they took to the stage with the confidence and swagger of a headlining band. So So Glo put on one hell of a show and played brilliantly for the duration of their set with catchy sing along’s that infect your brain from the get go. Straight out of Brooklyn, New York, this band definitely deserve a more forensic listen and complimented The Hold Steady’s opening slot perfectly, as the venue warmed up considerably during their set.

Overdrive spoke with The Hold Steady’s guitarist Tad Kubler awhile back ahead of tonight’s gig and was a great spokesperson for the band, however nothing would set you up for lead singer Craig Finn. This man could keep a show going on his own! His never ending supply of energy and charisma fueled a night of fun, comedy and his audience worshiped him.

During the whole performance he sang to the crowd engaging completely with them and kept the audience on their toes. Taking out a guitar for songs like ‘The Swish’ Finn is clearly a talented guy in more ways than one. 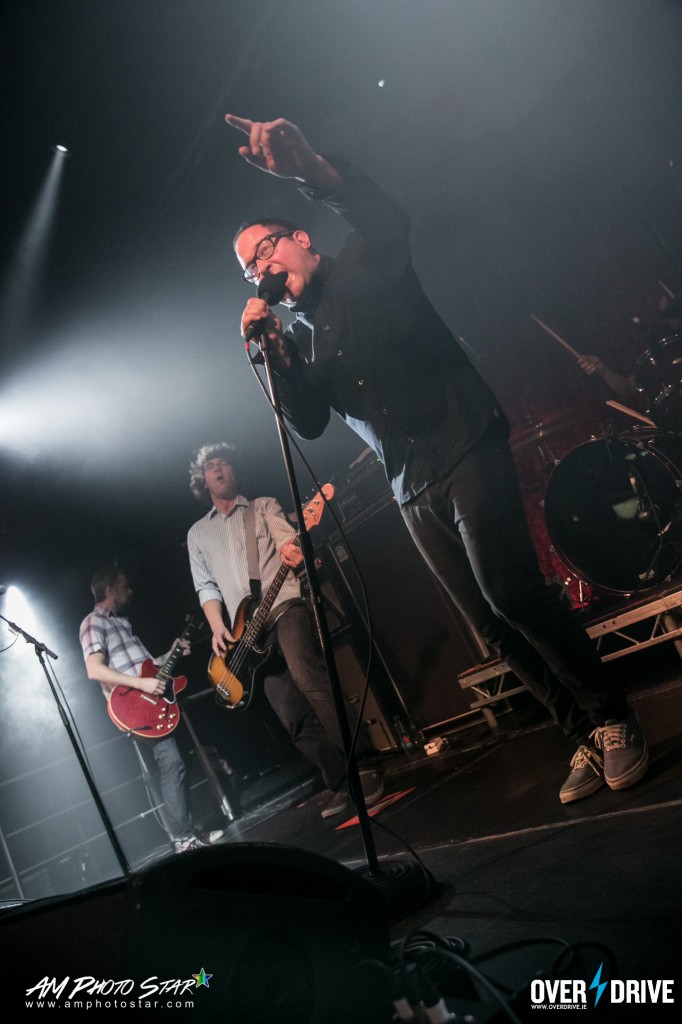 This band has a very large and varying sound. Although most of their songs have a definite rock feel, there are some songs that feel like they should be played in a small club (‘First Night’). There is a song for everyone in the audience and for fans who know the music there is a personal element. This band writes about relationships and real life problems like drug addiction, religion et cetera in a realistic manner with added embellishment that makes one think about living and the comedic values that life holds.

The crowd is very receptive during the show, clapping and singing to hits like ‘Sequestered in Memphis’ and ‘Chips Ahoy’, and following Finn’s lead by doing as he asks. At the end of ‘Hot Soft Light’ the whole venue is silent as Finn puts finger to his lips and the crowd adhere. He has them eating out of the palm of his hand.

It feels like Finn is telling the audience a story rather than singing to them. He paces the stage repeating lines in disbelief while looking at the crowd but this is normal as the band write albums based about certain characters; Finn embodies the personality of the storyteller. The crowd wants to know what happens next, waiting with baited breath. 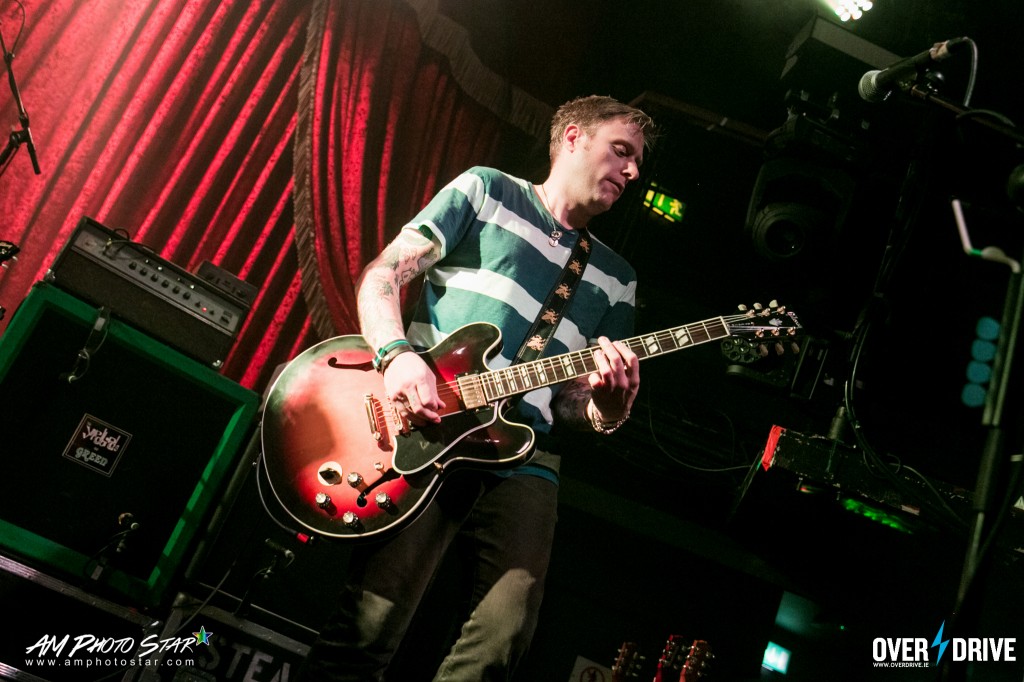 Craig shares with the audience that the band has brought a part of the Minneapolis to the show in the form of his father who has a great view of the band on the balcony. The crowd turn around to face the balcony to cheer and wave while Finn and the band look on beaming. This is a great addition to the show and it seems to make the performance more personal and meaning because of this special guest.

Towards the end of the show the band are visibly getting tired. To keep motivation up they converse with each other and bassist Polivka plays the cymbals when he has no part in ‘Stay Positive’.  The encore consisted of a song that Finn introduced as a “drinking song about bars” – ‘Citrus’ which was atmospheric and a change of scenery for the show and ‘Massive Nights’ which seemed to get a better reaction than any other song. The band invited their support act, the So So Glo’s, onto the stage for the final song. The two bands sang ‘American Music’ together finally leaving the stage to a rapturous and very happy Academy.

I Hope This Whole Thing Didn’t Frighten You

Cattle and the Creeping Things 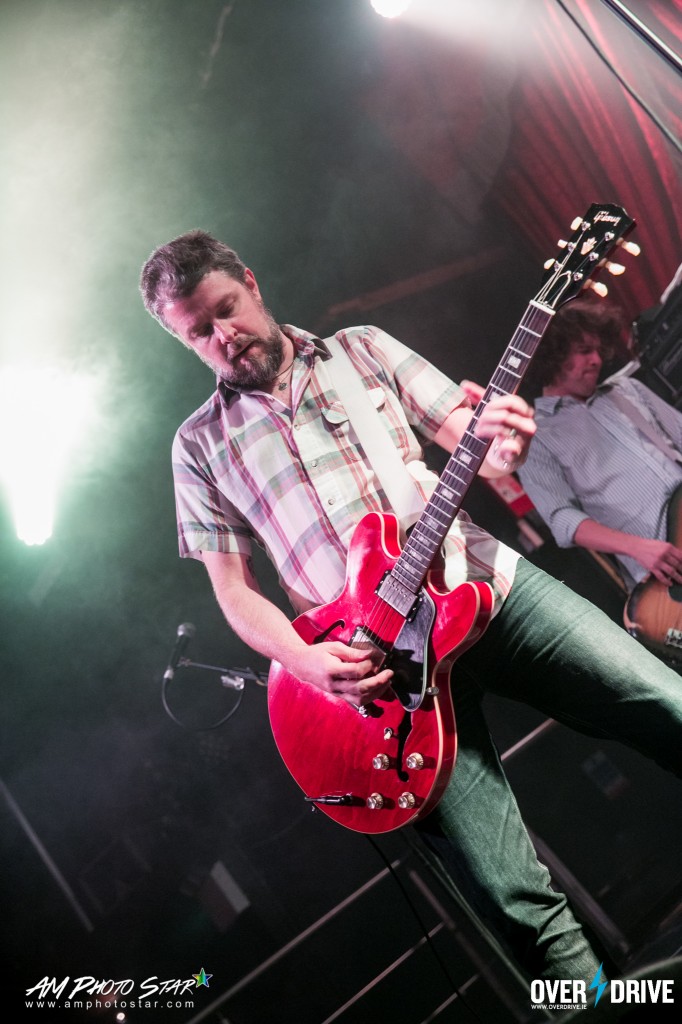 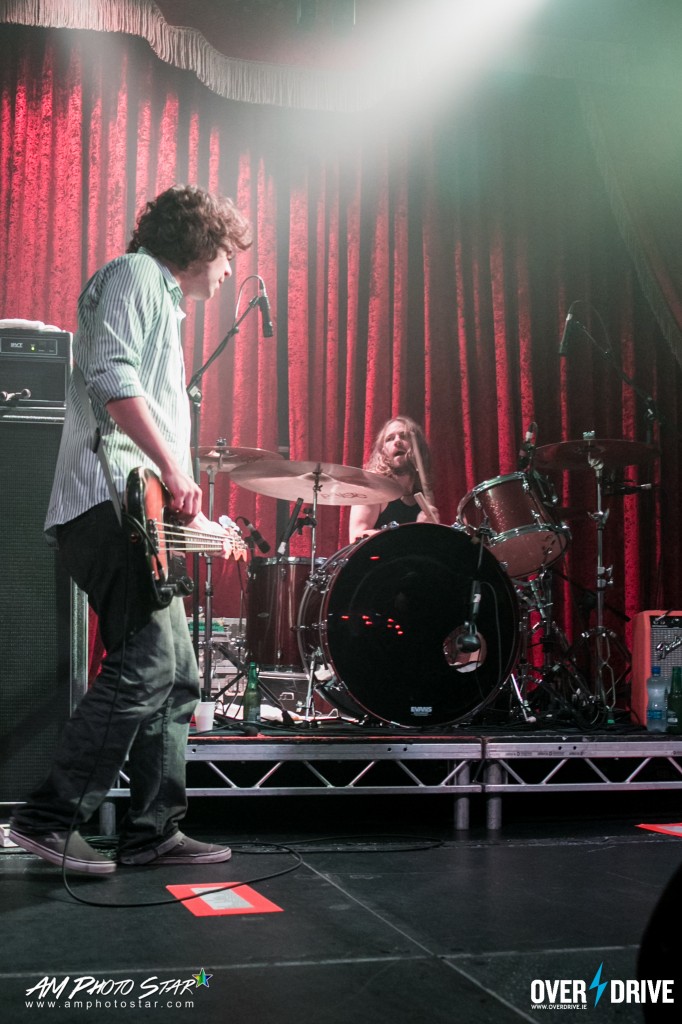 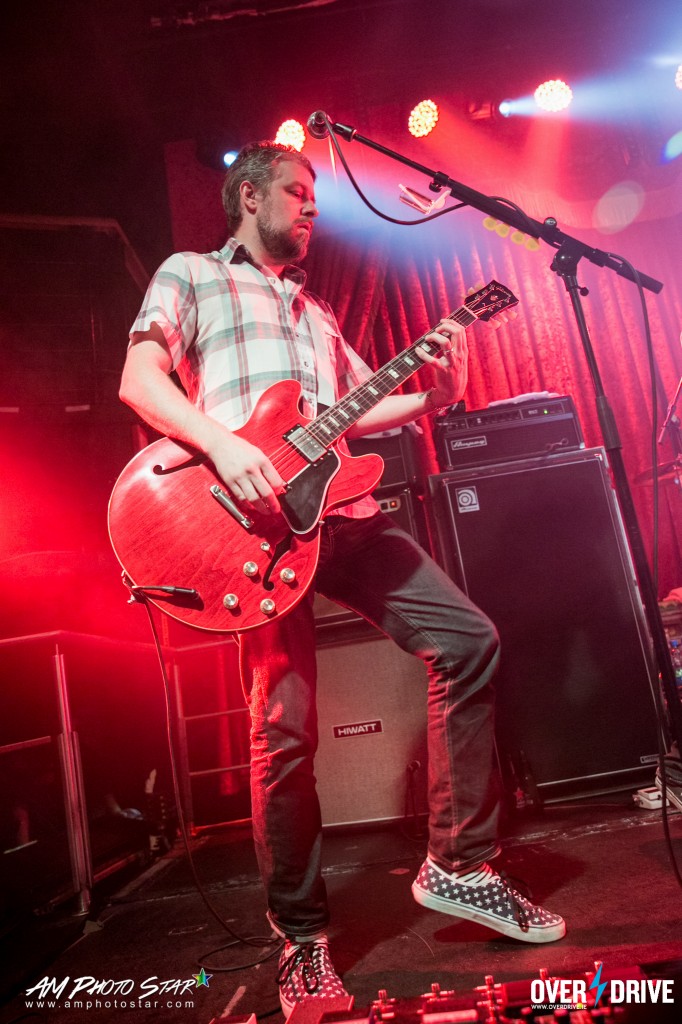 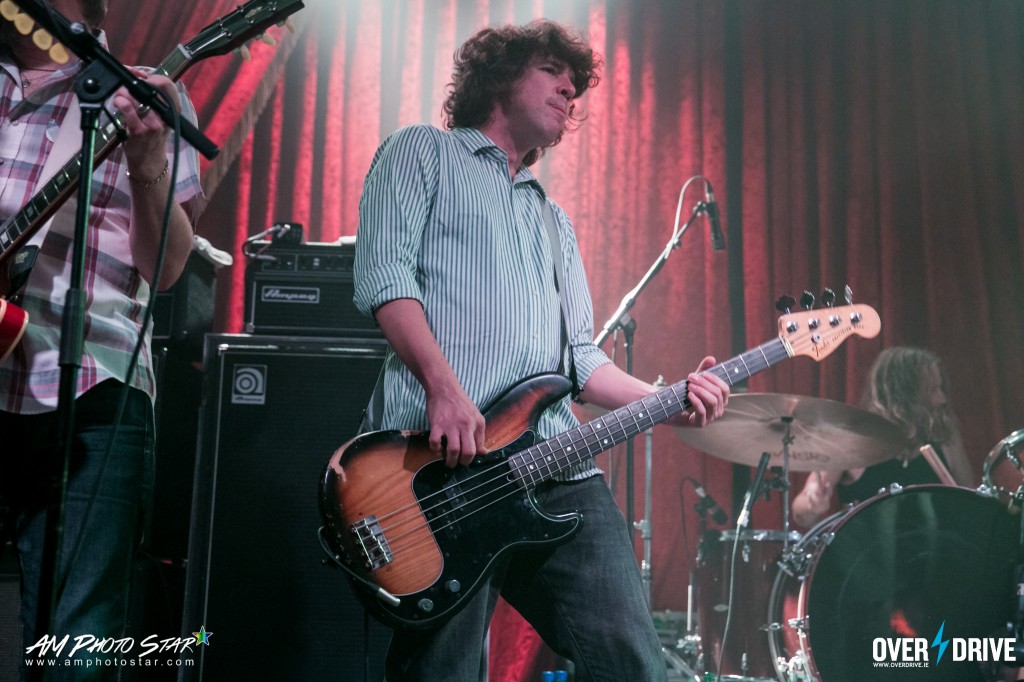