The Hold Steady get ready for Dublin show! Your chance to win tickets!!!!


The Brooklyn based five piece Rockers will pull into Dublin for an exclusive one off performance in The Academy on Abbey Street on October 18th. Overdrive had the pleasure of catching up with guitarists Tad Kubler to talk about the new album “Teeth Dreams”! 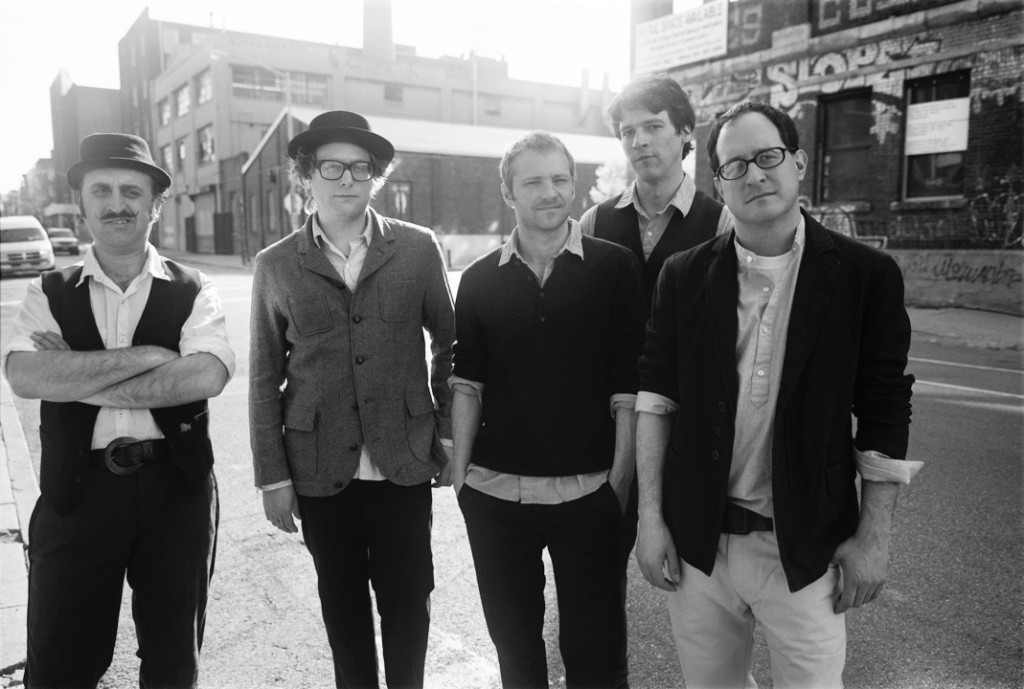 OD: The new album “Teeth Dreams” has been out since March, what would make this a successful album in your eyes?

Tad: If you put the focus on the amount of records you are selling, especially with the music business the way it is now, you are setting yourself up for being gravely disappointed. I feel a success was walking out of the studio and knowing that we made a really good album and just being really happy with what we did.

I would be lying if I said that I didn’t want to be as big as the Rolling Stones or U2 ‘cause that would be fantastic but I don’t think that would be realistic. I think we made a great record and I think that, compared to older records we’ve made, I see a certain amount of growth. You have to make the work its own reward.

I went to see Nick Cave the other night and he was playing piano and answering questions and it was inspiring. God his career, starting with the Birthday Party and the Bad Seeds and everything he’s done; he has written screenplays and soundtracks, made records and played in bands – to just aspire to a body of work like his would be just incredible in itself without the publicity that he got.

OD: A few critics have been saying that this album is a return to form from your last album in 2010 ‘Heaven is Whenever’. Is this true in your eyes?

Tad: No I don’t so. I think the last record was kind of a half step, as opposed to a full step, and I know I had certain things that I would have liked to accomplish on the last album but we didn’t. I think the fact that we tried was the most important part of it. I think we had reached a point as a band and some of us personally but that happens to us all.

OD: You guys are on a break from touring until next month, what have you been up to?

Tad: Yeah for the most part we have been on tour all year but we are home now for a couple of weeks and then we head to Europe. We have been busy writing and other things creatively; my daughter has just started school. There is always a lot going on.

OD: What song on the album sums up for you the main reasons for making this album?

Tad: I would say Oak, the last song. Just from it starting out as a demo and seeing where and how it ended up on the album was one of those moments where you say ‘That’s why we do this’. To see it come to life was one of the better creative moments I’ve ever had. I am not saying it is the best song or the greatest thing we ever wrote but it was great to see how it evolved.

OD: What is the story behind Oak?

Tad: It just sort of happened. I mean I look after things musically and Craig does the lyrics and we never really talk about it. These happen separately and more so on this record just because of timing and stuff like that. That song was sort of my fascination with a Radiohead song and the way the band in particular can capture an emotion in the same way that Nick Cave can. There are a handful of bands that when you listen to a song it captures a particular emotion and I just wanted to see if I was able to do anything remotely like that. Just to be able to have this feeling that can be translated into music and then Craig got the lyrics in.

The song has a kind of coda in the middle of it and that wasn’t originally there. The song should have ended after the last chorus with no outro. Craig came in and said ‘God this song is really depressing. Can we have some kind of scene change so it sort of gets brighter at the end?’ Originally I was like ‘No, its perfect! We are not fucking with this one’ but then I was like ‘Alright let’s try it’. In that way Craig is really great at knowing when to inspire and that is something that he has always been good at because he sees the bigger picture. That is when the song came to life.

OD: The album artwork, it is very dark, more so than other albums, what made you choose this design?

Tad: Well that is interesting as our friend Adam Dukes designed the record cover and I think we realised early on that this album was different than other albums of ours in the way that it didn’t have that sort of “everything’s a party and is going to be okay” vibe.

Some people have said that the album is darker and less hopeful and I’m not sure I would say that. I would say that it is more tense than previous records and that is just testing where we are as a band at the moment.

OD: Do you have future plans for a new album?

Tad: Nothing like that. We are kind of writing and Craig has come up with some narrative ideas conceptually in terms of storyline. There isn’t a definite ‘now we are writing and now we are not’, but in terms of a next record we are trying to figure out how we can continue to produce music that’s going to be creative and different. The playing field is changing and technology is moving at a pace that the industry can never keep up with. I think it is our job to creatively think of ways to do things differently.

OD: The band has been going for over ten years, you must have some great stories of meeting people? Have you ever been star struck?

Tad: Oh god yes. I always try to be cool about it. I mean shit more recently The War on Drugs has been a band we have toured with in the past and have opened for us and I hadn’t see Adam in a long time. After hearing the new record and seeing him and being like ‘that record is fucking amazing, it is all we listen to on the bus!’

Getting to meet Dave Grohl, Josh Homme or Noel Gallagher, Billy Bragg, Bruce Springsteen, people like that who we have come across over the years, it is just great.

For your chance to win 2 pairs of tickets to the show, simply hit the link below and like, share and invite your Facebook friends! Winner will be chosen on Monday October 13th! Good Luck! 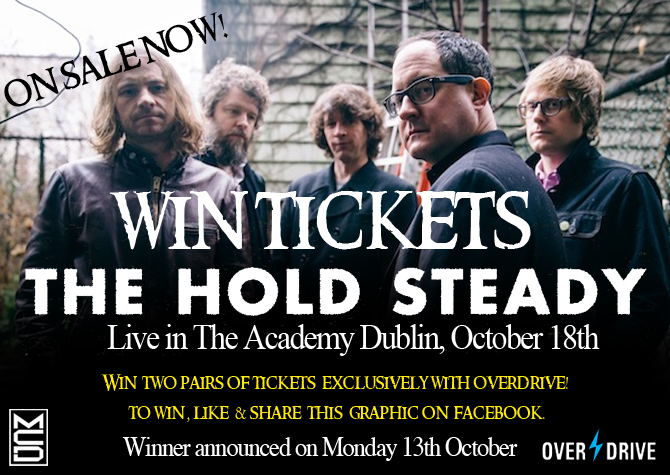