I Prevail have just announced the rescheduled dates for the Spring tour that had to be postponed due to the current COVID-19 global pandemic. 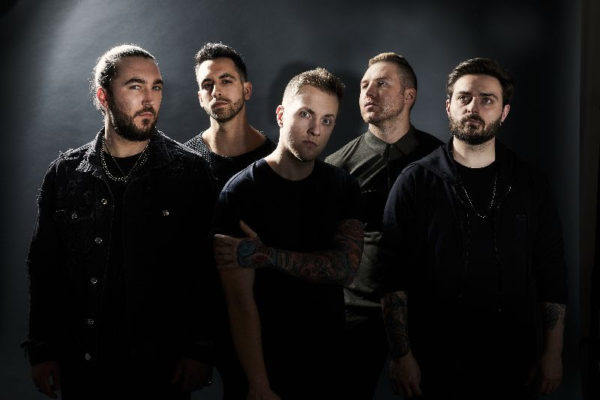 An official statement from the band today reads;

“In these very tough and strange times, we’re stoked to announce that all postponed dates from the EU / UK leg of ‘The TRAUMA Tour’ have officially been rescheduled for this August/September.

All previously purchased GA and VIP tickets will remain valid.  We’ve also added some killer festivals and additional headlining shows to the route. Dream State will still be joining us on all headlining UK shows & in Dublin, Ireland.  Support TBA for all European headlining dates.”

“We’re hunkered down for now… but we’ll be back to crowd surfing, circle pits and walls of death in no time.  Stay safe and see you soon.  Oh yea, keep washing your hands.”

After posting up over 200 million total streams on last year’s sophomore blockbuster ‘Trauma‘ and landing on the pages of Variety and beyond, two-time GRAMMY Award-nominated platinum rock juggernaut I Prevail recently revealed “Hurricane (Reimagined)” which went to Number 1 on the Billboard Rock Charts.

The Michigan outfit strips down its latest hit single ‘Hurricane‘ acoustically, highlighting the poignant lyrics, vulnerable performance, and impressive songwriting. It illuminates another side of the Michigan group and exerts a different kind of power from the original.

Rescheduled dates are listed below: 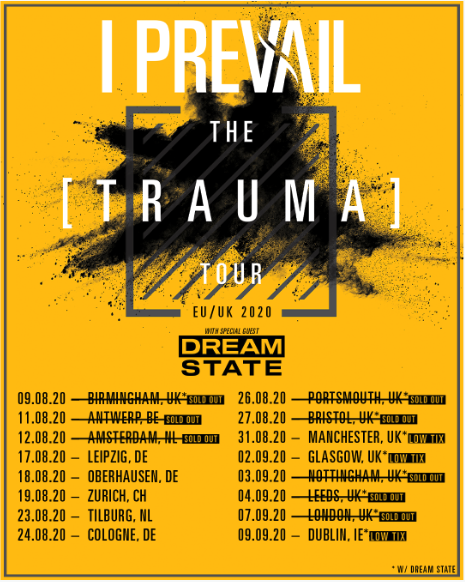