IMMOLATION RELEASE OFFICIAL VIDEO FOR ‘WHEN THE JACKALS COME’, TAKEN FROM THEIR LATEST ALBUM ‘ATONEMENT’

IMMOLATION is a name long synonymous with the extreme music scene, delivering some of the most unique and creatively dark death metal the underground has witnessed over the past 30 years. 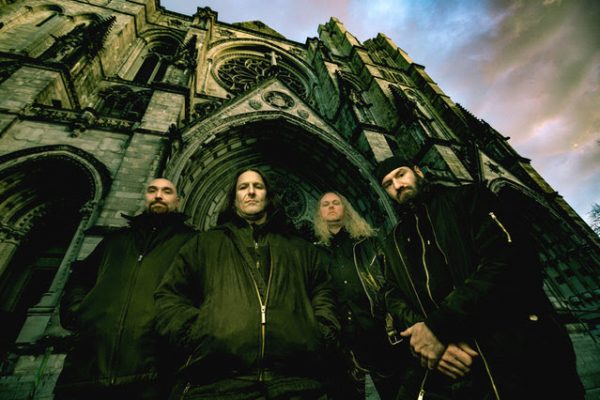 With the release of Atonement last year, IMMOLATION proved once again that they are one band that does not look back, continuing to push the limits and remaining a vibrant force for the future of a genre they helped define.

Today, the New York death metal giants have released a music video for the track ‘When The Jackals Come‘, which can be viewed, below;

Taken from the critically acclaimed release Atonement, the video was directed by none other than the band’s very own guitarist, Robert Vigna.

The band commented on the video:
“We are excited to release this new video to the fans! This is one of our favourite songs off the Atonement record. The song itself has a very dark vibe, so we aimed to make the video as best a representation of it as we could. We hope everyone enjoys it! ‘Their war is already won…your world will end when the jackals come.‘”