The highly anticipated new studio album from Swedish melodic Death Metal crew, IN FLAMES, is finally released today and to celebrate, the band have released a new single/video for ‘Call My Name’. Get it all here… 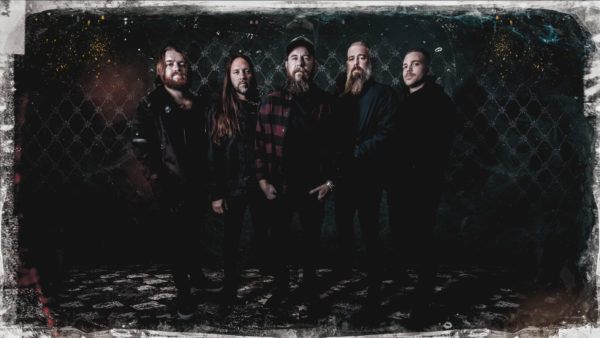 Kicking off with the pounding anthem, ‘Voices‘, the 12-track album takes you through a journey of the band’s signature melodic sound. From the anthemic riffing on the ballad ‘Call My Name‘ to the relentless guitars on ‘Burn‘ and sweetly syncopated groove of ‘I Am Above‘, ‘I, The Mask‘ sees the band stretching out musically and crafting music that’s as catchy as it is crushing.

Check out the official video for ‘Call My Name‘ below;

“I love the act of creating something from nothing and then getting to travel the world and play these songs and see how they affect people. It’s extremely rewarding to hear how a certain song moves someone and then you talk to someone else and learn that it affected them in a profoundly different way. The dynamic between the creator and the fans and what they bring to the table is such an amazing feeling, so that’s a big part of our drive. To make something and share it with the world, that’s what we were meant to do.”
– Anders Fridén.

“For ‘Battles’ I wrote a lot of the material at home first, but for this one, Anders and I really wanted to just get in a room together and see where it would take us. I think this process worked really well because a lot of the lyrics fed off the music, or Anders would come up with a really powerful line and it would inspire a riff, so there was a lot of symbiosis between us in the songwriting.”
– Björn Gelotte.

‘I, The Mask‘ is now available. Get your format of choice here.
Order the album digitally, here.

IN FLAMES have also announced the final line-up to their second annual festival, BORGHOLM BRINNER, that will once again take place in the Borgholm Castle on the Isle of Öland in Sweden on August 2nd and 3rd. While the band themselves will perform two different special sets on each night, these internationally renowned acts will join this year’s line-up:

Two-day-tickets have already been available to purchase and single-day tickets go on sale today at this location.

‘I, The Mask’ is out now on digital and deluxe CD that includes 1 bonus track. Additionally, the band is releasing a 2 LP limited edition vinyl that includes a Jesterhead pop-up, as well as a mailorder edition with Jesterhead latex mask.

Overdrive spoke to guitarist Björn Gelotte about the new album and much more. You can access this interview, exclusively here.