INTERVIEW – THE L.I.F.E. PROJECT “THERE WERE TIMES WHEN IT WAS DIFFICULT NOT BEING TOGETHER DURING THE WRITING PROCESS” CASANDRA CARSON


Stone Sour member Josh Rand has been keeping busy since the first initial lockdown with The L.I.F.E Project, [released July 9th]. Featuring the talented vocalist/guitarist/songwriter Casandra Carson, Overdrive caught up with Carson to discuss the debut EP and news of a forthcoming full-length album… 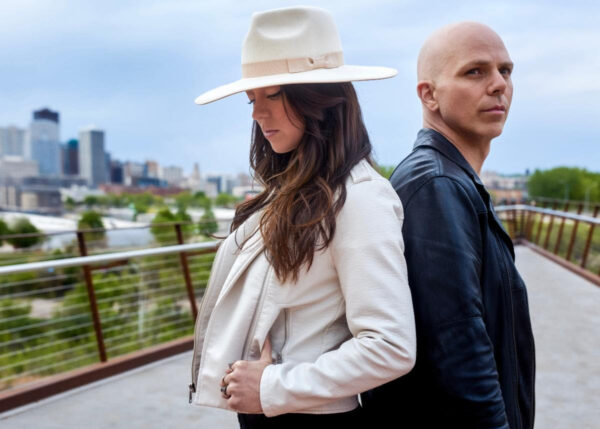 Speaking from her home in Springfield, Missouri, Casandra Carson is in high spirits due to the release of their debut EP and is more than happy to discuss how she worked with Josh during lockdown restrictions, as well as a possibility of a full-length album…and some well-known covers. 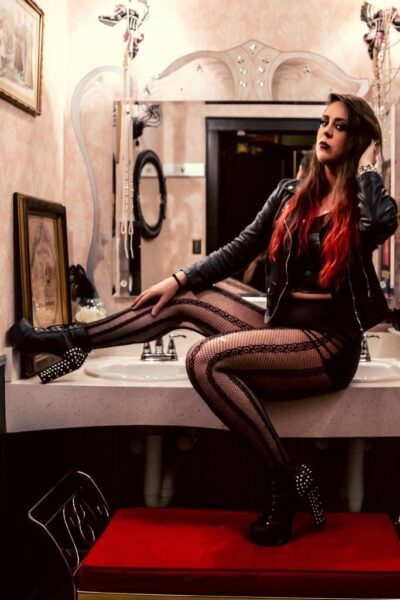 OD – Firstly, I was reading how you got involved with Josh [Rand, Stone Sour] for this project and it seemed like it was one of those chance situations kind of like serendipity would you agree?

CARSON – It was really perfect timing because the world was shut down and we had so much time on our hands to write and create music. Had the pandemic not come about, who knows if we would have ever had the time to do this.

OD – Can you give me a little insight into the title of the project? What does it mean?

CARSON – Well, Josh kind of talked about that and there’s no real definite acronym, which I’m sure most people will not want to hear [laughing], but we kind of just tell people to make of it what you will and create your own acronym.

OD – Was the intention to write this powerhouse style, or were you going into things kind of blindfolded as I know that Josh had some ideas prior?

CARSON – When he [Josh] sent me the songs at first they were pretty much done. So, really, my job was to take the vibe of the song and just kind of tap into whatever kind of emotions that were unlocked when I connected to the music.

I think it’s very important to have a connection with music, and for me, when writing lyrics, I really want to have some kind of personal, relatable experience with the music. Also, I want the listener to understand that also.

OD – Of course, Josh is reported to have played all instruments on the EP, just knowing that this was his ‘baby’ so to speak, were you a little intimidated about getting involved at first, or was the connection instant between you both?

CARSON – [Laughing] Yes, I was a little overwhelmed but really excited also. Like when he [Josh] sent me ‘A World on Fire‘… I was freaking out because I just couldn’t wait to start working on it. That ethereal chorus in there just got its hooks into me from the first time I heard it [listen below].

Some of the other tracks on the album were just natural for me to write for but then there were other parts of the album that was a little outside of what I was used to working with, which was a great experience. Josh has had a very successful career, and I really wanted to do my best for him, as well as for myself.

I definitely wanted to be up to par for what he was looking for with this music. I really felt that I took on some personal challenges, and ultimately I conquered them.  There were some really stressful times during the writing/recording process but overall I’m super happy with it all.

OD – Explain the process of how you recorded your vocal parts to the album. Were you just sending files back and forth or did you get together for some sessions?

CARSON – Josh sent me a lot of music, in bulk if you like and I just worked on each track one-by-one and sent them back to him. I have got a friend who lives here with me in Springfield, who owns a studio, so I was working there the whole time.

I would write to what Josh sent me, then record it and send it back with notes saying things like: “If there are parts you like, then great, if there are parts that you don’t like, we can change them.“ 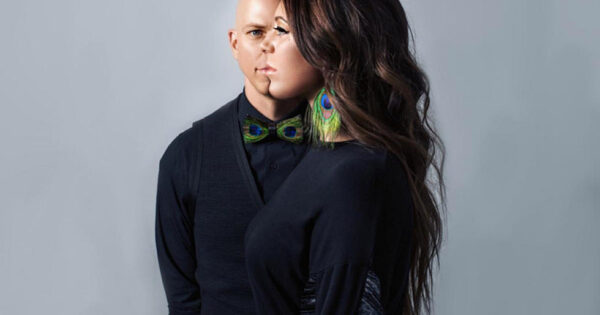 There were some songs that I did a completely new re-write with different lyrics, different melodies, etc. ‘A World on Fire‘ is actually one of those, “re-written songs“. We ended up just changing it all and to be honest, it sounds so much better.

OD – It must have been a breath of fresh air to work on this project without a label breathing down your back.

CARSON – Well, yeah, it’s nice to have the creative freedom that we did. I’ve never been signed to a major label, so I’ve really got no experience with that type of pressure of them breathing down my back. [Laughing]

Josh certainly does! I know that from what he was saying, he felt the whole thing was very relaxed and free.

OD – Besides the tracks on the EP, was there anything else written/recorded, and can we expect an album anytime soon?

CARSON – Yeah! We have written about twelve/thirteen original songs that have been recorded. We choose these five songs to put out as a kind of tester if you like before we get stuck into putting the full album together.

Also, when we were just getting used to working with each other, we actually recorded a bunch of cover songs also. We’ve thought about releasing some of those songs also…just for fun.

OD – Can you tell us what covers you did?

CARSON – We’ve done, Van Halen, Blondie… The Beatles. We were gonna do a Metallica track but I think we’re gonna do something else now. We’re just having some fun and enjoying each other’s sonic space.

OD – There is no question how incredible your vocals are, not only on this project but in your other band, Paralandra. Your range is so impressive, all the while keeping that rasp. What was the most challenging song for you to perform on this EP?

CARSON – Hmm… I would have to say ‘Purgatory‘. It’s got kind of a softer, more of a singing, high register to it. Finding a way to sing at the register, and keep it fresh and preserve tone and emotion was kind of difficult, but I got there in the end. I really like the way it turned out.

OD – Did you have any issues with this EP considering there were just so many obstacles in the way?

There were times that it was a little difficult not being together during the writing process. He [Josh] sent me ten songs and I was just going through one at a time. So, I didn’t really have a lot of time to work on each song under normal circumstances where we’d just naturally figure out melodies, etc.

Also, I didn’t have a studio set-up in my home at that point… I have one now [laughing]. But it made things a little difficult at times.

OD – When things return to some kind of normal, are there plans to tour this EP?

OD – For your own band, Paralandra, what’s happening with you guys now with regards to a follow-up to 2019’s “Love Will Win”? 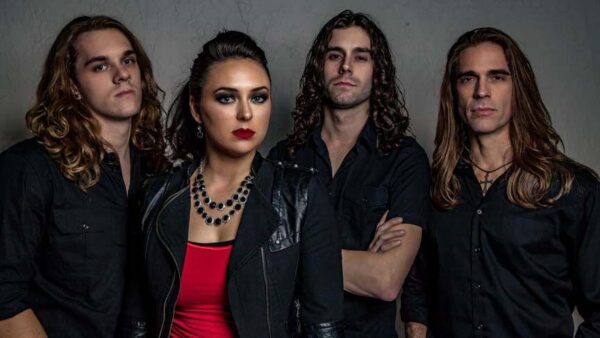 CARSON – Well we have a new album in the works and have just finished recording with Elvis Baskette [Alter Bridge, Sevendust], and that album is scheduled to be released this coming Autumn. I want to make sure that both projects get equal attention and not to be stepping on any toes, or have any overlapping.

OD – If you could duet with any other vocalist, who would it be?

CARSON – Hands down, it would have to be Miles Kennedy. I just love that guy’s voice. Alter Bridge has been my favourite band since I was about thirteen. I’ve been to so many of their shows and met them through the meet and greet, with my Mom! [Laughing]

OD – For you personally, what is the most difficult part of this industry?

CARSON – Well, I think allowing bands to get on the radio without paying an arm and leg is a huge problem. The whole industry is just influenced by money rather than creative talent and that’s really disappointing.

There are so many great bands out there that can’t catch a break because a lesser talented band have the money to get to where they need to be. Like tour buy-0n’s, and radio buy-on’s.

I really hate that. Money is the root of all evil, as they say. I think that the industry should be more focused on the music itself rather than the image. I’ve heard it all over the years.

OD – With regards to touring, do you have much experience in touring outside of America and if so, are there any places that you’ve enjoyed performing?

CARSON – No, not yet! I’ve been over to Scotland with my boyfriend’s band, Tantric and they were doing their first European tour in 2019 and I was with them for about a week and caught the vibe. I can’t wait to get over to Europe with either The L.I.F.E. Project, or Paralandra over.

OD – Do you ever think it would be possible for This LIFE Project and Paralandra to tour together or do you think that would be too much of a strain on your vocals?

CARSON – Absolutely, I love touring and travelling. We are planning to hit the road in 2022, and as for Paralandra, once we release the album, we’ll hopefully be able to get over to Europe. With regards to touring together, it would be incredible but it would be hard on my vocals…doing two headline sets a night. I’m willing to try it, if the opportunity arose.

OD – Finally, what is your all-time favourite, “go-to” album?

CARSON – I would say ‘Trilogy‘ by Yngwie Malmsteen. That album never fails to please me. 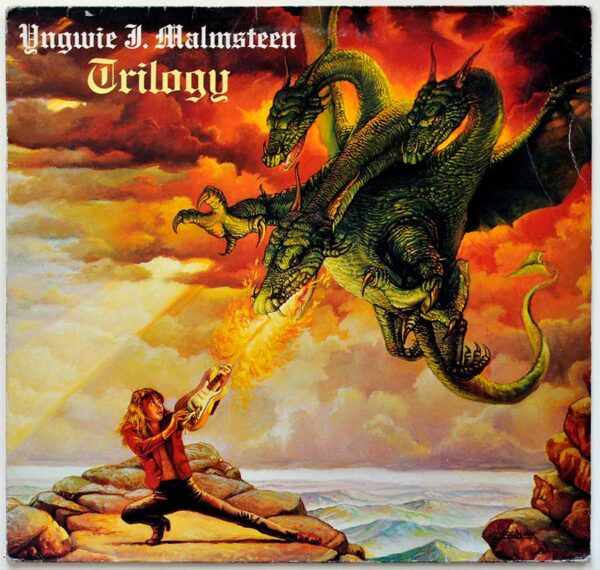 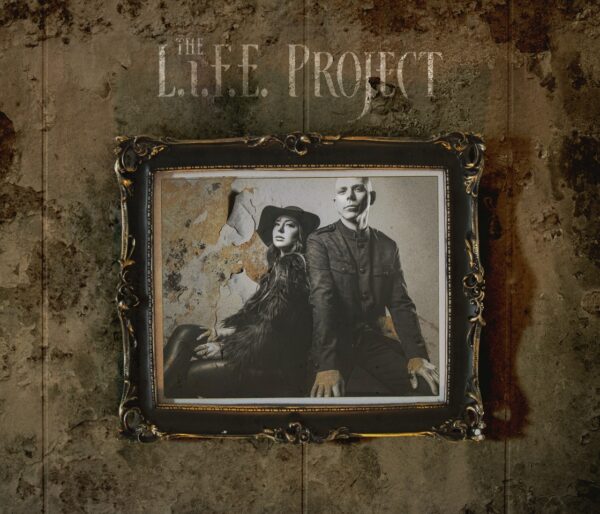