We grab the suitably evil guitarist, Count Marcel La Vey, from the UK’s delightfully sinister, The Heretic Order, to talk about all playing Bloodstock and their awesome debut album! Get stuck in below. 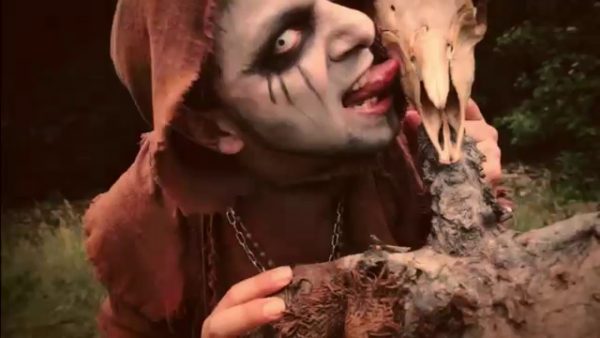 Having just laid waste to an impressive Bloodstock audience, The Heretic Order’s guitarist known to us all as Count Marcel La Vey, is in fine spirits! And why not? The UK four-piece are on the rise with their infectious brand of doomy, classic rock influenced anthems.

With their highly anticipated debut ‘All Hail The Order’ has been received with open arms by metal fans throughout the UK and beyond, it would seem that you are about to hear a lot more of The Heretic Order in 2017! 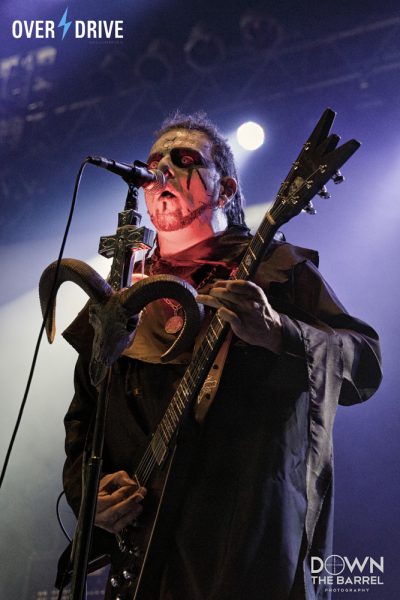 OD– You’ve just finished your set here at the Sophie Lancaster Stage. When you think about your first show at Bloodstock on the Jagermeister compared to today’s performance was there any similarities or a whole new experience?

COUNT MARCEL –  Well it was as a very different experience from our show in 2014. We were playing the Jagermeister stage, so there was a different setup, different stage, it was a lot smaller, and this year we came up here to a bigger stage and we really enjoyed it! A lot of people showed up at such an early time, I think we were blowing all the cobwebs off people. It’s just been amazing to get to rise to the next level with the Bloodstock Family. Hopefully one day we will get to the main stage (laughs) but who knows what’s going to happen.

OD– How do you find Bloodstock in comparison to other metal festivals that are going on?

COUNT MARCEL – Well without being cliché or anything, I find Bloodstock to be the real heavy metal festival. That’s what I find a lot of people talking about when I talk to them about different festivals. It’s true metal, it sticks to metal and sticks with it and you see bands who like to hang out back here (the VIP Area) . 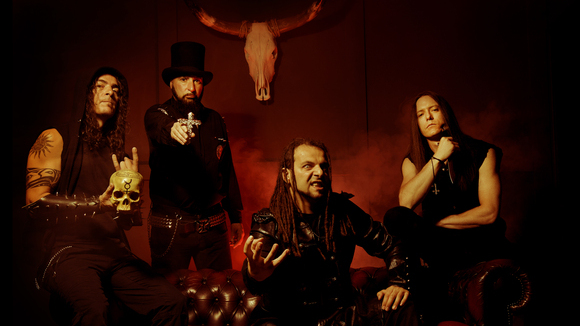 OD – Your first proper outing as a band was at London Metal 2 The Masses in 2014. How long was it between that gig and your signing to Massacre Records? Did they come to you or did you come to them?

COUNT MARCEL – Well, they showed an interest and there were a few contacts from various labels, but that was the one that we pretty much warmed up to. I think it was the same year as Bloodstock if I’m not mistaken. It was after the M2TM gig. 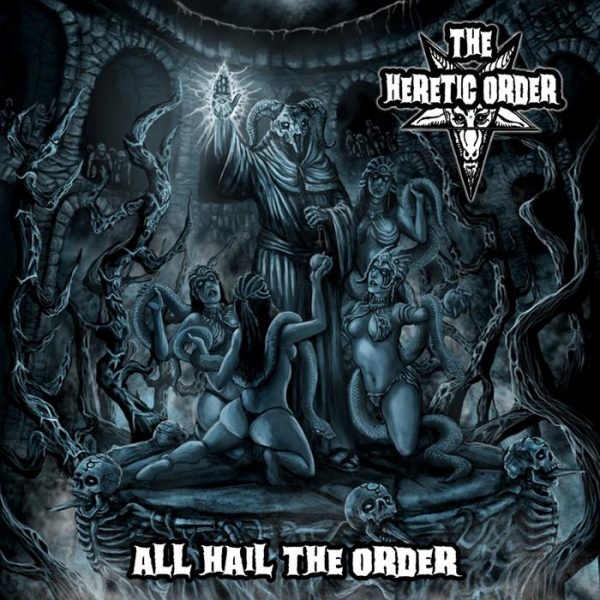 OD – Will Maya was the producer on your album – was it Massacre’s idea to go with him or was it an idea you went to them with?

COUNT MARCEL – Oh we know the guy! To be honest I’m not on the album – I only play a couple of solos on it, but the other guys, Lord Wagner and Rotted Skull, they’ve been using Will Maya for years and years. They have a good relationship with him – they go waaay back. They were happy to use him and that’s the way it’s always been. He’s a really great producer and we really hope that we can keep it going with him.

OD – So when you finally signed the record deal, was it a feeling like “Hell yeah! This is really happening!! WE’RE FINALLY ON A RECORD LABEL!!”

COUNT MARCEL – oh yeah exactly! (Laughing) At least it was for me. Again, the boys have that experience already but for me, it was completely new. Having tried with previous bands, I have another band as well, it’s tough going. That moment when we said ‘Yeah OK we’re signing’, and we signed the piece of paper (mimics his hands shaking). But it doesn’t feel real until you see it on a CD or on your band’s stuff. It’s a great label as well – it feels right.

OD– You had a really big tour with I.C.O.N. earlier in the year. How was that? Do any particular shows or nights stand out for you from that tour?

COUNT MARCEL – Yeah, that tour was in the UK. Oh man, that tour was freezing! You know what it’s like: you’re in Ireland! We had no heating in the van – that was a big problem so keeping warm was a big issue! But the guys from I.C.O.N. they were great – it was a good tour, and we’re looking forward to touring with them again soon.

OD – You’re currently on tour with Hell Puppets – is there a feeling that the training wheels have come off now that you’re headlining your own tour with support?

COUNT MARCEL – Well we’ve been doing tours for a few years and we’ve had some great support slots with a lot of different bands. This is one of them. We did a few shows in the Underground in London – that was just awesome. So yeah it feels like it’s time to keep it going – we don’t wanna disappear, climb another rung up the ladder so to speak. 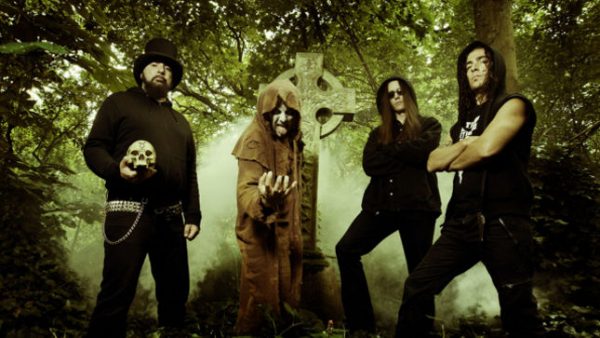 OD –  So what did you guys do differently during today’s show in comparison to your show in 2014?

COUNT MARCEL – Well, it was literally our second gig that we did two years ago together as a band, so a lot has changed, from those gigs. We’re a lot tighter, smoother, going through the set. We just warm up to the crowd a lot more as well. We’re not just worried about getting through the setlist.

OD – Who were you most influenced by when growing up, that led to the concept of The Heretic Order?

COUNT MARCEL – oh wow – emm…. There’s too many, really…. There’s so many. Two guitarists definitely, David Gilmour and Slash for myself. But you gotta go back to Merciful Fate, King Diamond, all of that old-school stuff. Of course, Guns N Roses IS old-school. Pink Floyd is proper old-school. It’s a lot of bands – too many to mention really. 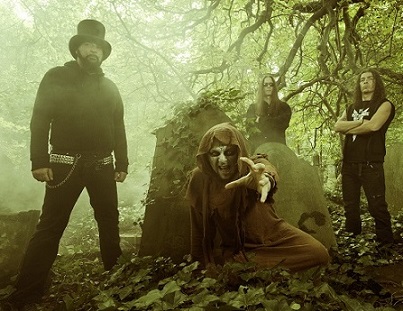 OD – Was there one particular piece of music that was kind of life changing for you, setting you on the path for what you’re doing now?

COUNT MARCEL – oooh that’s an interesting one: for me,it was actually ‘One’ from Metallica. My brother used to play it really it really loud in his bedroom and it just got drilled into my head. I was like ‘Yeah ok! This will do!’  that’s what rock and metal do to you – they hook you in and don’t let you go.

For more information on The Heretic Order, simply click here.

The Heretic Order’s debut is out now via Massacre Records. Get your copy, by clicking this link.