INTERVIEW| MARK TREMONTI ON POLITICS, SPIRITUALITY, SONG WRITING AND ANNOUNCING THE RETURN OF ALTER BRIDGE TO DUBLIN THIS OCTOBER!


Ahead of their maiden voyage in Dublin, Overdrive got a hold of one of Alter Bridge’s top shredders Mark Tremonti. The excitement surrounding the Olympia Theatre is tangible as people are sweating in the sun while they are queuing to finally see this band in this fair city. 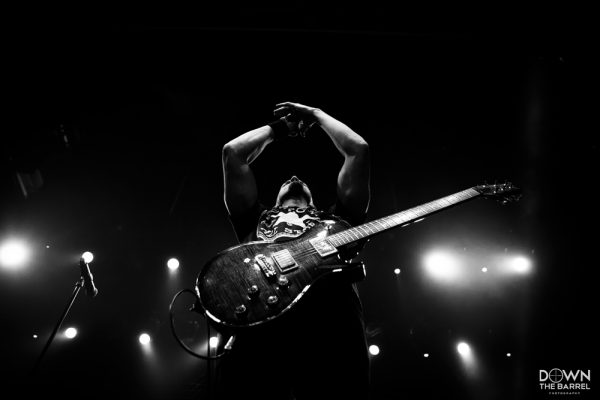 Mark Tremonti has an air of calmness and humility. Due to his rotating creative activity with Alter Bridge and his solo band, Tremonti, he seems focused and planted deeply down on earth. There is no rest for the wicked!

OD: First things first – can you tell me five things you’re grateful for today?
Tremonti: My family… my career… my dogs… my crew and my band!

OD: You have been touring excessively in the support of this album.  Are there any other countries you have visited for the first time during this period?
Tremonti: Gosh no, I’m sure we’ve gone to some new countries. We’re headed to South America in September, we’ve never been there with Alter Bridge but with the previous band… it’s a tough question!

OD: How’s the feedback been in those new countries, can you remember?
Tremonti: It’s awesome, whenever we visit somewhere new there are people saying “we’ve been waiting so long to see you” –
OD: (whispering) what took you so long?
Tremonti: – but tonight will be off the charts, cause people here have been begging for so many years and it’s always been just a nightmare at the end of the tour – “why aren’t we going?”, so this time we made sure we go!

OD: Has this been for organisational reasons?
Tremonti: Yeah, you know. You’re always rushing to get from city to city and if something is too far, too hard to get to, you just cut it out of the schedule, but this time we made sure!

OD: I’m pretty sure loads of fans here couldn’t sleep last night! Ireland has got a pretty good metal scene, the response of Irish fans is quite intense, so it will be a spectacle for you as well tonight. I remember reading that you try to keep your music progressing, to keep it fresh and unexpected, and Alter Bridge has become noticeably heavier. I was wondering if you have any sources of inspiration beside the music itself?
Tremonti: Just whatever is going around you, either personal or friend’s experiences, what you see on the news. Just wherever you can get it from, books, movies…

OD: … other forms of art! If I can latch onto that, “what you get from the news” – this new album The Last Hero has a quite a socio-political colouring. Do you have any particular lyrical motivation behind this album?
Tremonti: When we were writing the record, we were being bombarded with the elections in the states and we couldn’t get away from it. Any channel you turned on, any news- or radio station were talking about the elections and it just got more and more ridiculous, it turned into a circus. It just kinda seeped into our lyrics!

OD: I got that from listening to that album. Correct me if I’m wrong here, the Republicans especially tend to lift up the President to a demi-god level, to a hero level.. Now that such a controversial President has been elected, has this album been resonating back with you differently?
Tremonti: In the states, everybody complains about every president that we have, no matter if you’re Republican, Democrat or Independent. And I can’t remember a President in my life time… even Ronald Reagan, who people say was “the great Republican” – people complained about him when he was in office. Our whole lyrical content was just shouting out for a true leader, somebody who deserves to be a leader. We didn’t have an agenda either way, because I think there was no good choice for us, for anybody in the states. Everybody is just frustrated – there were so many people that ran, and there was a lot of good people – I can’t even remember their names.

OD: ‘Cause Hillary and Trump are the only ones that got so pushed – it’s incredible how manipulated it was, we over here even got quite emotionally affected!
Tremonti: There were a lot of folks that seemed like they would do a good job and they just got overrun by this whole press thing. The press was so big on those two characters that the rest got overlooked!

OD: It’s quite a circus like you said! I believe you’re quite a spiritual person – now I don’t want to nail you down on your idea of God – but do you think what you put out comes back to you?
Tremonti: I believe you should live your life without guilt, and I believe there is some spiritual force out there. I don’t believe in organized religion too much. I take my kids to church and get them baptized and all that stuff, they probably feel the same the way I did about church – there’s not a lot of emotion there, there is a whole lot of rueruerueureu – talk. 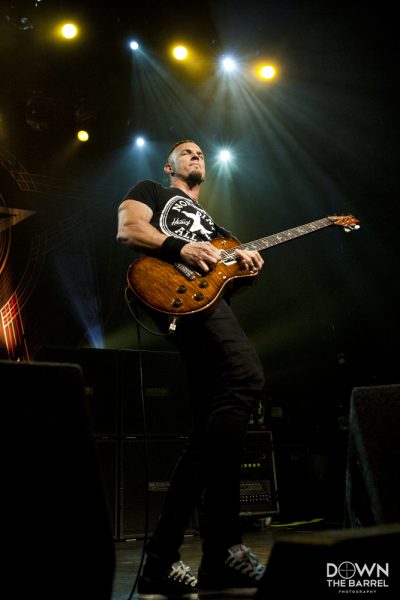 OD: I suppose the core got a little bit lost – be a good person and if you do good things, they will come back to you. With Alter Bridge, ultimately, is there any sentiment, concept of mind set you with to inspire with your music?
Tremonti: Each song is different. We love doing what we’re doing, we don’t want our music to ever just be – filler, every song means a lot to us. A lot of songs were written for specific people, the most emotional songs for us would be ‘Blackbird’ and ‘In Loving Memory’, that song is about death and losing people. ‘Words Darker Than Their Wings’ was a song we wrote because Myles doesn’t believe in God at all. He thinks it’s silly and I’m like I don’t know what I believe but I hope there is something so that song is about me and him having a conversation about it.

OD: That surely is something everybody can relate to. This wondering and debating what is really out there. Drastic change of subject, will you ever record a studio version of “On My Way”?
Tremonti: I might! I actually just looked it up the other day on my laptop, I have an old tape of it. When I recorded demos for the first Alter Bridge record, I recorded that one, but I don’t have a version with Myles singing it, just a version with me. If I did it, I just do it for my solo band.

OD: A lot of people are actually craving that song!
Tremonti: I still have the Original, so it would be fun to put out a new version and the old version.

OD: You were talking about teaching guitars and how you went about learning the guitar. Are you familiar with the Suzuki Method?
Tremonti: No.

OD: It’s a method employed by violin players, that initially emphasizes learning by ear, because we easily pick up a language phonically as children even though we might struggle with the same language as adults.
Tremonti: I learned by just spending thousands and thousands of hours just fiddling around, I became a songwriter right a way. I became familiar with certain chords but as far as the more advanced playing, it took me 15 years to really play. For many, many years I was bad. My main focus is writing songs, it has never been flashy. I like playing technical stuff but I’d much rather strum and sing a song.

OD: Would you fight a former member of a band called Ivan Drogo for charity? (hint: Rocky IV)
Tremonti (laughs): Nah, I don’t believe in violence.

OD: After signing your new deal with Napalm Records – what’s on the horizon?
Tremonti: I’m writing my next solo record right now, and after that will be the next Alter Bridge record, so we will tour after that.

OD: Your solo record is expected to be out in 2018?
Tremonti: Yeah, next year!

OD: Well we have some pretty sweet venues here, you should explore them all. Thank you so much for this interview!

Halfway through the show, Myles Kennedy could confirm on stage that Alter Bridge will return to the Olympia Theatre on the 7th of October 2017, with support from The Strypes and Little Hours! Tickets are on sale now via MCD and available here !
For any unfortunate soul, who missed their maiden voyage on Tuesday, you can gather our impressions of the gig here! 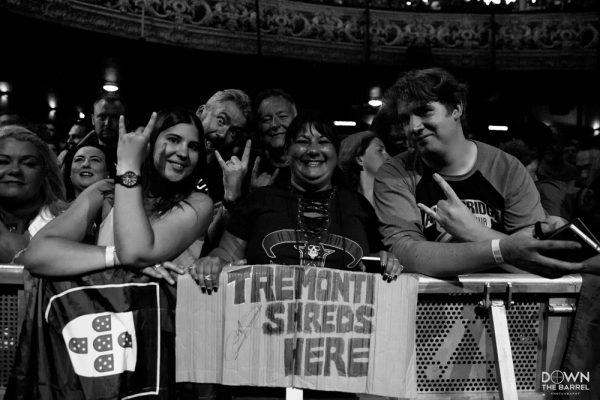