INTERVIEW – THE CADILLAC THREE “MAYBE WE’LL DO SOMETHING WITH RICK RUBIN.” KELBY RAY.

Overdrive hooked up with The Cadillac Three’s Jaren Johnston and Kelby Ray about the band’s current new album ‘Legacy’, their continued success on both sides of the Atlantic, as well as plans for the future.

Speaking to vocalist/guitarist Jaren Johnson and Kelby Ray, there is no doubt the guys are in fine form and enjoying the continued success of bigger venues, increased online streaming and even physical sales of their new album ‘Legacy‘ LP which was released last year.

OD – The ‘Long Hair Don’t Care’ tour has been going now since March with some US dates and from what we can see has been the biggest run of dates the band have done so far. Can you feel the hard work beginning to pay off now?

JAREN – The “Long Hair Don’t Care” tour has been great for us. We started here in Europe last November & have just played the last show this past week in the states. From Dublin to Denver we’ve been seeing bigger & bigger crowds singing along to every song which makes every night special. 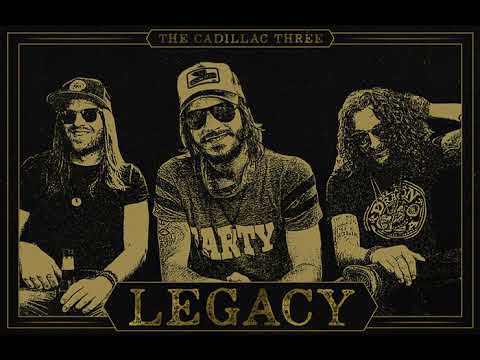 OD – Having played a number of times across Europe and the UK, do you notice a difference to the reaction at the shows from that of the US?

JAREN – I think there can be a little more excitement sometimes from both the crowd & the band.

KELBY – Yeah, we’re really excited to be so far from home & have people to play for & I think there is an appreciation with our fans that we’ve made the effort to come over again & again.  That combination makes for some pretty special shows.

OD – This run of dates will bring you up to September with shows back in the US, is the intention to just jump straight into the writing for the next album or will you guys be taking a break?

JAREN – We have actually already finished the new album. We’ll be touring up until Dec 15th this year. We come back over to Europe & the Uk just after Thanksgiving back home.  We will be doing dates in the UK with Black Stone Cherry which we are excited about. After that tour ends we will take a little break for the holidays but not for very long.  2019 is already looking very busy! 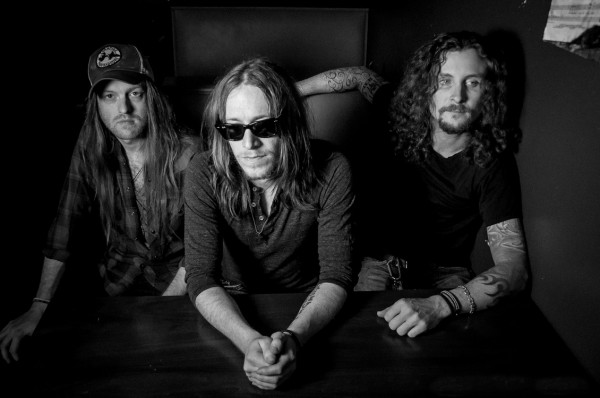 OD – Having been friends since High-School, you clearly know each other inside out. When it comes to writing material, do you work individually and then bring ideas to the table or do you write collectively also?

KELBY – We do it both ways. We’re constantly writing & listening to new songs & ideas. It rarely happens the same way twice, although we do most of our writing together on the tour bus. When we are actually home we try to spend time with our families & write with and for other people/artists more.

OD – You have managed to strike an interest with a multitude of music fans across a wide variety of genres, which is a very difficult thing to achieve. Was this the intention from the start or did it just happen that way?

KELBY – We’ve never fit in a box very neatly and I think that’s okay. We’d rather stand out doing what we naturally love than to fit in & not enjoy it. Along the way, you wonder “if we just did this or that would we bigger or more successful” but the reality is we are already travelling the world and playing for people that appreciate us for who we are, so what more can you ask for really?

OD – The music industry has changed considerably over the last decade with a lot of artists finding it difficult to get heard or noticed as a result of the overwhelming amount of music that is now accessible to fans. Having navigated through this industry, do you find that the best way to get noticed is to tour and play live as much as possible?

JAREN – Outside of having a successful radio “hit” or string of them I think playing live music is the best way to connect with people consistently. Without radio play continuing to go back and play new music everywhere you’ve been before is the best way to say “hey we are still here and this is what we are up to“. The great thing that comes from that is its not just about 1 song, it’s about all the new music all the time.

OD – When recording ‘Legacy’, it seemed to be a very relaxed and natural environment from what I’ve read/researched. Going forward, would you like to keep with this process as well as working with Drew (Bowman) or have you considered trying something that’s totally out of your comfort zones?

KELBY – I think we are still out of our comfort zone because we are recording ourselves (with Drew engineering).

JAREN – Every day in the studio is just an experiment.  I think with the record we are finishing now we have gotten a lot better at recording than “Bury Me In My Boots” or “Legacy” although we love both of those records.

KELBY – We are still just exploring what’s possible.  Two years from now maybe we will do another record on our own or do something with Rick Rubin, who knows!?

OD – It seems that every time you make it back to Ireland and the UK, the venues are getting bigger and bigger, all the while the mainstream media keeps insinuating the decline of interest in live rock n’ roll music. Do you have any views on the lack of support from mainstream media towards rock music?

JAREN – I don’t think we pay too much attention to what the press is saying about music. All we are observing is the shows and they just keep getting bigger and better with every trip. It feels like there is a very healthy and exciting rock & country scene in the UK & Ireland to us. It’s a pleasure to come over here and perform.

OD – Is there one particular album/artist that is very poignant to you all collectively and if so, for what reasons?

KELBY – There are so many! Hmmm, let me think.  Tom Petty “Wildflowers” was a game changer album for all three of us. It’s Rock n’ Roll, with epic songwriting. That’s a straight-up solid example of how to be a great band and still be yourself at its finest. 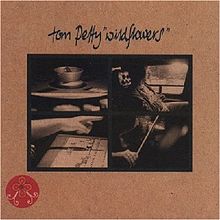 OD – When playing festival such as Ramblin’ Man, do you notice a spike in interest in the band, as most people will be seeing you for the first time at events like this?

JAREN – Certainly. Any time we have an opportunity to come over & play in front of new people we want to do it.

KELBY – The festivals in Europe are pretty unique and the audiences are very passionate.  To be honest, it has been one of the best experiences we’ve ever had doing Ramblin’ Man, Download, Sonisphere, etc. Those festivals are so eclectic and exciting for not only music fans but for the artists that are playing.

OD – If there were any changes that you could make within the industry, what would it be?

JAREN – If we could expand radio in a more inclusive and less genre-specific way, it could be hugely beneficial for artists playing all different types of music. Spotify and some of the other streaming services are making it easier to find great music no matter the style, but traditional radio still carries a lot of weight and it would be great for a band like us if there were even more outlets for our music.

OD – Finally, if you had to stop what you were doing as of today, what would be the most memorable moment for you since being in TC3?

KELBY – I’de have to say, selling out the Ryman Auditorium in our hometown of Nashville, Tn. is the highlight for us. The room has so much history and being from there it just was such a special night with fans from all over the world travelling in for it along with friends and our families being there. Next time maybe we’ll do 2 nights!

Legacy is out now via Big Machine Records. For more information on The Cadillac Three, please visit this link. 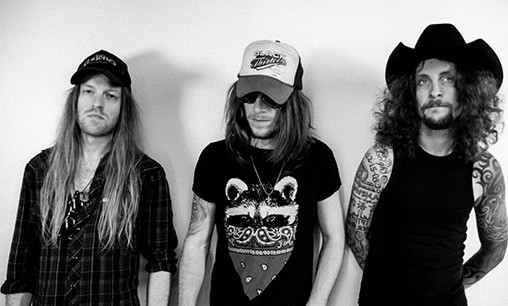