Hailing from American’s Midwest, Metalcore squad, Of Virtue have been climbing the ladder, one release at a time. With the release of their new EP ‘Sinner’ (the first with new label Arising Empire) this past August, guitarist/vocalist, Damon Tate spoke to Overdrive for an insight into the bands past, present and future plans. 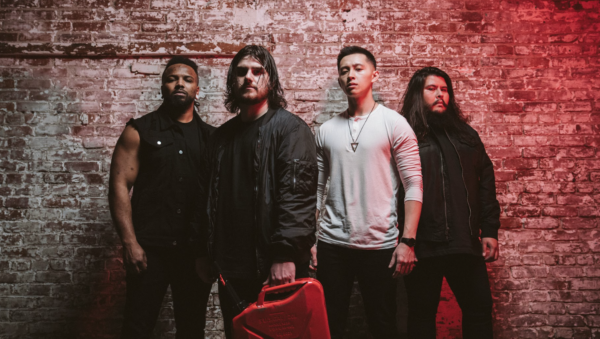 With three LP’s behind them, the evolution of Michigan’s Of Virtue is impressive to say the least.

Displaying a natural (and organic) penchant for pushing their creative selves, exploring their sound and confidently moving forward, their new EP ‘Sinner‘ is simply bursting with impeccably produced music that swings from light to dark when it comes to arrangements and aural atmosphere.

Guitarist/vocalist, Damon Tate spoke to us about the new EP, their formation back in 2008 in the Michigan club scene and more…

OD – Having formed back in 2008 to the release of your debut, ‘Heartsounds’ in 2011, followed by ‘Salvation’ [2015] and the most recent ‘What Defines You’ [2019] it seems that there has been a rigorous work schedule, can you talk us briefly through the highs and lows of that time period and defining moments that have shaped the band to what you have become today

DAMON –  The highs are endless! It’s amazing to us that people want to hear more after all of the records. It truly feels like a testament to our message and love for music. We have had the fortune of being able to travel across the world, play in so many new places – experience culture that we’ve only learned about from magazines, TV, or the internet – all doing what we love.

We didn’t ever think we would play shows in places like Iceland or Turkey, but those were all a part of that crazy era of the band. All of that to say, there were some definite low points. We get homesick and there are days that you have to remind yourself that playing music is a privilege and not a right. That said, even our worst day on the road is still a part of us living the dream we set out to create. 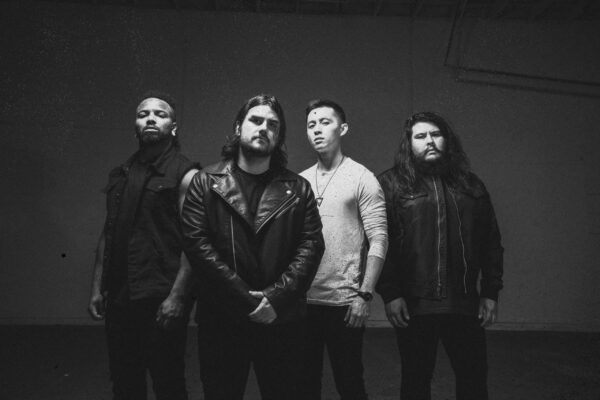 OD – The Midwestern scene produced such a mixed bag of heavy genres around the time when Of Virtue formed, was it a very competitive scene back then, or were all the bands very supportive of each other?

DAMON – The Midwest heavy music scene has always been competitive but mostly in the best ways possible! There is so much talent that in order to stand out, you need to be relentless in your craft. Everything from your band’s image, your songwriting, live performance, and so on. The emotion that also comes from us experiencing seasons year round is an underrated factor in the sound that comes from our area – being able to play/write for any mood or setting is key!

OD – Let’s jump to present day and having now signed to German-based Arising Empire Records, do you feel that you have the right home for all things Of Virtue going forward, and is the plan to concentrate on the EU market a little more than before?

DAMON – Absolutely! Everyone over at Arising Empire has been absolutely incredible to us so far. We couldn’t ask for a better label to partner with for the future of this band. The roster is full of incredible bands and even some tour mates, so from the moment we signed, it felt like a perfect fit. Oh, and to answer your second question, yes! The plan is definitely to get back over to the EU as much as we can to play some sick shows, and awesome festivals, hang out with old friends, and make a ton of new ones in the process!

OD – The new EP ‘Sinner’ was released back in August, was there any reason that you went with an EP rather than a full-length album?

DAMON – We have always been fans of bands who experiment with their sound, and I guess EPs provide a nice little glimpse into what the future can hold sonically and artistically. We had not put out new music since 2020 and given the growth all of us have had personally in the past couple of years, it felt right to start out with a smaller project to get the ball rolling.

OD – ‘Sinner’ showcases the evolution of the band’s style, and more importantly, the ability to blur the use of genres. Do you feel that the latest material is on track to the original concept for the band or do you feel that there is a lot more evolution yet to happen with the Of Virtue sound?

DAMON – Over the years, our sound has constantly evolved and we couldn’t be happier with where we are at. During the pandemic, all of us had a chance to sit with each other, open up/become more vulnerable than before, and create some of the best music this band is capable of and beyond. ‘Sinner” is just the tip of the iceberg for what we have to offer down the line and all of us can’t wait to start unveiling the next phase!

OD – The critical acclaim from the EP left people hungry for more. Can you share any details of a possible full-length album on the way or will can we expect more EPs, in the vein of what Bring Me The Horizon is currently doing?

DAMON – It’s incredibly humbling the reception our newest EP has been getting and we couldn’t thank everyone enough for giving it the time of day. Right now, we don’t have anything we can share BUT … there’s more coming. Keep an eye out on our socials for some bread crumbs. That’s all I can say!

OD – How much influence or direction on the finished tracks on ‘Sinner’ came from Dan [Braunstein] and Evan [McKeever], or were the tracks pretty much in place when it came to recording?

DAMON – Evan was very pivotal in helping the songs on our “Sinner” EP come to life. He helped bring out a side of the band that we didn’t know existed and for that, we are forever grateful. From melodies to structure, he is an absolute wizard and we can’t speak more highly of him. To pair with that, Dan put together one of the most crushing mixes we have ever had in our band’s career and gave the songs a life of their own.

Everyone involved (Andrew Baylis and Lee Albrecht included on the sonic side) made this EP a monster and we’re honoured to have them on board in the capacity that we did.

OD – What can we expect from Of Virtue for 2023 with regard to touring?

DAMON – Tour until the wheels fall off!

Of Virtue ‘Sinner‘ is out NOW via ‘Arising Empire Records‘ order your copy here. 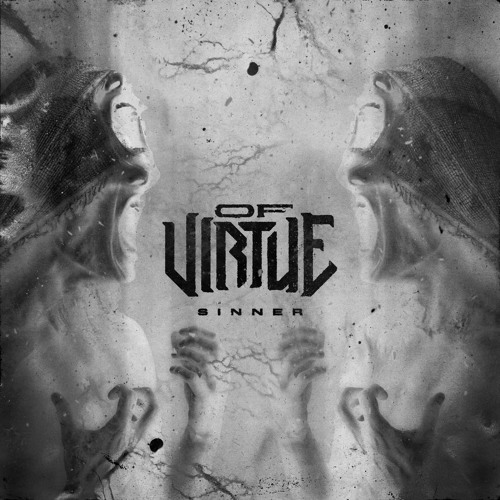