INTERVIEW – RAUM KINGDOM “WE WROTE THIS RECORD FOR OURSELVES” ANDREW COLOHAN


Set for release this Friday, January 27th via Argonauta Records, Ireland’s Raum Kingdom are back with their most emotionally dark, and intense record to date. Guitarist, Andrew Colohan tells us about ‘Monarch’, and how the band came to terms after the tragic passing of bassist, Ronan Connor. 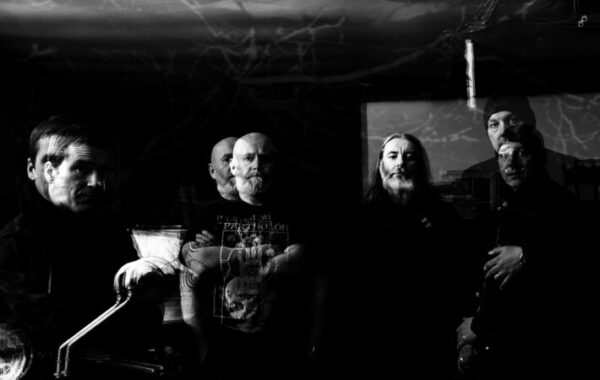 Featuring six monolithic slabs of heavy, intense, earth-shaking compositions, Raum Kingdom return with the follow-up to 2018’s ‘Everything and Nothing’ opus, and it’s nothing short of magnificent.

OD – Let’s start with the beginning of ‘Monarch’. At what point did the structure of the album begin to take shape?

COLOHAN – After we completed and released our last record ‘Everything & Nothing’ in 2018, the creativity we put into that left us with an empty tank, as we threw the kitchen sink at that.

We had nothing in the closet going forward, as far as new music goes, also at a strange point too, as the rehearsal space ‘Dead Dog Studios’, run by our good friend, ‘Jonnie Kerr’, had to close up for good for various reasons in Mid 2018.  We had done all of our jamming, and recording there since we started. 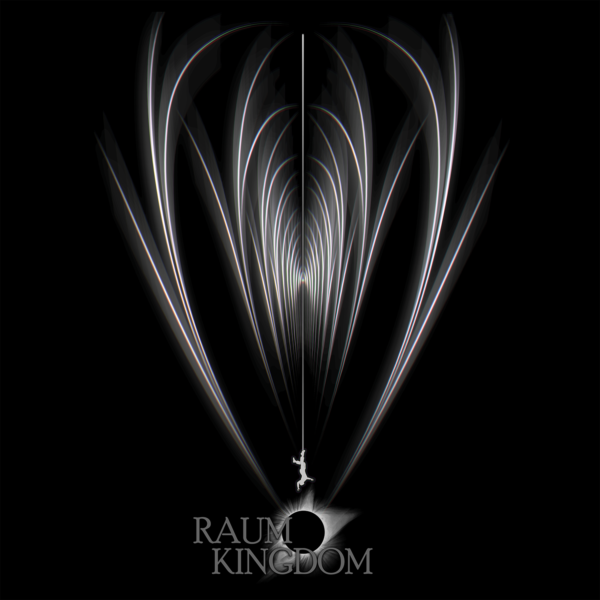 So, we were starting from scratch, but with all that we had learned from our previous experiences, with fresh ears, and eyes for what ‘Raum Kingdom’ was, a nice blank slate, we started coming up with concepts in late 2018 in a new rehearsal space, and you can hear the guts of what we wanted in the full rehearsal recordings…but nothing concrete. We didn’t like that space. It was too stiff for our liking, so off to a new environment we went.

Then in January 2019, in another new rehearsal space, where we continue to be at the moment, the album started to take shape. The new environment really worked, as it was a lot more relaxing, and one needs to be relaxed to be creative. So, in Oct 2019 it was 90% completed. Titles, concept, music, lyrics, vocals, with the hopes of releasing ‘Monarch’ in late 2020, but the universe had different plans.

OD – Obviously, the band has been grieving the tragic loss of Ronan (pictured below), and I can’t imagine what it must have been like to proceed with writing music without him. Did it feel very strange at first, and with the album now complete, would you say that the process was somewhat cathartic?

COLOHAN – With the sad and sudden passing of Ronan ‘Bones’ Connor (R.I.P) in March 2021, we were in a state of shock, like everyone who was close to him, family, and friends, etc.

To be honest, we are all still somewhat in a state of shock, and grieving. He will always be with us for as long as we live. The traumatic meteorite that hit our souls will always remain, but living with the tectonic plates being shifted has settled somewhat. Having an amazing, close support structure from his family, and close friends really helped. 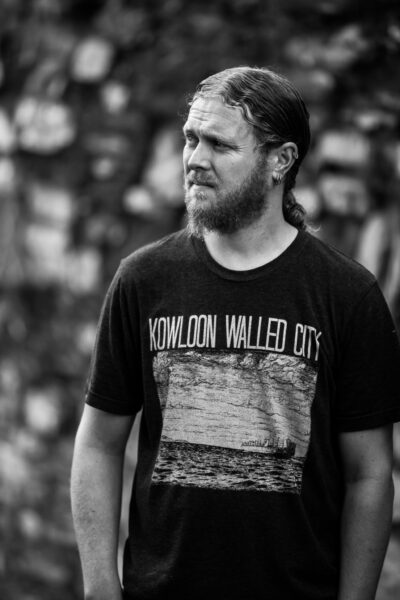 We don’t know what we would have done without them. It took a long time for the three of us, but once we got going, the album took a new meaning, and it definitely settled some feelings as we were facing the demon face on. One of our good friends, Niall ‘Greg’ Gregory, who plays a band called ‘Okus‘, put his name forward to fill in, and as the guys are all really good friends, it made things a lot easier on the heart for the three of us.

OD – Were there any tracks that Ronan was working on, or involved with before his passing, or was it all written later on?

COLOHAN – There was many a gathering with close friends, and with Ronan’s family. Over the course of a couple of months, after Ronan’s passing it, was decided that we should go forward.

We had 90% of ‘Monarch’ written with Ronan. It was the last music he was involved in, and he was very proud of it. If we had a lot less music ready to go, things might have been a lot different. We don’t know if the decision to go forward would have been an honourable one. So, ultimately there was only three sections we had to add, or polish-up just to be a bit more confident about giving its final form. Sculpting the last parts we needed to do without him, was a new desire and a new conviction.

OD – The first single, ‘Red Admiral’ was released in late December. What was it about this particular track that you felt would be the best choice for the first single?

COLOHAN – It was a relatively easy decision to choose, ‘Red Admiral’ as the first single, due to two reasons. One simply being it’s the first track off of the record, giving the listener the straight-in feeling of what’s to come, it nearly enraptures the whole record in one song. Second, due to the song’s nature, it sets-up exactly all the aspects of what’s to come. Written on purpose, to give an audio introduction to the peaks, and lows, it prepares the journey. Contained in a somewhat digestible song format.

OD – With regards to the overall atmosphere of the album, there is such contrasting passages of smothering darkness, and breathtaking light, all in the same moment. When writing, were you conscious of the balance of these aural textures, or did it just flow from the subconscious organically?

COLOHAN – That’s a great question, a mantra we try to go by is; “What is to give light, must first endure burning” keeping in mind, the emotional resonance, and spectrum that we try to keep it in between the boundaries.

After ‘Everything & Nothing’, a lot of lessons were learned about how to do this, and it was difficult to keep it under reins, and not let it go off into the wild. We wrote this record for ourselves, and what resonates with us. We are always surprised by what eventually comes out.

The aural textures, and darkness are exactly what we are trying to portray in our own way… the duality of man, if you like. It being so on, not on the nose, is the challenge, in the hope that it’s not just a knee-jerk reaction to replicate. Although all art is just another form of replication, and influence.

It’s how one with the knowledge then deciphers what they have exposed themselves to, and what they want to try. With control, and not just get lost in the current of what you’re lost in, within the moment.

OD – Looking to 2023, are there any plans live shows, or perhaps tours outside of Ireland that you can share with us?

COLOHAN – We are taking all this one step at a time. Nothing planned as of yet as we want the record to be released in full before we decide anything. Along with the fact, unfortunately we have to be selective of what we do, due to private personal commitments.

But definitely, we will be playing, as to when, and where is yet to be determined. We are looking forward to it, as we are getting it shaped-up to be something very special.

“Behind that wall of noise, is an infinite world of harmony”

Raum Kingdom’s latest single ‘Gatekeeper‘ can be streamed below. To order a vinyl pressing of ‘Monarch‘ please visit this link.