INTERVIEW: SABATON “If we were asked to come back to Hellfest to headline, of course we would do it. Pär Sundström


From touring the length and breath of the globe to headlining Bloodstock (and Hellfest) Sabaton have come a long way in their power metal journey. Overdrive caught up with Pär Sundström and Chris Röland at Bloodstock for all the latest… 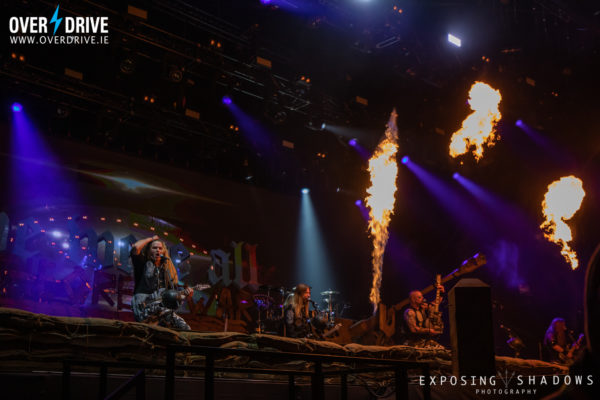 OD – What a year Sabaton has had already, headlining Hellfest, top selling album sales around the globe and now Bloodstock Festival headline slot. Does is feel that all the hard work is beginning to pay off now?

Pär Sundström – In one way, yes, but in another, it feels like we have finally reached a point that we’ve been striving to get to, but there is still a lot of work to be done. Our focus is very strong right now, we are relaxed, refreshed and ready to anything.

OD – The new album has been received with open arms around the globe. When the writing process was in full-swing, did you set out to outdo anything you’d done in the past, because it totally worked?

Pär Sundström – Nothing really out of the ordinary with this album. We just put our heads down and got on with it. We like writing about thing from the real world, not fictional stuff, so this time around we looked deep into World War 1.

Chris Rörland – It was a lot of fun and very interesting process making ‘The Great War‘, for me, it’s something that I’m very proud of. The reaction to the album has been beyond anything we expected and we’re very grateful for all the support.

Pär – Yes, we wanted to write on things that really matter. Now that we are playing some of the tracks from the album, I have a better opinion on how I feel about it but so far, so good. The writing process was something that was very detailed.

A lot of our fans send in ideas for us to write about and a lot of the focus involved World War 1, so we had a lot of ideas to hand from the get-go and just went into it at full force.

I was doing a lot of reading and research for this album and we gave the artist behind the cover a loose concept and he worked on what you know now as “The Great War” album cover and that alone was an inspiration of sorts. 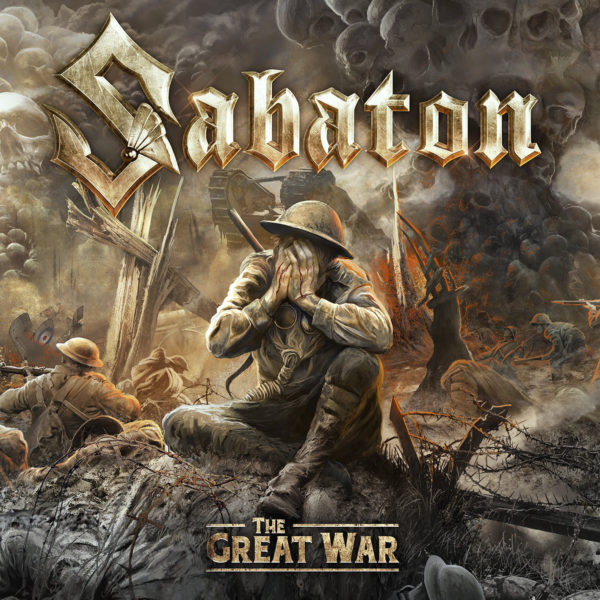 OD – Are we correct in saying that the studio recording process was based on you all just getting together and jamming out in a more ‘live’ situation.

Pär – Well, we worked on some ideas beforehand and Joakim (vocals, Brodén) would kind of have the ideas for the songs and have a primitive style demo that we would all piece together and that’s really how the spine of each song came about. 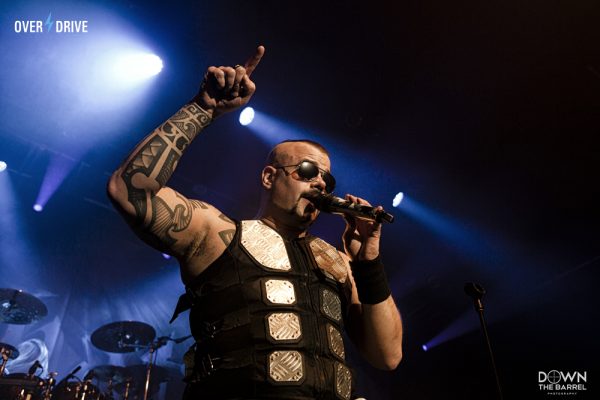 OD – From that experience, will you be approaching recording the same way going forward?

Pär – Yes, this is a system that works for us and it’s proven over time.

Chris – Well, we tour a lot and it’s been kind of difficult to write on the road. A lot of things have changed in the last few years as we now have more of a crew, we can get together and rehearse our show, as well as the production aspect of the show, kind of like a live situation almost, so really we’re just concentrating on each show rather than jamming new ideas.

OD – Who’s idea was it for Sabaton History?

Pär – We had been thinking of this idea for a very long time and this just felt like the right time to do it. You have to know that this is a huge project that we took on and we had to make sure that it was done to the quality that we had in our original vision.

We felt that there was such interesting stories behind each song and the album as a whole. There are people now telling us that they are learning history from the Sabaton History Channel [Laughing].

OD – Sabaton are one of the few bands that go that extra step to ensure that the live show is a spectacular event. Do you think that the art of the live show was lost over the last few decades; as there were a lot of bands that would just rely on very little stage production?

Pär – To us, the stage production creates the atmosphere of the world we want our fans to join with us when we play live. It’s an expensive luxury to have on tour; but we want to give our fans the very best show that we can.

We will always strive to deliver above and beyond and with regards to any other bands out there, they do what they do and we do what we do. Our main focus is always to bring Sabaton to the best point that we can.

OD – We have to ask about the moment you found out you would be headlining Hellfest after Manowar buggered off? 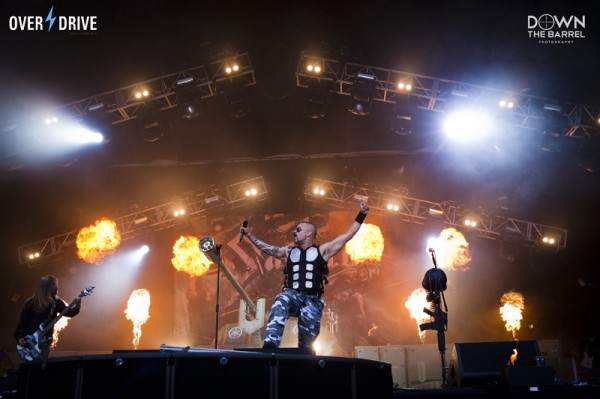 Down The Barrel Photography for www.overdrive.ie © 2019

Pär – [Laughing] Yes, we had a blast doing that show but our singer, Joakim had an even better time. He got to hang-out and watch us sweat our asses off while he enjoyed himself. (Jokim lost his voice and couldn’t perform).

OD – Now that you’ve taken in a headline slot at Hellfest was there any talk of you guys legitimacy being booked as a headliner in the near future?

Pär – Well, we’ve played Hellfest many times and we get on very well with the Hellfest team. We have a lot of admiration for what they do as it’s as very complicated event, logistically to pull off year after year. If we were asked to come back to Hellfest to headline, of course we would do it.

OD – There are a lot of people that don’t know the hard work that has gone into Sabaton’s career, how long it’s taken you to get to where you are today. Was there any point over the last 20 years that you were on the brink of walking away from it all?

Pär – I’ve been very lucky to have great support from my family and we’ve all been dedicated from day one. Look, nothings easy and there are times when things are difficult and it looks really bad, but you have to just push through and keep focused on what the end game is.

We have enjoyed every bit of this journey and I feel that we’re not even close to the finish line just yet.

OD – When you play at festivals such as Wacken and Bloodstock, do you find that it’s slightly more challenging as opposed to your own headline show?

Pär Sundström – Well, Bloodstock is very different for us. This is our home from home. These are our people, we have a bond with the people out there. We have been looking forward to this show for months now and are very excited about headlining, here with this new album.

Festivals can be a mixed-bag but we just put our heads down and push forward as best we can.

OD – After the Summer, you’re heading off to North America for the start of ‘The Great Tour”, I’ve been hearing that this tour is going to cover most of the planet and is expected to clock up a shit-tonne of dates. When you look at schedule like this is it overwhelming at all?

Sabaton “The Great War” is out now via Nuclear Blast Records. Order your copy here. 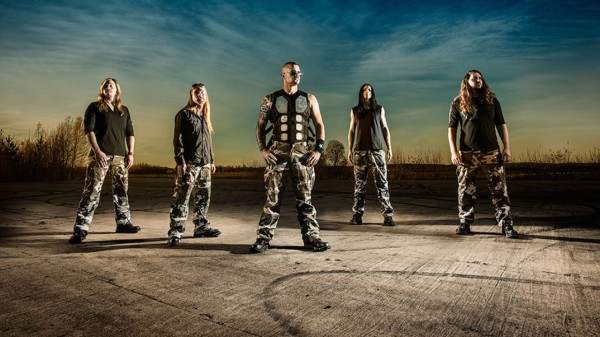