Hailing from Belfast / Lisburn in Northern Ireland, ForChristSake describe themselves as Extreme Melodic Death Metal and are on a mission to break down the perception that people have towards Christian Death Metal music. Overdrive caught up with bassist Mark John Payne to discuss the bands past present and future.

OD –  Where did you get the idea for the name of your band? Was it a spur-of-the-moment decision or was it more of a deep-down thought process?

MARK – Our drummer originally came up with the name he grew tired of it being used generally as a swear word and thought it would be good to take it back from that and use it for a different reason obviously to advance our belief but also to show that you can have a band like us that is real heavy with a positive message in the music. So yes, I think it was a long thought out thing but he also had to wait for like minded individuals to turn up and go with the overall mission and vision of what ForChristSake is. We sometimes get shortened to FCS.

OD –  Do you think that, given your particular brand of metal that you play, it can sometimes be a little difficult for people to view you as a Christian metal band?

MARK – Sometimes but this type of music is growing its fan base worldwide, there are so many bands to choose from check out Impending Doom for instance or Horde. Essentially we just play this type of music because we all love listening to and playing heavy music that mixed with our beliefs it tends to go hand in hand. We are not a “happy clappy” Christian band and we don’t force our message down anyone’s throat, we talk about real world issues that affect us all which allied to our belief is what makes the band, really what is happening in the world be it war, famine, violence, government corruption or pestilence – all subjects for most metal bands lyrics. I think we are in a catch 22 between secular people who like us and church people who are afraid of us and what we do.

OD – How did you guys come about deciding what kind of music to play? Do you all have bands in common or did you each bring something new to the table?

MARK – We all have the same love for this type and style of music we all bring something new and old to the table in terms of style, playing and general tactics of how we operate as a band, we feel a lot of bands are about image these days we prefer to let the music do the talking. We will not fight back generally when you get the usual criticism we let the music do the talking. In these times every one has an opinion and every one is the next target, just read the lyrics to our song Hollow Way of Thinking and you will get an idea of what we are talking about. 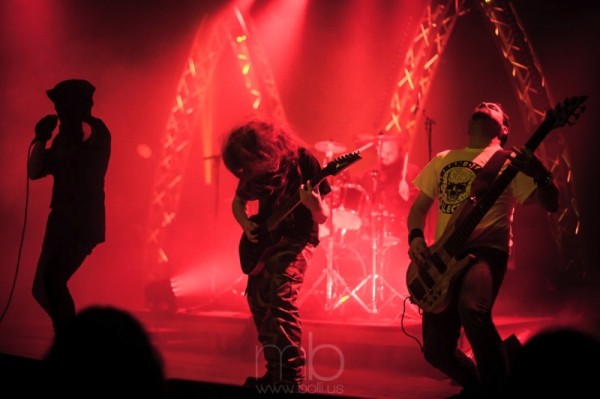 I think we all have the same influences and a common love and interest for real metal music and that’s what binds us together as a band and as friends. Metal music lasts unlike pop or radio friendly music we will never be radio friendly in my opinion. We will always write to please ourselves in that we are music fans first and foremost and hopefully others like what we come up with.

OD – Where do you get your inspiration for the titles of your songs, as well as the lyrics (i.e. The Leeches, At the Gates of Depravity, Inhalation Asphyxia to be more precise)?

MARK – Our drummer Ignatios came up with some of those exotic titles, he’s pretty inventive with this stuff but the rest of us have contributed musically, and lyrically ideas for different songs we try and make it a collaborative effort in the practice room or studio. We feel this is healthier for the future of the band as generally it’s not productive if one person comes up with all the ideas as others may feel alienated and leave the band, we try to guard against this for the benefit of each band member and the future of the band as a whole. We will try and keep working this way in the future we recently got a new singer into the fray a great guy called Alan Duddy. He has fitted in really well and has a great work ethic. Simon did a mountain of guitar work on AVODT and you can really hear it in the solos etc, we are happy with the band at present and want it to go from strength to strength. Ignatios is the powerhouse drummer behind us and all in all we just fit well as a team and as friends even though we all have had our trials and difficulties. 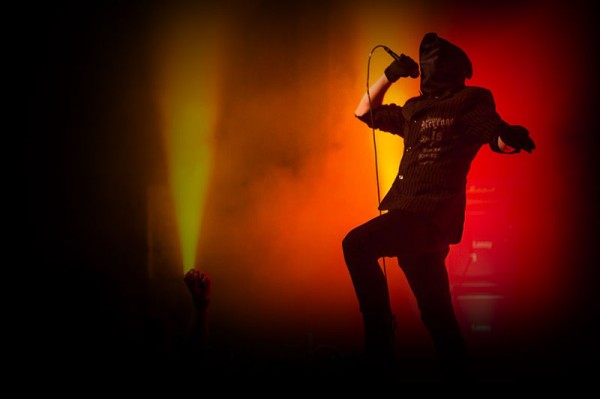 OD – How do you structure your songwriting procedure? Do you come up with lyrics first, or the music?

MARK -It can be either or, but more often it’s music first. Sometimes it’s a case of one of us will have some riffs, then in practice we’ll string them together and either jam or write some more there and then – sometimes we’ll keep coming back to it and adding in new ideas until we’re happy it’s complete. We would do a lot of tweaking, it can sometimes be a spur of the moment thing when we find something that slots in well. For example; even small ideas like “when we’re recording we could use this effect over that lead” or “a backing vocal would work there” etc. We all write music and lyrics so it can be a case of Simon bringing in a new song/idea, or Ignatios would have an idea/song in which he would hum riffs and Simon would work them out, then we would tweak and try different ideas to see what sounds best. I will sometimes have an idea and we’ll jam around it, or Alan will have an idea and we’ll jam. We don’t have any specific metal sub genre that we stick to, so we would mix things up when we’re writing. In terms of lyrics, they’re often written separately, so we would have the music recorded on computer or on someone’s phone then we’ll structure the lyrics that way.

OD – In 20th century Ireland, if you were around say, 30 years ago, how difficult do you think getting recognition would have been in comparison to the demand for new-edge metal that is around today in the 21st century?

MARK – The internet has helped massively in getting our music out there, it means there are no barriers. We use the usual channels such as Facebook, Twitter and torturing people with emails to get our name out to the masses no pun intended. Had we been around 30 years ago, actually myself and Ignatios have been and we were in bands back then well the early 90’s when the old school death metal band thing was the new thing. It was a great time and we are trying to bring some of that back in our music. It was more difficult back then well the promotion side of it. Tape trading and paper fanzines and writing to labels etc was the way to go but very slow and not as quick as these days of technological advances which has definitely helped to bring bands to a new audience and new level.

OD – Each band member: What would be your favourite records/albums (feel free to be as in depth as you like – I wont judge!!)

Mark – I love French band Gojira and most death metal bands such as the old school such as Death, Obituary, Pestilence and I like other stuff to non metal stuff but generally listen to mostly metal. I do like Metallica, but then that is a sign of when I grew up back in the late 80s/90s. I also like Emperor again for the atmosphere of the music – music is music. I generally don’t like the labeling that goes with it all.

Simon – Man… where to begin hahaha.We all have a range of favorites and influences from across the metal spectrum. We listen to a ton of bands, but to name some: Death, Emperor, Gojira, Carcass, Nevermore, Entombed, Tourniquet, Nile, Fleshgod Apocalypse, Obscura, Antestor, Metallica, Slayer, Megadeth, Sepultura, Carnifex… that sort of idea! Ignatios has more but will run with these and Alan’s tastes are far reaching and wider than metal but he is a music addict

OD –  How much time do you spend on the road going to gigs, and what has been the largest audience you have played to, regardless of venue? 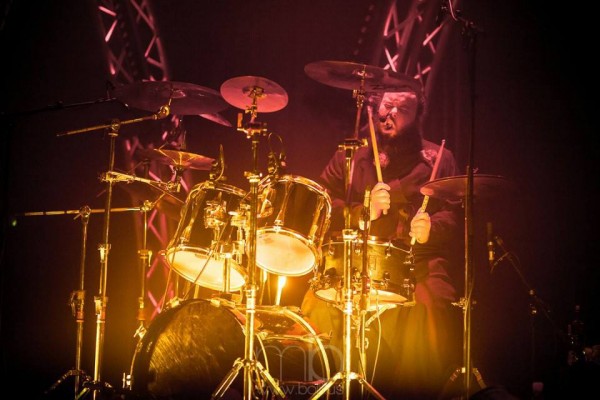 MARK – As some of us have family commitments and day jobs we have to balance time on the road with that. We have several things planned this year we tend to try and get out to Europe, we are booked to play Rock Valley Festival in the Netherlands in September, so we are looking forward to getting out there and blasting our music to the Dutch fan-base. Biggest gigs for us would have been Greenbelt UK and Elements of Rock in Switzerland which we played in 2013 great crowd and crowd reactions in mainland Europe. We closed the Friday night following black metal act Horde (check them out) and or Revulsed.

OD – Have you shared the stage with any bigger bands in the past?

MARK -Our first gig when we started out was with Welsh metal titans Desecration back in Belfast a few years ago, great band so this was a real eye opener for us. We’ve also played with the likes of Drottnar, Horde, Rex Carroll Band etc and we are due to support UK metal band Deadly Circus Fire in Dublin in June under the Sonic Circus Festival.

OD – Have you any plans for another release of material any time soon? Can you indicate a timeline if there is?

MARK -Yes we do and we are excited about the new music that is already written and waiting to be recorded its heavier slower in some spots, but definitely and growth from Apocalyptic Visions of Divine Terror or AVODT for short. We are going to try and play one or two of these songs live I can share one of the titles and that would be Spineless, its heavy and will hit you like a brick in the mouth all you would expect from us. Some great guitar playing from Simon and technical drumming from Ignatios looking forward to what the rest of you guys think. Thanks for supporting us and thanks for reviewing AVODT and this interview take care and God bless. 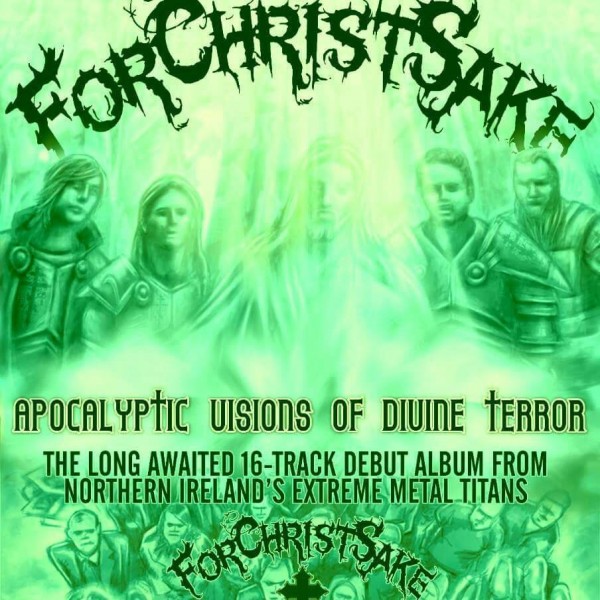 ForChristSake will be performing at Sonic Circus Festival with Deadly Circus Fire on June 27th in Fibber Magees on Parnell Street, Dublin 1.

Debut album Apocalyptic Visions of Divine Terror is available now and can be heard on this link.

For more information on ForChristSake, hit this link.

Buy the bands EP Death Is But A Breath Away here.