Ireland’s Shoctopus gets ready to destroy your local venue! 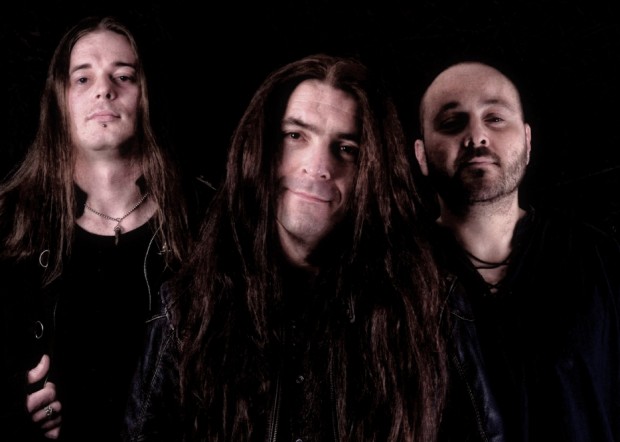 The album, is a thirteen track powerhouse of rock, has been one year in the making, and will initially be released as a limited edition double disc set, with a bonus DVD featuring the video for the smash hit Too Much Is Never Enough, along with three unplugged tracks, four remixes and extras. The album is produced by Stuart Doyle and
mastered by Aidan Foley (U2, Sinead O’Connor).

The band, consisting of Charlie Black, or Cha Bla, on vocals, Stavis on guitars and Chairman Mao on drums, have built up a solid fan base after five years of touring Ireland and their electrifying live performances have seen them sell out every venue they have played in their home town of Dublin.

The band have successfully released an earlier EP, King of The Mountain, produced by Sean Genockey (Manic Street Preachers, Suede), and have raised the bar for themselves with this, their debut album. The album ranges from the three minute radio hit “Too Much Is Never Enough” to the epic fifteen minute “Trail Of Tears” and
includes songs that range from crowd pleasing live belters, such as the track “Stomper”, to intense and personal songs like “Soul Woman”.

The band originally formed as a five piece, then stripped back to a leaner and meaner four piece, and since 2011 have been a solid three piece working with guest bass guitarists, and the album features Voodoo Jones from Jupe supplying the bass.

Cha, on vocals, has become known for his manic energy on stage. Stavis, on guitars, is the bands musical maestro, always pushing the limits of what his guitar can do, both in the studio and on the stage. Mao “The Chairman” Gomez, hailing from Seville, is the backbone of the bands perfect timing and the man in charge of keeping the madness under control.

The launch show at the Button Factory will also be recorded for release as a live DVD later in the year and will feature the tribal fusion belly dance group The Orchids as the opening act. The show, which will feature lasers and video projections, and some special guests, is the most ambitious show yet attempted by an unsigned band in Ireland.
The band are about to embark on a nationwide tour with shows in Belfast, Cork, Kildare, Limerick,Galway and Waterford.

The band’s website, www.shoctopus.com, has had over 150 000 hits since its launch in 2009 and a strong presence on Facebook, Twitter and Youtube has helped to consolidate the bands reputation, and a constant schedule of live gigs is building an ever-larger support base for the band among their followers, affectionately called the “Shoctoposse”.

The band are offering a free download from this location Shoctopus Rocks! 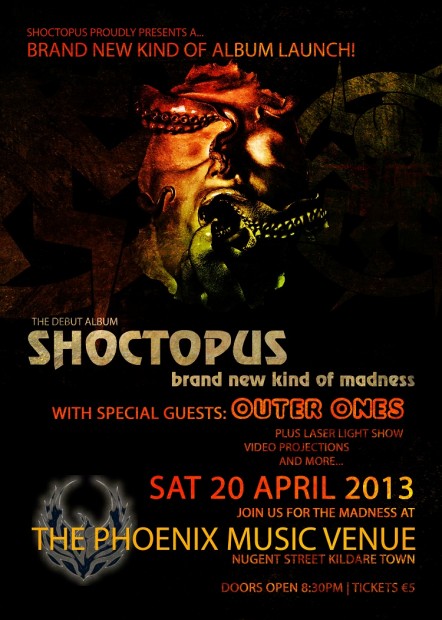 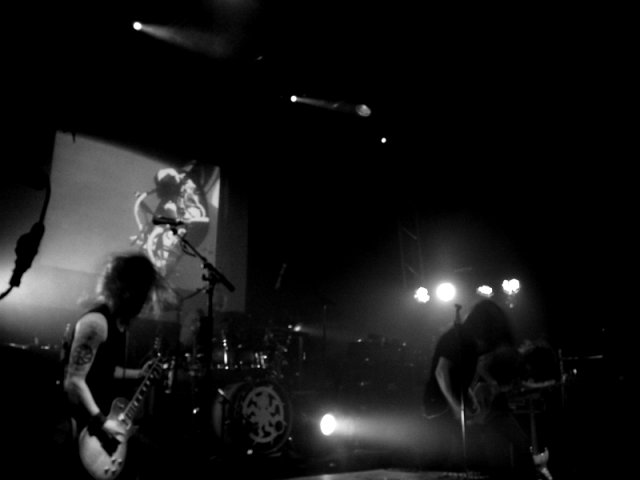