A band that needs no introduction – Iron Maiden will be returning to Ireland with their brand new ‘Future Past’ live show, which will feature “a lot of focus on their classic 1986 ‘Somewhere in Time’ album”. Win guest list passes to the show below… 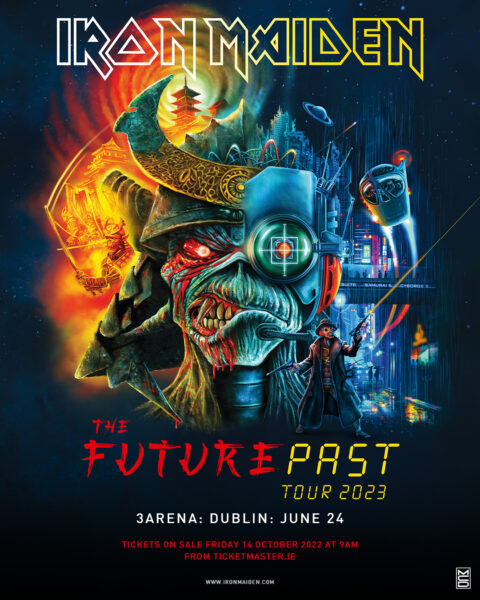 IRON MAIDEN will be bringing a new tour to Europe in the Summer of 2023, including arena shows in the UK & Ireland this coming June.

Iron Maiden plays 3Arena, Dublin on June 24th, 2023. Tickets priced from €85.50 go on sale from Ticketmaster on Friday 14th October at 9 am. Overdrive will be giving away four [4] pairs of guest list passes for the show at 8 am, also on Friday, October 14th. Find out how to enter below.

‘THE FUTURE PAST TOUR‘ will feature previously unperformed songs from the band’s most recent studio album, ‘Senjutsu’ along with a focus on 1986’s iconic, ‘Somewhere In Time’ record, plus other classic cuts. 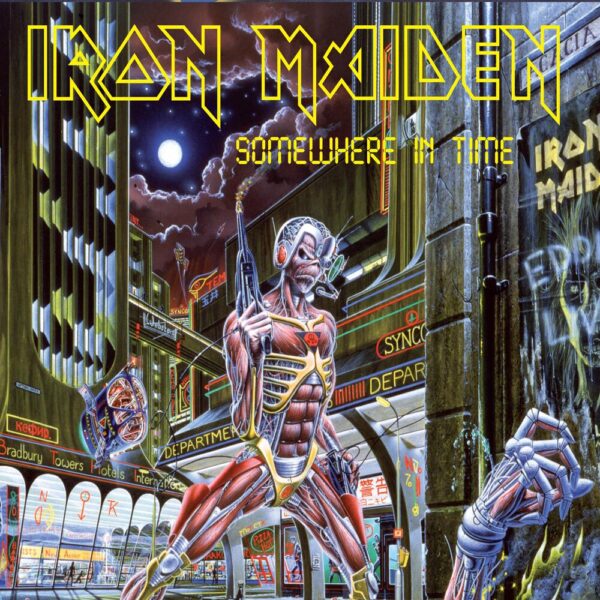 As always there will be an exclusive pre-sale for IRON MAIDEN fan club members.

“Following the release of our latest album, ‘Senjutsu’, we updated the current ‘Legacy of the Beast Tour’ a little by opening the show with the first 3 songs from it, with the Japanese Palace stage set. As it doesn’t make a lot of sense to repeat this for a ‘Senjutsu’ album tour, we thought about other options and we’ve decided to revisit ‘Somewhere In Time’ as that tour didn’t feature in the various retrospective history tours we’ve played over the years.

They were based on our 80’s concert videos and sadly we did not film that tour (blame the manager!!). We have had lots of requests from fans over the years for many tracks on it so we are now going to play them, plus of course a few others we know you will like! It will also be particularly satisfying to finally get to play some of the more epic tracks on ‘Senjutsu’, it’s been a long wait! 2023 is going to be an exciting time and we’re really looking forward to seeing everyone again in the UK, Ireland and around Europe”. 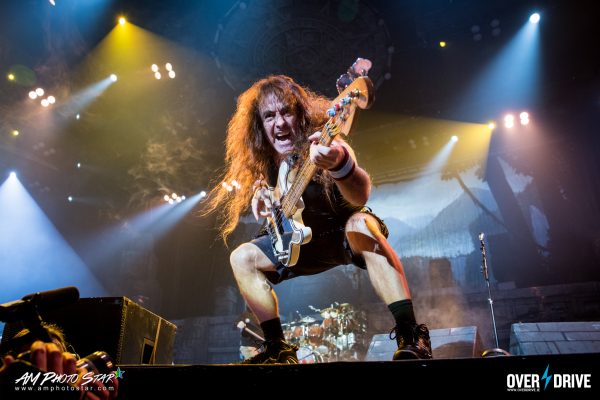 Pic – AM Photo Star, exclusively for www.overdrive.ie © 2022. All Rights Reserved.

“This combination of the two albums we feel is very exciting. We know fans want to hear those epic cuts on ‘Senjutsu’ for the first time live and we think that by combining it with an iconic album like ‘Somewhere In Time’ it will make for another really special tour for fans old and new! Of course, for a new album tour in Europe and the UK, we will go back largely to the relative intimacy of arenas and we know fans will be very happy about that too!”

The band are currently in North America in the final stages of their spectacular Legacy Of The Beast World Tour, interrupted for two years by Covid with many shows rescheduled twice. The tour actually started in Tallin, Estonia in May 2018, the first of 139 shows in 33 countries. By the last show in Tampa, Florida on Oct 27 this year the band will have played to over THREE MILLION fans on this epic world tour.

Support on the UK & Ireland tour will be announced at a later date. The shows are:

A previously announced headline performance at the August 2023 W.O.A Festival in Wacken, Germany sold out in record time.

Further dates for THE FUTURE PAST TOUR will be announced later. Keep up to date here.

As in previous years, there will be the opportunity to enjoy the Trooper VIP Experience at many of the venues. Watch out for local details. 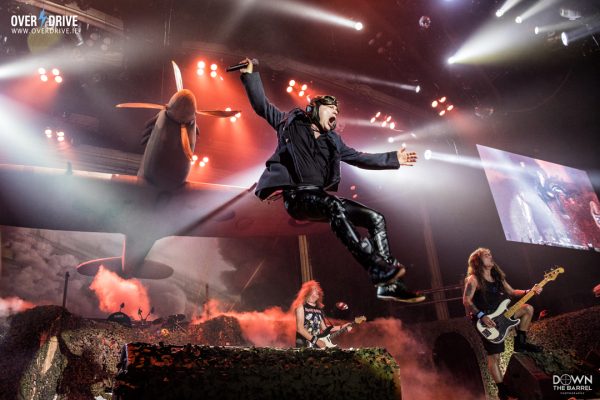 Pic – Down The Barrel Photography, exclusively for www.overdrive.ie © 2022. All Rights Reserved.

Overdrive has teamed up with MCD to offer fans a chance to win four [4] pairs of guest list tickets for the show in Dublin’s 3Arena. All you have to do to enter is:

The four winners will be chosen at random and contacted on Friday, 14th of October at approximately 8 am. 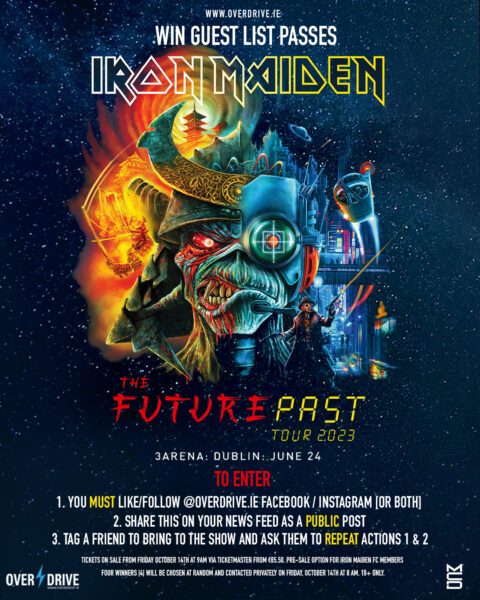