IRON MAIDEN founding member and all-round legend, STEVE HARRIS will be undergoing a lengthy UK and Ireland club tour, with his solo project BRITISH LION, later on this year. Get all the details below….. 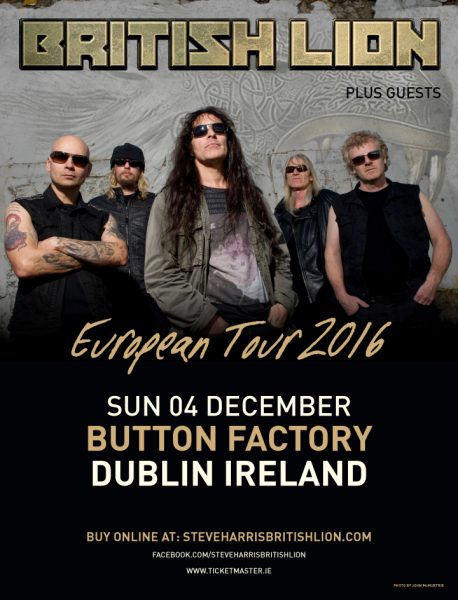 DME Promotions have confirmed that Iron Maiden’s Steve Harris will be taking to the Button Factory stage in Dublin on December 4th (€20.00), Dolan’s Warehouse in Limerick on December 5th (€17.50) and Belfast Limelight December 6th (£15.00), with his side project band BRITISH LION. Ticket are on sale Monday September 5th and are available from Ticketmaster and Soundcellar. 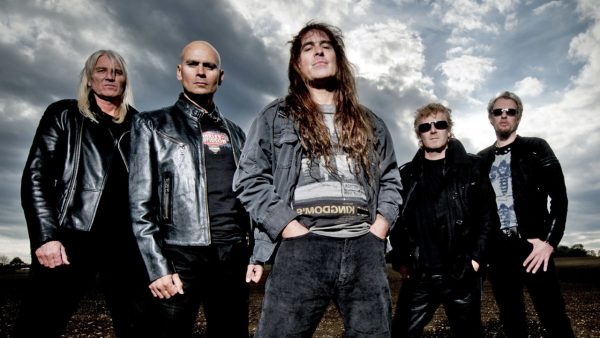 British Lion will embark on a 27 date European tour starting in Faro, Portugal at the Moto Clube De Faro on November 3 rd and finishing in Belfast, Northern Ireland at the Limelight 1 on December 6th.

The full list of dates is below and tickets are on sale MONDAY SEPT 5 TH from www.steveharrisbritishlion.com and other regular ticket outlets.

Steve Harris says, “It’s been great fun taking British Lion out on the road over the past three years and I’m delighted we have the opportunity to play some more shows in 2016. This club tour will be our most extensive European one yet. Due to the routing, we’re not able to get to Scandanavia this time round but will definitely see our fans there next time. On this tour we’ll be making our first visits to Slovakia, Czech Republic, Hungary, Poland, Southern and Northern Ireland, as well as a number of different cities in countries we’ve visited on previous tours. We’ve got a really strong show lined up including plenty of songs not on the British Lion album. The whole band is really excited and can’t wait to get out on the road again. We’ll be looking to record some more shows on this tour to add to the recordings we already have for an upcoming live album ”.

All dates will be club shows except for an indoor festival show in Czech Republic at the Winter Masters Of Rock on November 19th and the already announced sold-out headline performance at Planet Rockstock festival in Wales on December 3 rd. British Lion will also be direct support to Los Suaves in Granada, Spain on November 5 th. Special Guests on the British Lion club dates will be Voodoo Six except shows marked * below where support band details will be announced soon.

British Lion is Steve’s debut CD outside Iron Maiden. Featured alongside Steve on bass are Richard Taylor on vocals, David Hawkins on guitar and keys, Grahame Leslie on guitar, and Simon Dawson on drums. The 2012 album was mixed by Kevin Shirley, Maiden’s longstanding producer and is available through Parlophone Music (BMG in the U.S.A). 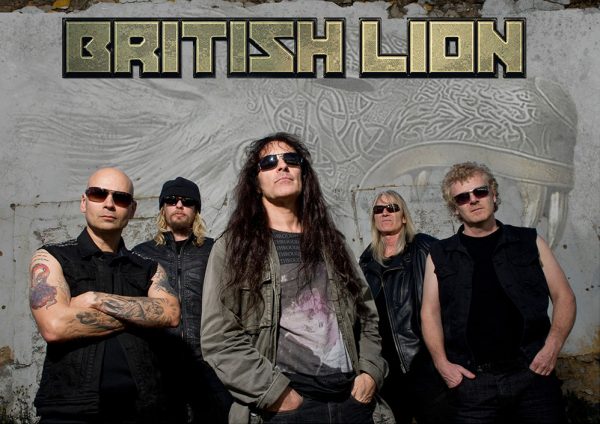