Stop everything!! The mighty IRON MAIDEN have confirmed a selection of European dates as part of their hugely successful ‘The Book of Souls World Tour’ and there is one exclusive Irish date! Get the full details below. 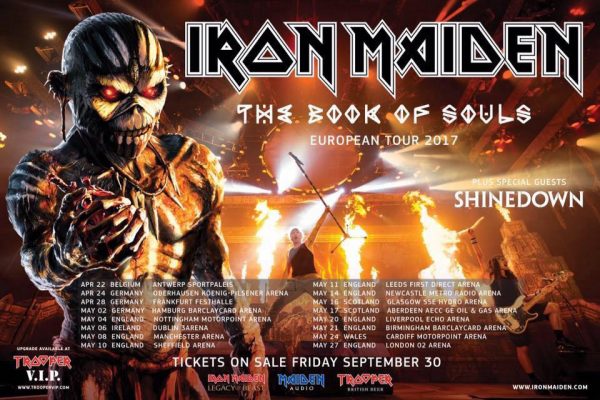 IRON MAIDEN continue their hugely successful ‘The Book of Souls World Tour’ into 2017 with a series of European arena shows opening in Antwerp, Belgium on April 22, Maiden’s first visit to this city since 1981 on the Killers Tour!

The band then travel to Germany for shows in Oberhausen, Frankfurt and Hamburg before heading into the UK and Ireland for an extensive series of concerts in May including a return to Dublin, their first visit here in seven years, for a date at  the 3Arena on May 6. 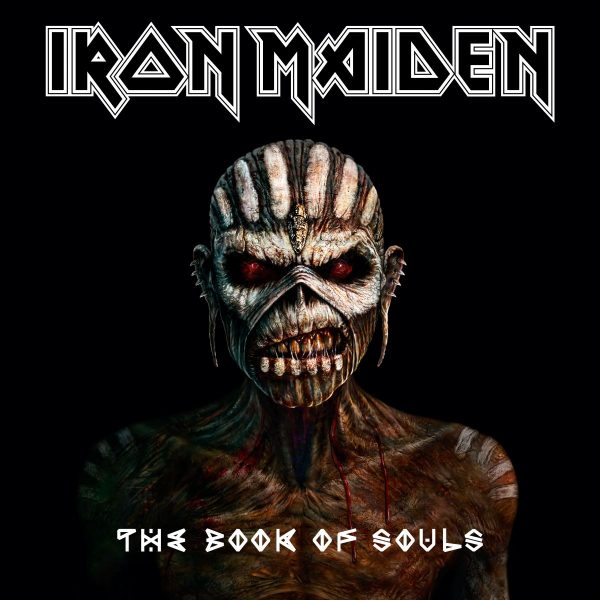 “The whole band is really enjoying this tour and though we love playing festivals and stadiums, it is terrific to return to the intimacy and atmosphere of arenas for a few shows. The songs from The Book Of Souls album and the new Maya-themed Eddies and stage sets have gone down really well and fan reaction has been amazing. And of course, we know our fans appreciate us playing a lot of the older songs too, which we will continue to do. “ 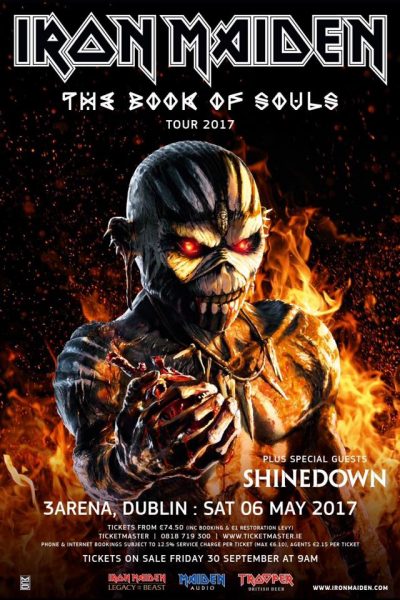 Tickets for IRON MAIDEN with support from SHINEDOWN will be on sale from Tuesday, September 30th via Ticketmaster and Sound Cellar from €74.50 (inc booking fee). Please check with MCD Productions for all the latest.

As usual, there will be an exclusive pre-sale for IRON MAIDEN Fan Club members, details of which can be found on www.ironmaiden.com along with information on how Fan Club members can participate in the draw to be “First To The Barrier”.

IRON MAIDEN continue to be actively dedicated to ensuring their fans always have full access to the best possible tickets in the fairest possible way.  Their latest stance on combatting ticket touts for the 2017 Irish and UK dates utilises Paperless Ticketing:

What is Paperless Ticketing?

•Seating information is assigned to a customer’s credit card.

•Cardholder presents credit card, along with a valid photo ID, at venue door.

•Card is swiped and validated via printer and AccessManager scanner.

•Eliminates/minimizes the resale of tickets.

•Reduces fraud by requiring the cardholder/purchaser to be present at venue entry.

•An accept & continue question is put in place to alert customers to their chosen delivery method i.e. paperless ticketing:

The Book Of Souls World Tour opened in Florida, U.S.A in February 2016 visiting 36 countries using their new 747 jumbo jet Ed Force One piloted by Bruce which flew band, crew and 22 tonnes of equipment over 61,500 miles (99,000 km) across six continents during the 72 date leg playing to around 1.5 million fans. The Book Of Souls is Maiden’s first ever double studio album and their most successful chart-wise to date, debuting at the #1 spot in over 40 countries around the globe. 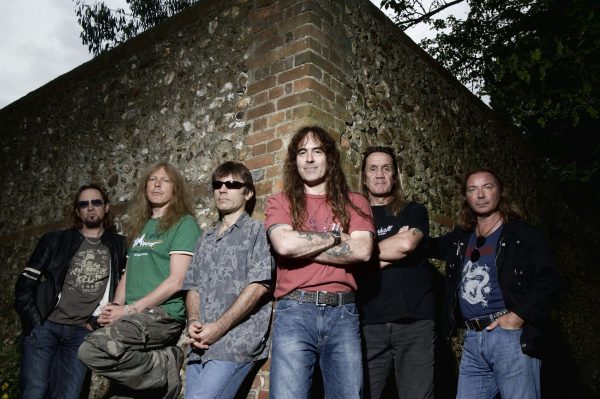