The anticipation of the new Iron Maiden album “The Book of Souls”, is at fever pitch in the Overdrive office and with this new video teaser, it’s literally pushed us over the edge! Watch it here! 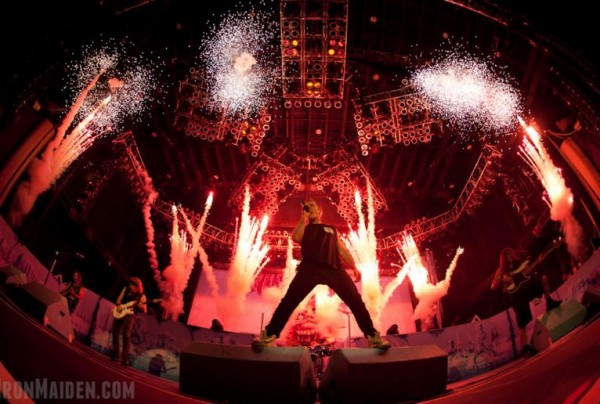 Without a doubt, the biggest heavy metal band of all time, Iron Maiden are on the brink of releasing their 16th studio album ‘The Book of Souls’ globally on September 4th via Parlophone Records. Check out the album teaser video below!

The stunning cover art was created by Mark Wilkinson, who has worked with the band previously, and because this 11-track album has a total running time of 92 minutes, it is IRON MAIDEN’s first ever double studio album. There’s a broader split on the songwriting compared to previous Maiden records, with bassist and founder member Steve Harris contributing to seven of the tracks; 6 of them with Maiden’s guitarists and one sole composition. This is also the first time since 1984’s Powerslave that an IRON MAIDEN studio album also features two tracks written solely by Bruce Dickinson, one of which is the longest song Maiden has ever recorded! And also two Dickinson/Smith collaborations. 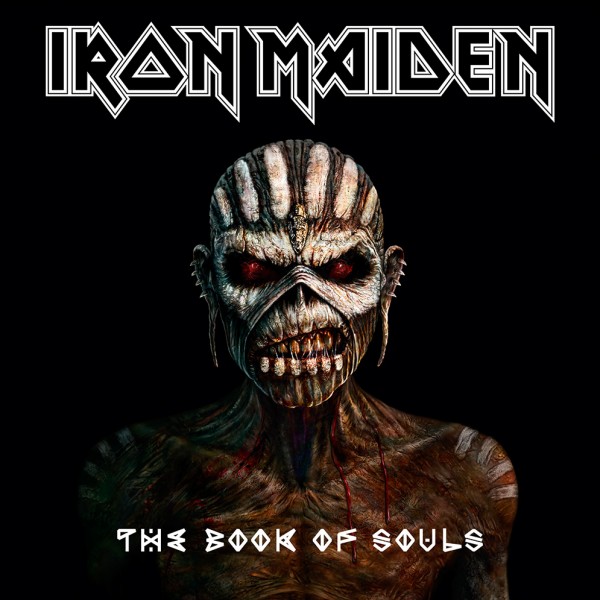 “We approached this album in a different way to how we’ve recorded previously. A lot of the songs were actually written while we were there in the studio and we rehearsed and recorded them straight away while they were still fresh, and I think that immediacy really shows in the songs, they have almost a live feel to them, I think. I’m very proud of The Book Of Souls, we all are, and we can’t wait for our fans to hear it, and especially to take it out on the road next year!”

“We’re really excited about The Book Of Souls and had a fantastic time creating it. We started working on the album in late summer 2014 and recorded it at Guillame Tell Studios in Paris, where we’d done the Brave New World album back in 2000 so the studio holds special memories for all of us. We were delighted to discover the same magical vibe is still alive and very much kicking there! So we immediately felt at home and the ideas just started flowing. By the time we’d finished we all agreed that each track was such an integral part of the whole body of work that if it needed to be a double album, then double its going to be!” 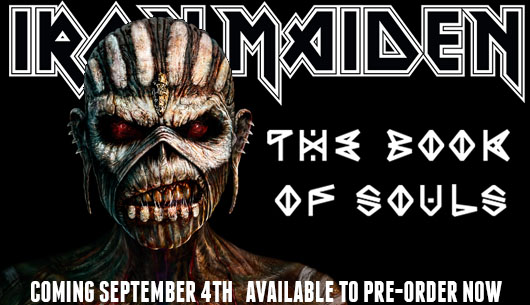 The full tracklisting is:

The Book Of Souls is the band’s 16th studio album since their eponymous debut in 1980 charted at #4 in the UK, in a career achieving sales of over 90 million albums worldwide. Their previous album, 2010’s The Final Frontier was Maiden’s most successful chart-wise to date, reaching Number One in 28 countries and was their highest chart debut in the U.S reaching #4 in the Billboard 200.

Due to Bruce’s illness the band had to delay touring plans but promise to be out on the road again early next year, giving time for Bruce to make a full physical recovery to be ready for the rigours of Maiden live performances. 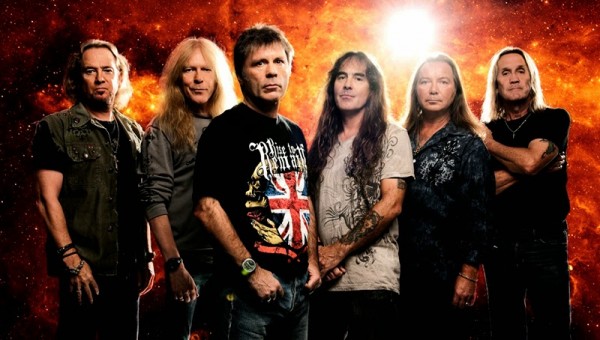