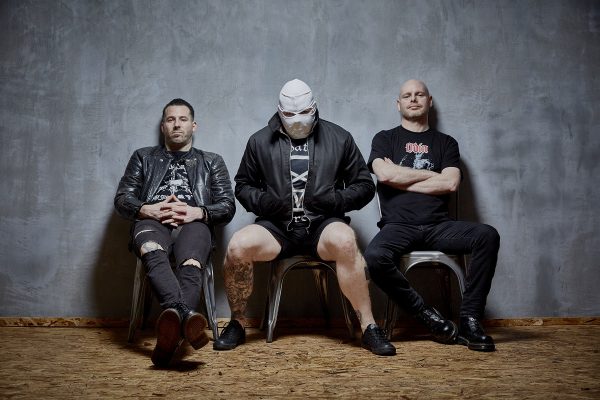 Heavily influenced by the nihilistic sound of groups like Eyehategod, Buzzov*en, Floor and Grief, IRON MONKEY originally formed in Nottingham, England in 1994 and released two full-lengths (1997’s Self-Titled debut and 1998’s Our Problem), a live album and a split with Church of Misery before splitting in 1999. 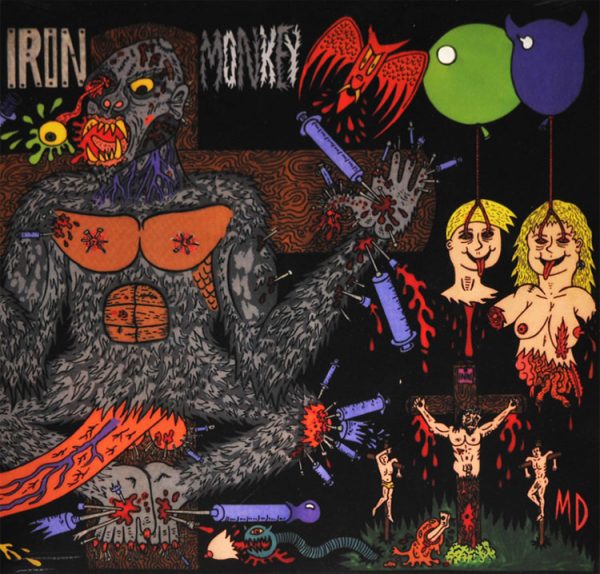 Now, almost two decades later, the band has decided to reform as a trio with co-founding members S. Watson on bass and J. Rushby on guitar/vocals. They’re rounded out by new member S. Briggs (Chaos U.K.,) who also played with original IRON MONKEY vocalist J.P. Morrow in the short-lived sludge supergroup My War.

Overdrive can repot that IRON MONKEY has entered Moot Group studios in Nottingham to record a new album with Johnny A. Carter (ex-Pitchshifter). The album will consist of eight tracks plus a cover song and a late summer / early fall release is expected via Relapse Records.

The band commented on the reformation and new material:

“We’re older, more cynical, more isolationist. Musically, we’re more aggressive, more focused – a direct assault. We intend to take what is rightfully ours, usurp the scene, then crush its skull.”

Stay tuned for more details on IRON MONKEY and follow the band on their new Facebook page here.

IRON MONKEY was beaten to life in the year of your Lord, One Thousand Nine Hundred and Ninety Four, at the location of Nottingham, England.

IRON MONKEY shit out 6 disgusting tracks of raw sludge-core that were released on the Union Mill label then later on Earache Records.

In his own words, Iron Monkey’s, J. Rushby, gives a brief history of the band.

During this period S. Watson was thrown out for being transgressive and replaced by God’s lonely man Dean Berry.

“Nineteen-Ninety-Eight saw the release of the album Our Problem, also on Earache Records, a masterpiece of negative rock that instigated peace on earth and goodwill to all men.

This was succeeded by a split release on Man’s Ruin Records with Church of Misery from Japan.  J. Rushby soon abdicated and the band found a replacement in the manner of S. O’Hara of Acrimony.

The band reformed for no reason in the winter of Two Thousand and Sixteen with original members J. Rushby and S. Watson, with the addition of current Chaos UK drummer Brigga, forming the shape of an inverted black triangle of vitriol and phase two of operations.

IRON MONKEY do not care about your scene, bands or opinions… ELECTROCUTION, DOOM, OMEGA OMEGA OMEGA.