Whoever said hard work gets you nowhere, can most certainly eat their words especially when looking at Ireland/Australian hard rockers, Jailbirds. The Dublin-based foursome have just inked a deal with Golden Robots Records and are about to start their journey for world domination! You have been warned. 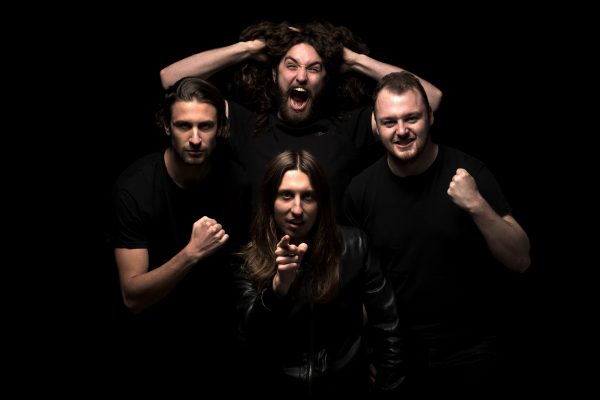 Originally hailing from Sydney, Axel and Jay McDonald, the former a shit-hot guitar player with the voice of a rock god, the later a tub-thumping maniac, landed in Dublin, Ireland a few years back and hooked up with a couple of locals, Ed Orr, who plays a mean axe and Jamie Trible, a four string god of thunder.

Throwing all their influences in the ring, the Jailbirds pull out the best parts of Oz Rock legends, AC/DC, Rose Tattoo and Airbourne, throw in the groove of Thin Lizzy, the histrionics of Iron Maiden and the stadium sound of the Foo Fighters and deliver something sorely lacking in today’s overly PC music climate. Balls. 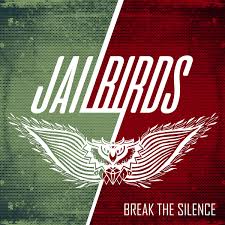 Pure, unadulterated rock n fucking roll is what the Jailbirds are all about. Having a good time all the time. Big guitars, big drums, big smiles. The band released their first EP, Break The Silence in January of 2017 and immediately got a stack of airplay in Australia, Germany and the UK and had a nice little piece in Classic Rock Magazine!

Since the release of their EP, Jailbirds have been busting their asses on the live circuit, supporting a stack of great acts including, The Answer, Tyler Bryant & The Shakedown, Y&T and the mighty Anvil! Several headline tours of their own around Ireland have also got the Jailbirds in top form to record their second album, which will be their Golden Robot Records debut.

The as yet untitled album is scheduled for release later in 2018 as is a full-blown European tour.

In the meantime, get a taste of  Jailbirds via the brand new Crooked Gentlmen produced video for One Hell Of A Fight taken from the Break The Silence EP.
Watch it below;

Axel McDonald says of joining Golden Robot Records ‘Jailbirds are very proud to have signed their first deal with Golden Robot Records. This will be a major step towards properly establishing the band and with their help, we can’t wait to take our music out of Ireland and bring it to the rest of the world. We could not be prouder that Golden Robot, a label dedicated to rock n roll music will be there with us along the way.”

Mark Alexander-Erber, Golden Robot Entertainment Group Founder and President: says ‘Having known the brothers for some time and watching them develop through a few bands I knew it was time to sign the Jailbirds before the rest of the world Found out how exciting they were and with some involvement from Golden Robot and our worldwide team the sky is the limit, I think they can take the mantle from AC/DC and Airbourne with there debut album , but hey no pressure now‘

Plus Golden Robot Records incredible line-up of Aussie acts, lead by Rose Tattoo and featuring The Lazys, Palace Of The King, The Lockhearts, Fyre Byrd and many more.